Originally published at: The Cox E-Z Flyer was a tiny fueled-model airplane attached to a string | Boing Boing

I remember these, and it was one of the few times as a kid I realized the promise wouldn’t meet the reality and avoided getting one. I would have crashed it within moments. One day soon, though, I may have an actual RC airplane, which I’ve been wanting easily just as long.

I also had variations of the string plane. The cheaper ones where, for some reason, easier to fly. I tried to go form those to RC. It wasn’t pretty.

Yeah, I’m anticipating um… some difficulties with RC. I’m going to get one of those computer trainer setups first to practice.

Back in the early 90’s my parents got me a limited subscription to a hobby airplane magazine. It may have been called “Flying Models” based on the Google image search. It covered everything from actual models to radio controlled. Control line planes certainly showed up from time to time. The section I enjoyed the most was about free flight, not gliders, but rubber and electric powered ultra light weight planes. Considering we are talking about the 90’s it’s amazing that electric free flight was even a thing. I owned several of the planes created by Peck Polymers including at least 3 of the one shown below. I still have the plans for this one. I learned a lot of about scale, weight, and torque building these things. 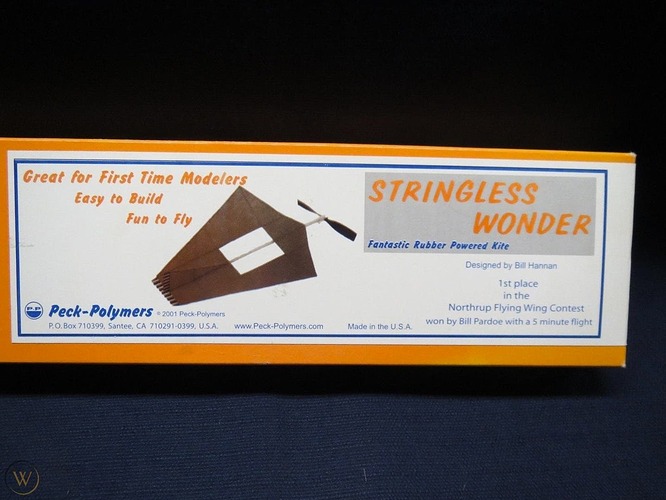 .
Great memories. I had the Piper Cub variant. Mostly just as stated: around a couple times, then crash. Then on to balsa kits…
built three or four. One nice biplane looked promising until the guy flying it tried aerobatics

. Some people (not me) really could control them though, even the nine dollar Cox types.

My uncle had a model spitfire tether plane. It was big, heavy, covered in sharp edges and absolutely fucking terrifying.

I had one of those. It had a little engine. Unfortunately, the fuel line got brittle and cracked and the fuel seemed to melt some of the plastic parts. I rebuilt it by stealing a few inches of aquarium air pump hose and replacing the plastic part with a paper clip. I don’t remember getting too dizzy from it, but we were a poorer family so spinning in circles until we saw stars was a normal pastime.

The unforgettable smell of these tiny engines has stayed with me for decades. Fortunately, our family never owned one of these guaranteed-to-crash wonders. My dad did own a scale-model Corvette that used the same type of engine as these planes and it also ran in a circle (but on the ground) - which was a lot safer.

I got one of these when I was around 10 (ok, my DAD got one of these, laundered through my Christmas). I remember being fascinated by all the stuff you had to do to get the engine to start, and how it smelled, and how incredibly dangerous the entire enterprise was.

I had the Stuka version. Suffice to say that I did my part to destroy the Luftwaffe

Did the pilot get dizzy?

Yes, very much so.

I remember these, and it was one of the few times as a kid I realized the promise wouldn’t meet the reality

I too remember seeing someone playing with one of these at the park, and I immediately thought “how is that fun? Why even put a motor on it, you could just spin around and get the same effect?”

The Cox Cosmic Wind was my gateway into powered model aviation when I was 9-10 or thereabouts, so 1987-ish. I don’t recall being able to keep it in the air longer than about 30 seconds or so before slack lines freed it from all earthly control. And that was only on the rare occasions my dad (a lifelong internal combustion expert) could get and keep the damn thing running. I didn’t manage to destroy it but it was certainly was a frustrating disappointment at that age.

Lucky for me (I guess), I continued launching things skyward long enough to get pretty good at it. I got into RC in the mid 90’s, quickly ditched glow engines for (Quiet! Clean! Reliable!) electric power, and haven’t looked back. Now I regularly send send things like this into the air and usually bring them back in one piece. 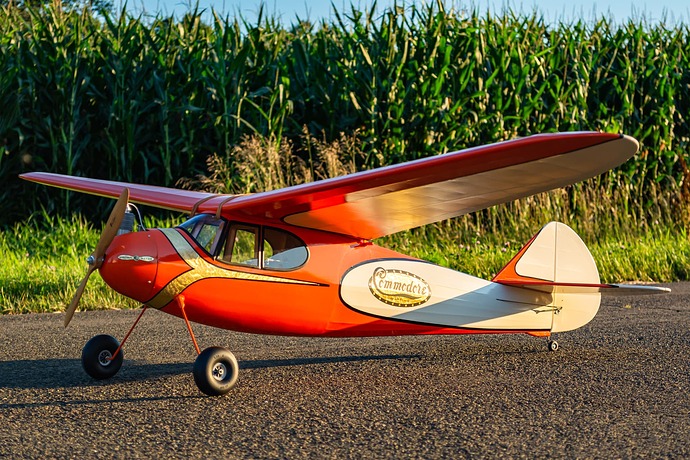 Don’t sweat it. All decent beginner types have electronic stabilization nowadays. A little sim time will help in preparation, of course, and joining a club with an instructor will shorten the learning curve. But pretty much everything is made from foam and any minor prangs can be fixed with a little glue, tape, and toothpicks. Anything more major, replacement parts are fairly cheap.

That gentleman had quite an apparatus to start the little gas engine. I recall using a 9-volt battery. Built a few planes but never had much luck flying them. 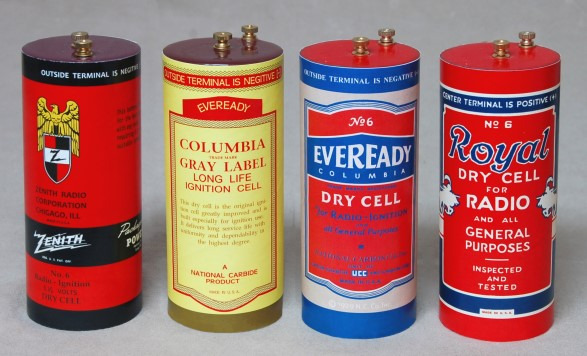 Infinitely more interesting to me in my childhood were the cheapo balsa flyers. I remember seeing a kid wind up the rubber band so tight I thought it would break, then he launched it and it flew up and over the stands at a softball game, just inches above the heads of everyone on the top bleacher, landing perfectly in the grass behind the dugout. 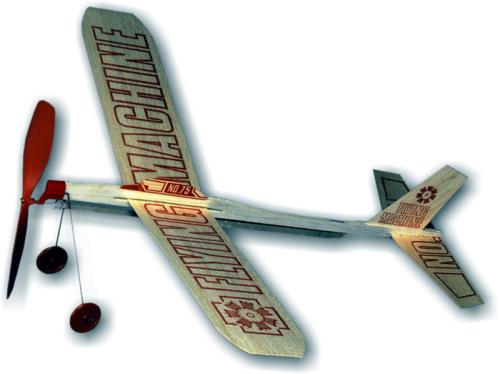 You even mentioning this immediately flooded back memories of that feeling that you would get when the rubber band went from just being twisted to starting to, I dunno, knot up?. “Now we are serious!”

Yes! And if you kept going, it would double-knot! Of course, at that point, when you let it go, the torque would flip the thing over, but it was impressive even so.

One Xmas my older brother and I received Cox control line airplanes. He got a P-40, and I got a rather cheesy looking thing that had a jet-like airframe… but with a propeller; even at 7-years-old I knew what a jet was supposed to look like. I hated it from the get-go. Only the P-40 got flown, and that only once when, in the big open field in B’klyn’s Prospect Park, one older kid decided to come running in for a closer look at the P-40 while it was in flight. The kid’s bare arms got cut up some when he ran into the thin metal control cables. Dangerous toy revealed! So, our folks put the kibosh on us ever flying them. I was not unhappy about that. A jet with a propeller. Come on.

A jet with a propeller. Come on.