I’ve always figured that this is a hobby where you had better find the building at least as fun as the flying.

I don’t know much about the hobby, and I’m super impressed at how big some of them are. But at that size, the mass is much less forgivable too. I wonder if for some of the big crashes the money is in components that can be salvaged? I mean the hours ‘cost’ a lot, but it’s a hobby.

I too had no idea they were flying 1/2 scale biplanes! My favorite was the helicopter ready to take off that got run over by the plane!

Wow! I had no idea how big RC planes are these days. And turns out there are 2 hour long youtube videos of model airliners that are 20 feet long or more: https://youtu.be/Q8D9UgdwoL0

Thanks, BoingBoing for another window into a strange and wonderful subculture.

Damn, those are huge planes. I wasn’t expecting that; I expected some 2 or 3 foot long RC planes. The size makes it all more painful, as I assume that means repairs are proportionately expensive, and all these large planes, out of control, near groups of people made me really nervous. Looks like there were a couple of close calls, there.

These must have all been shot in the UK, because I’m hearing a lot of understated "oh, dear"s in there.

My favorite was the helicopter ready to take off that got run over by the plane!

Yeah, what the hell was going on there? Surely when you’re flying bits of kit as expensive as these, you have a rigorous system in place to keep the runway clear to avoid thousands of dollars of equipment being destroyed.

Also that mid-air collision that the camera missed - one of those planes was completely reduced to confetti.

model airliners that are 20 feet long or more

It’s insane - they’re literally in the size range of actual, manned aircraft. (I know there are some ultralights that are around 20 feet long.)

I live a couple miles from a small RC park that a local club has built in a pasture. It’s pretty nice and I occasionally sit on the side of the road and watch, but I’ve never seen anything this size. Pretty impressive, although I’m not sure what’s worse, watching your hard work turn into an unrepairable pile of rubble after it augers into a smoking hole in the ground, or watching it disappear over the horizon, never to be seen again when you lose control.

At least a couple of those incidents were mostly a result of the grass landing strip - in ‘scale’ terms - being much rougher, relatively, than for a full size (and, in particular, full weight) craft. If the smoothness of the landing strip could be scaled accordingly, one or more of those landings might have been successful.

I’ve seen some of these models, and in flight, with nothing to compare against for size, they look exactly like the full-size original, because their mass makes the flight very stable, there’s no wobble. One in particular was a C-17 Cargomaster, powered by four turbojets, the sort that some lunatics use on jet-powered wings strapped to their backs, and it was just like seeing the ones that regularly fly over where I live and work!

I too had no idea they were flying 1/2 scale biplanes!

That blue and white Fokker Triplane is probably 2/3 scale. Which kind of begs the question - why not go the whole hog and build a actual Fokker Triplane?

Every flying toy I ever owned shared the same story arc.

I have a vivid memory of 10 year old me watching an enormous Günther Flugspiele glider heading out over the Irish Sea at an altitude of 600 feet and climbing. I had this really confusing emotion of tragedy 'cos I knew I’d never see the thing again mixed with majesty at the way the plane flew, rock solid, gaining altitude, determinedly out to sea.

There’s not a doubt in my mind that that glider made it all the way to Wales.

why not go the whole hog and build a actual Fokker Triplane?

Workshop/storage space limitations perhaps. And maybe as long as it is a ‘model’ it complies with different regs? (I have no idea.)

Yeah, I guess building a full scale aircraft out of certified materials and all the regulation involved with that process escalate the cost exponentially.

I wonder how that is defined. There is such a thing as a full-scale model.

(Full-scale model being not the real thing / not capable of doing what the real thing does.)
Would ‘not carrying any live humans’ and being remote-controlled make a difference?
That probably needs some serious and arcane googling or a BBer with expertise to advise.
Hey-ho.

I’d say it’s the carrying of a human that makes the difference.

I’ve never owned a RC aircraft but I believe it’s not terribly regulated. I think you need a licence for the radio and probably third party insurance is a good idea.

To build your own aircraft you have to use certified materials, regardless of whether those materials are timber, aluminium or seat foam. It has to be material specifically for aircraft and it’s more expensive than regular materials. Everything has to come with a piece of paper. You can’t just go down to Home Depot and pick up some nuts and bolts.

You register the project with your local Aviation Authority and are appointed an inspector who will come (at your expense) and check on your project at various stages. You also have to record the whole process.

And when you’re finished, you need to engage the services of a test pilot (at your expense) to sign off on your aircraft.

There is a saying in the homebuilt aviation world that an aircraft cannot fly until it has generated it’s own weight in paperwork. I believe this is approximately true.

Then in order to fly your aeroplane, you need an appropriate licence which is actually a book full of completely different paperwork.

In the US there is a whole industry dedicated to the building of homebuilt aircraft and I believe there is a category of ultralight aircraft that has relatively few restrictions. On this side of the Atlantic, although it’s possible to built your own aircraft, it’s not exactly encouraged.

I had a telephone conversation with someone in the Irish Aviation Authority who actually started laughing at me as I explained that I wanted to design and build my own autogiro. Apparently building the thing was only mildly amusing. That it was an autogiro was pretty funny. That I was going to design it was fucking hilarious! It seems that in Ireland you can only build approved designs, preferably from a kit.

I’ve wanted to design and build aircraft since I was a kid when my Dad brought home a book called The Design of the Aeroplane by Darrol Stinton. I’ve read and reread that book my whole life. 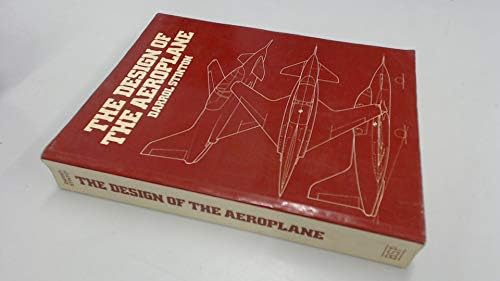 The Design of the Aeroplane

Yeah, I, too, was impressed by the size. The first one looked pretty normal, and at first I thought the second one was just another small model plane. Right up until the two guys ran over to it, at which point I started thinking “you could fly a small adult in that thing!” Impressive - and expensive - hobby they’ve got going. One day, I’ll probably get into it myself, but I’ll start out with those cheap computer simulators that let you practice flying these things first. Might save a little money when/if I ever get a real one.

A colleague of mine built his airplane - a Rutan Long-EZ. No kit here - some few of the parts were purchased, but the fuselage and wings were built up from scratch.

Since the aircraft is experimental, the test pilot for the first flight had to be the builder.

I did that last one over Mars in a D-7 while playing Klingon Academy.

Remember control line aircraft, R/C’s baby brother? I had one for a very short time. I went around with it an few times before trying to get it to elevate. I tried and tried but it wouldn’t rise. Then it went straight up and, with my correction, straight down. I don’t think I ever found all the pieces. Shortest control line career in history, I imagine.

My experience exactly. A balsa biplane with a .049 engine. I built a couple more planes after that but didn’t fly them