The creepiness of a sonically dead room

Originally published at: The creepiness of a sonically dead room | Boing Boing

At the risk of being grumpy, why post paywalled articles…?

The creepiness of a sonically dead room

With all other sound deadened, you can hear the boundless daemon sultan Azathoth, whose name no lips dare speak aloud, and who gnaws hungrily in inconceivable, unlighted chambers beyond time and space amidst the muffled, maddening beating of vile drums and the thin monotonous whine of accursed flutes.

you can hear the boundless daemon sultan Azathoth,

That’s you, that is!

(Not you @euansmith, of course, but in such a chamber it’s yourself you’re hearing - you are Azathoth)

Same with death valley. It feels like your voice is lost into a void as it leaves your mouth.

I’ve been lucky to be in one once, and can confirm the experience is truly bizarre, and really cool.

The standard Sound Booth we had here at work to do isolated vocal recording used to freak me out after a couple of minutes, my Boss used to sleep in it though and he loved it. I know people who have been to the one at Shure microphones and said THAT one is truly freaky, like your voice just sounds like it is falling out of your mount.

Can confirm. I’ve been in electromagnetic anechoic chambers and many of them are built in a way that absorbs the sound also. It points out how much sound and echoes you are normally living with, when they go away. If you want to talk to someone else who is in there with you, you want to be pointed at them, otherwise it can be hard to be heard and understood.

It would be really interesting to compare the experience in these rooms of autistic people who are sensitive to sounds vs. neurotypical people. My guess is the autistic people would still get get the creepy vibes, but it would take longer for us to get to that point.

Acoustician here. I am apparently unusual, in that I actually enjoy spending time in anechoic chambers. I’ve been in half a dozen over the years. Didn’t find them creepy at all, really. Reverberation chambers are also fun. A small(ish) room that sounds like a cathedral is a neat trick. Sound is cool.

The effect was employed to great effect by The Residents (at least in their early works). Dead acoustics was right in their wheelhouse.

Hmm. Would you describe the effects as “eldritch”? Innaresting symptoms. The “beyond time and space” thing leads me to suspect you were slipped what we call in the trade a Shulgin Mickey. I gonna refer to you to Dr. Benway.

I’ve tried one once, but it can’t have been very good: I could still hear the music. 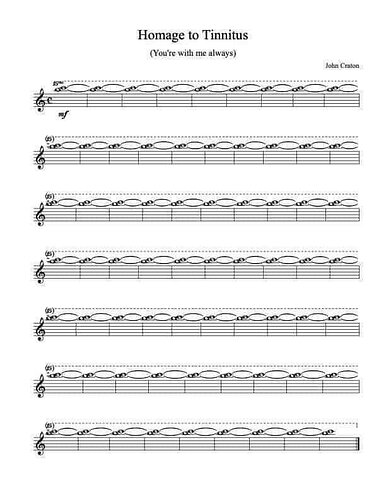 The Mythbusters covered that a while ago. It does echo, but it turns out that the quack of a duck sounds a lot like the echo.

When I was getting tested for tinnitus they put me into one of these, I loved it.

But then again, I hate the sound of vertical blinds slats smacking into one another when being drawn upwards, as well as the sound of water from a bathtub faucet hitting the button off the tub. Yeah, I’ve got problems, but anechoic changes aren’t one of them.