The Desolation of Tolkien

Forgive my ignorance, but whose decision was it to make the Hobbit into a trilogy? If it was not Jackson’s, he may have been forced to add in more action and characters than he would have liked. That’s not to say he might not have been able to better fill the extra time, but it may have put greater pressure on him to make 3 films with an appeal outside that of Tolkien fans…

Trilogizing it was pretty much Jackson & Co’s idea. I am OK with that. Cynics can say it was for the money - I think it was to expand the “Tolkien experience” and that pleases me. Jackson’s liberties all seem generous and caring towards the literature. Some of the liberties are canon, some expand on what is there, and some are pure inventions. It’s quibbling to pick them out - such as the stone monsters in the first hobbit installment (added nothing). Haven’t seen Hobbit 2 yet, but something I think will make me quibble is this: Why use a voice actor with distinguished voice for Smaug at all, if you are going to disguise his voice like a 60 Minutes witness protection artificial effect? I like the review in BoingBoing, fairly done.

Cool write-up. I loved the book, and watched the first movie with no prior knowledge of the variance from the book’s storyline, so I was quite surprised in the theater. But I absolutely loved the movie. It doesn’t tell the same story as the book, but I thought it was really cool how the LOTR storyline was integrated into The Hobbit movie #1 to make the whole series a little more cohesive. I have no doubt that movie #2 will please me too, though I’m not expecting to watch The Hobbit; I’m expecting to watch an almost completely new story, a story which really is prologue to the LOTR. I always thought that The Hobbit never really had much to do with LOTR, and I think it’s neat that the story has been adjusted to fit together better. I still love the book, of course, but I like it better as a standalone than in association with LOTR.

However, I’m super [expletive] pissed off that they decided to shove Legolas into this story. I dislike Orlando Bloom in general, dislike Legolas in the LOTR movies, and I’m pretty sure he’s not going to add anything to this movie.

Haha. You know, I don’t feel as strongly about Legolas, but I do think he was shoehorned in to sell action figures, and the “love triangle” sounds out of place if it is as reported and shown in the trailers. If Legolas is doing all this fighting the Necromancer business before LOTR, how come he comes to the Council of Elrond with a clean slate? This reminds me a little bit of how George Lucas (brilliant film maker bad story teller) worked himself into corners with his Star Wars story line.

I agree with pretty much everything here! I enjoyed the movie, was a bit let down by some things and some of the choices made but I think it will generally work pretty well in context when the third film comes out. Kind of like The Two Towers actually.

The unlikely romance was really dumb. It didn’t even vaguely serve the plot… its sole purpose was as the excuse to get Legolas to come to town and f up all those orcs. Most of which I have to admit was pretty cool, but it was highly unnecessary, and took time away from other characters you actually care about.

I do actually really enjoy all of the other extra stuff put in - the stuff drawn from Tolkien’s actual writings especially. As much as I like the book and admire its pacing and economy in storytelling, I don’t think a straight adaptation would have been as satisfying. I suppose I did enjoy the straightforward animated adaption but I last enjoyed that when I was a kid and I’m not sure I would as much now.

One thing I’d like to mention not covered in this review is the high frame rate. I went to the double feature last night (the first film at 8:30, second at midnight) which was presented in the high frame rate. I saw the first one last year in IMAX, and I just didn’t realize how much I’d missed until I saw the HFR version. The elaborate escape sequences in particular are astonishing to behold.

It does look a bit wonky at times but over all I think it adds a lot to the experience. Especially with the 3D, which is astoundingly good at the higher frame rate. Easily the best I’ve seen.

I think there are more than enough scenes featuring events and actions that change Bilbo, but they’re definitely not given enough time. It barely feels like he’s in this movie. The most effective scene showing his character development in the first film was when he decides not to kill Gollum (following Gandalf’s advice), and then the follow up when he tries to save Thorin. It’s sort of presented in the second film that he undergoes similar changes (as mentioned in the review), but it definitely doesn’t really feel like it (other than a “precious” anger-state).

As long as there’s no Jar-Jar, I’m fine.

A little bit of a sidenote here:

I’M STILL MAD THAT THEY LEFT TOM BOMBADIL OUT OF THE LOTR MOVIES.

Anybody else know how I feel?

Didn’t quite grasp at first why the orcs would want to kill a shelf.

I’m just looking forward to the release of the third Hobbit movie so that finally, my dream of queueing up all of the Tolkein films on departure from Sydney, and relaxing in Middle Earth until touchdown in Frankfurt, can be fully realised. I found the first Hobbit a terrible disappointment, and I expect the remaining two will be also, but by hour 13 of the flight I don’t expect I’ll care very much, as long as the pretty scenery, pretty elves and stirring music keep chugging along.

Legolas makes more sense than this other random new character they’ve made up. His dad’s in it, at least. If Tolkien had invented Legolas by the time he wrote The Hobbit I guess he’d have included him too. Bloom’s a horrible actor though. And I see national fucking treasure Stephen Fry is in this one too. Spare us!

Part one was a bloated mess, and this one sounds no better. I hated Jackson’s changes to LoTR but admired his ability to realize Middle Earth. The Hobbit films are a bad idea, made purely for the money.

Tell us how you really feel… don’t hold back…

I personally found the 1st Hobbit movie to be astonishingly terrible. Video-gamey color schemes and special effects, long and pointless extra scenes that add nothing to the story, and the padding… so much padding… Also, a gaff right from the start: Exposition is a thing you use when you need to save time but have too much information to pass along. The general rule is avoid it if at all possible. In a film that is already going to be padded to hell, where they have time to try and kill, why on earth (or middle-earth) would they start with several long minutes of exposition.

This review of ‘Desolation’ seems to agree with me, and promises more of the same: 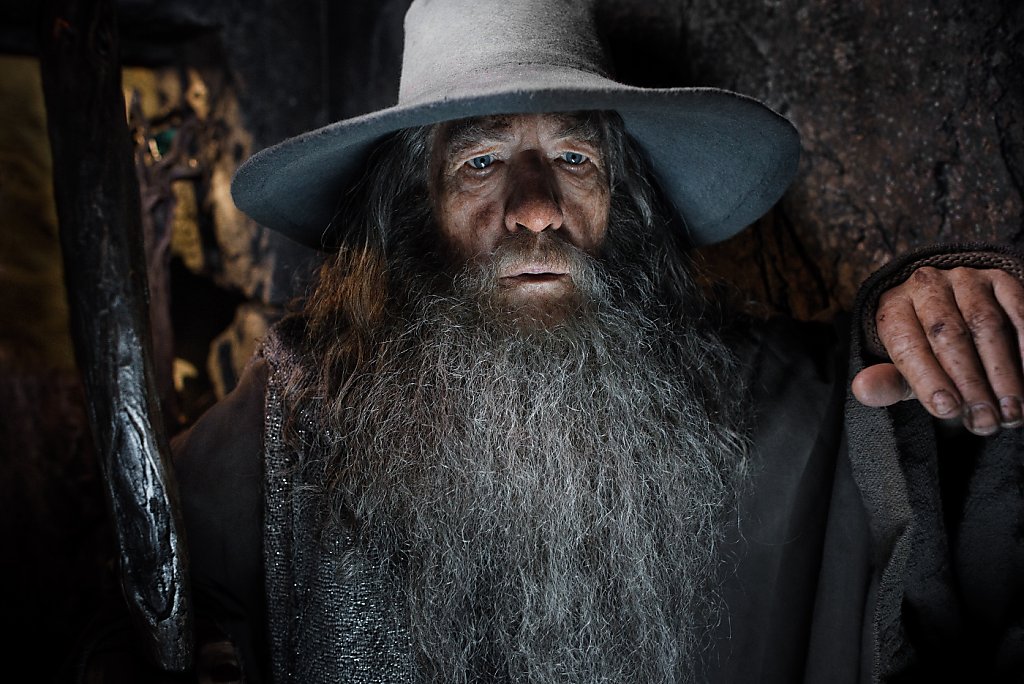 'The Hobbit: The Desolation of Smaug' review

After making three films from three Tolkien books, Jackson has now made the second of three films from one comparatively brief novel, a 161-minute would-be epic, in which the strain to stretch and inflate is apparent in virtually every frame. How it...

I’ve seen some other reviews that are friendlier, but they all have the reek of someone higher up saying ‘they are an important advertiser, make it sound good’…

I personally can’t wait for the fan edit that turns all 3 movies into one roughly 3 hour film that might be worth watching.

(And as a side note, I loved the LotR series. Have all the extended versions.)

I personally can’t wait for the fan edit that turns all 3 movies into one roughly 3 hour film that might be worth watching.

(And as a side note, I loved the LotR series. Have all the extended versions.)

Because where there’s a shelf, a gazebo can’t be far behind.

Fans Outraged at New Character in The Return of the King

they somehow got the (terrible) idea that doing a three-film treatment in the style of sweeping epic drama about a book with totally different scope was a good plan.

I suppose we should just be grateful that there are no announced plans to film the Silmarillion, in which the entire story of LOTR constitutes 1 or 2 paragraphs. One lifetime would not be long enough to watch the Jacksonian vision of this “epic”.

Absoposilutely know how you feel about old Tom…since that’s the way I feel about the bizarre elision of the Scouring of the Shire. What were PJ and PB thinking?