The film studio that made movies backwards

Originally published at: The film studio that made movies backwards | Boing Boing

This is a very valid way of going about creating any sort of visual medium in my opinion. Very often for instance a modern video game will start with only the vaguest idea of genre and gameplay in mind, but a ton of work will go into concept art to flesh out the design. 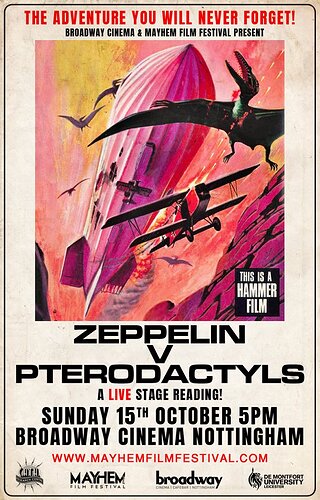 Not unlike magazine editors comissioning stories to match cover paintings already in inventory. One that comes to mind is Jack Vance’s “Gateway to Strangeness” (aka “Sail 25”) in Amazing Stories, written to match an Alex Schomberg painting. In a sideways-similar anecdote, an editor suggested that Jack write a space opera–which resulted in Space Opera, which is about an opera company on an interstellar tour.

This is not unknown in software development, either. It may be a universal phenomenon

Happens all the time in Star Wars. Fans saw about ten seconds of Boba Fett in the background of one film and thought he was so cool that he ends up becoming a main character, and even got his own tv show.

And modern movies (at least action movies) are pretty much made so as to include shots that would make a cool preview trailer, aren’t they? I can imagine a meeting where a producer describes all the shots in the preview, then the writers ask “How in the world can a plot line connect all of those events?” and the answer is “That’s your job”…

And modern movies (at least action movies) are pretty much made so as to include shots that would make a cool preview trailer, aren’t they?

Most of the shots in the original Rogue One trailer didn’t even make it into the final film. Somehow the film still turned out well though.

There is a lot of Rogue One missing trailer footage. What do these snippets that appeared in the marketing but not the movie tell us about the reshoots?

I’d wager a lot more movies are made this way even now than people think.

I love the Mission Impossible movies, but I would not be surprised in the slightest that they work from Ethan Hunt’ / Tom Cruise’s big stunt backwards , and that the promotional material Cruise gets sold for the plot is pretty much a light summary and the phrase “You get to jump your bike onto a plane and then parachute off the plane into another plane” or something.

And modern movies (at least action movies) are pretty much made so as to include shots that would make a cool preview trailer, aren’t they

it is said that the final battle in avengers end game came years before many of the other marvel movies were made. they knew how they wanted it to end and worked their way there