Long read but worth the time. 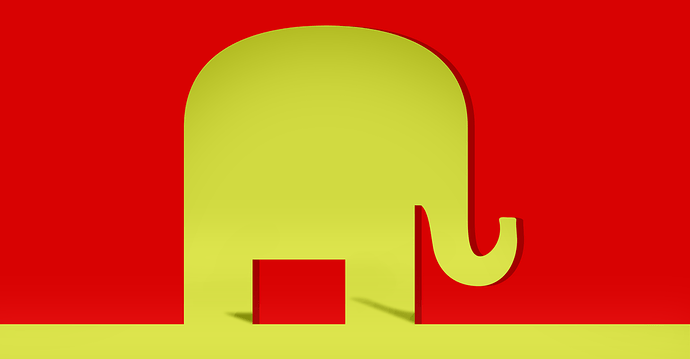 Republicans are remarkably quiet on how they would govern and what they seek to accomplish in the coming years.

RESOLVED that the RNC insists nothing can change, nothing matters, nothing is real, and having positions or principles is just an obstacle to winning for its own sake

Hey, at least he got the backing of most of his family.

What are we against? Those guys!

What are we for? Being against those guys!

Not a quote-glitch, it’s in the original. Guess they’ve resovlved to not hire any proofreaders.

Guess they’ve resovlved to not hire any proofreaders.

Not until they’ve had their covfefe, anyway.

So half of the key speakers for their convention is literally the Trump family? Do these whackos not understand that the United States of America is not a monarchy?

Do these whackos not understand that the United States of America is not a monarchy? 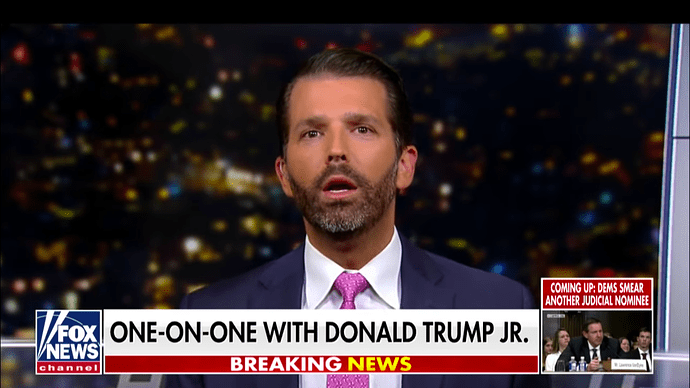 Don Jr: If My Name Was Hunter Biden, I Could "Make Millions Off My Father's...

The most oblivious man in politics strikes again.

Spellcheck is clearly a leftist plot as well.

C’mon, GOP, we already know you went full fascist a while back. No need to re-state the obvious.

Do these whackos not understand that the United States of America is not a monarchy?

If Gil Scott-Heron were alive today, he’d be a Republican. 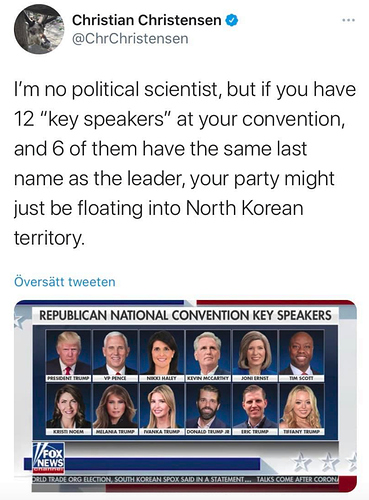 Half of the people in that lineup are trumps. Let that sink in…

I had to wipe my glasses, because what I first saw in that line was ‘half the people in the lineup are turnips.’

I was disappointed in rereading it. I’d prefer turnips.

To quote the late Molly Ivins, “It sounded better in the original German.”

(Bonus: Here’s the cover of German newsmagazine Stern from 3 years ago today. You can’t say they didn’t try to warn us.) 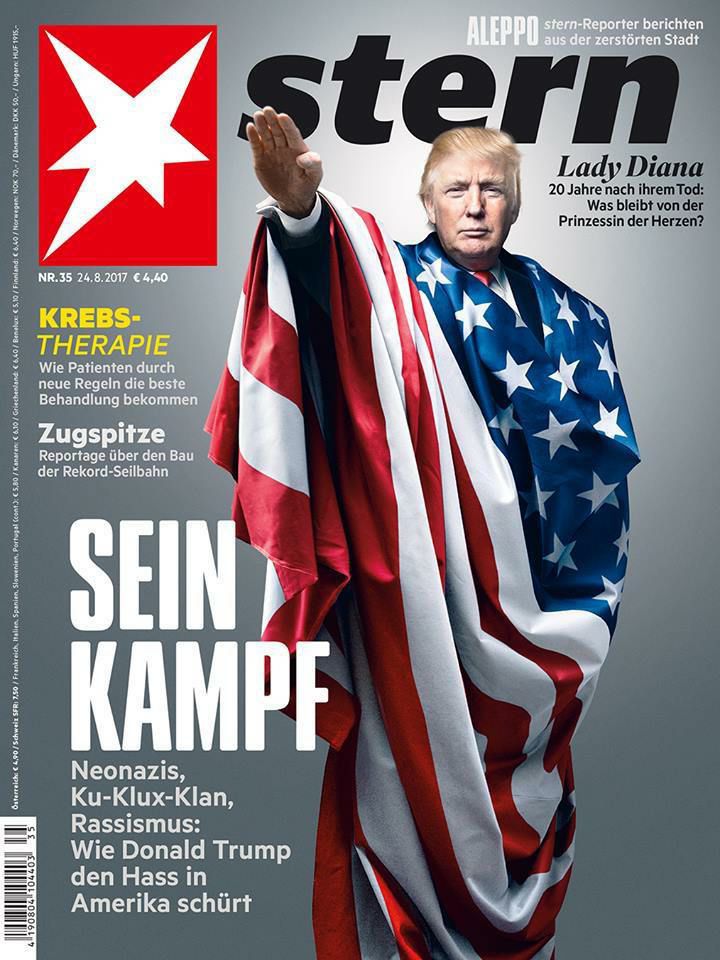 He is something much less than a moron. But him saying this works, on the sorts of people who’d watch Fox News.

If you’re too addled by inattention, advanced age, spite, pills, booze, and lack of education to follow a sentence from one end to the other, then all you retain is a vague sense that certain nouns go together; in this case “Hunter Biden” and “nepotistic grift”. Having Diaper Don on the screen only serves to amplify the latter.