I have to check it out.

On the Netflix… Also, special added bonus of Sam Waterston and Martin Sheen! 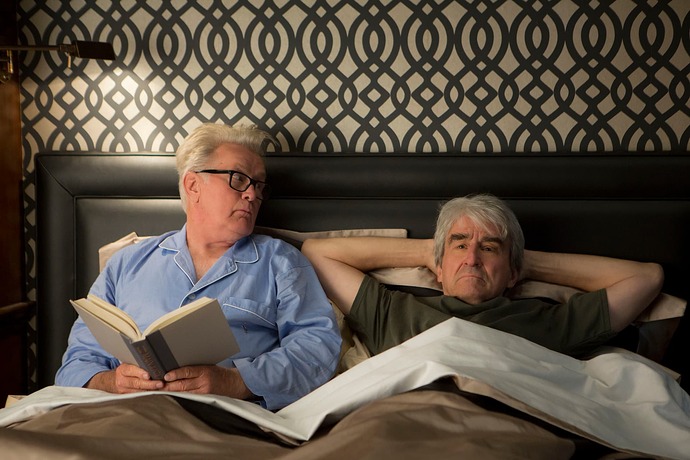 I thought thevexact same thing. I’d love to see all these women in a movie. But Tom Brady? Yuck yuck yuck.

Yeah, my university library just dropped a ton of the items that used to be available on Kanopy.

Update on this: These items were dropped last November, after my French New Wave teacher had put together her syllabus for this term under the assumption that the class films would be available on Kanopy. This is problematic because, while she can play the appropriate films in class using her Criterion account, the students can’t easily reference the films later. And they may not be able to get Kanopy accounts with the city library as they may not officially be city residents.

FWIW, the librarians should be able to help with that. Urban libraries take their role to help everyone, especially those shut out of the usual advantages, very seriously. So start with the university librarians, but if they can’t find a work-around for those who fall between the cracks, then go to the local public library and check with them.

Last semester, I discussed this with the uni librarians and they apparently can’t be much help. One of the removed films was still listed in the library’s catalog as being available on Kanopy, so I asked if this was an error or was there perhaps some special trick to accessing it. They replied with a link to a form on the Kanopy website where you say why you need the film and for what class. I didn’t need the film badly enough to want to bother my teacher, so I let it go, but I was left with the impression that if one could justify the need, the film could be added/restored to the college’s Kanopy collection.

After speaking to my current teacher, I realize that’s a no go because she had already tried personally to get these films re-added and was told there wasn’t the budget for it.

Later in the week, I’ll inquire with the city library.

Does the course have an online component? The uni’s librarians and tech folk might be able to convert a DVD version and put it there, where students could watch it.

A possibility. I wonder if they’d be willing to “break” copyright.

It had already been suggested to my teacher, not certain if by administration or the library, that the students could just get the DVD from the uni library. Problematic because 1) many students, generally only one, if that, DVD, and 2) most college students probably don’t even have DVD players anymore.

I think most people don’t have them any more.

Nor CD players (records, yes, I can still play them, but haven’t had a working CD player outside our old car in a long time).

ETA
We lend out DVD players for movies to students because their laptops don’t have DVDs in them either. Lot of movies that you would struggle to stream that you want students to be able to watch.

Put the DVD on reserve, so students can watch on library equipment?

Inconvenient though, and maybe impractical if they watch it one at a time.

Just finished Aftersun. I have daughters so it’s quite the gut punch for me. It’s kind of how our children love us and rely on us while learning that we can’t even fucking look after ourselves let alone another person. 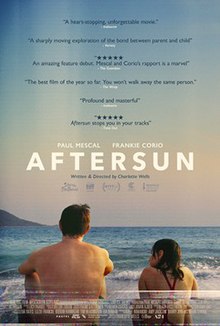 Pages for logged out editors learn more Aftersun is a 2022 drama film written and directed by Charlotte Wells, starring Paul Mescal, Frankie Corio and Celia Rowlson-Hall. It was released in the United States on 21 October 2022 by A24 and in the United Kingdom on 18 November 2022 by Mubi. Aftersun is a period film set in the late 1990s and follows Sophie, an 11-year-old Scottish girl, on vacation with her father at a Turkish resort on the eve of his 31st birthday.

I listened briefly to the director on a podcast (before turning it off as I didn’t want the film revealed) and she was saying that she didn’t really mind about the song licensing but as it went on Under Pressure by Queen and Bowie turned out to be something she needed. They took the stems and isolated it with modern cinematic sound design and turned it into a tour de force.

This seemed a good enough place as any 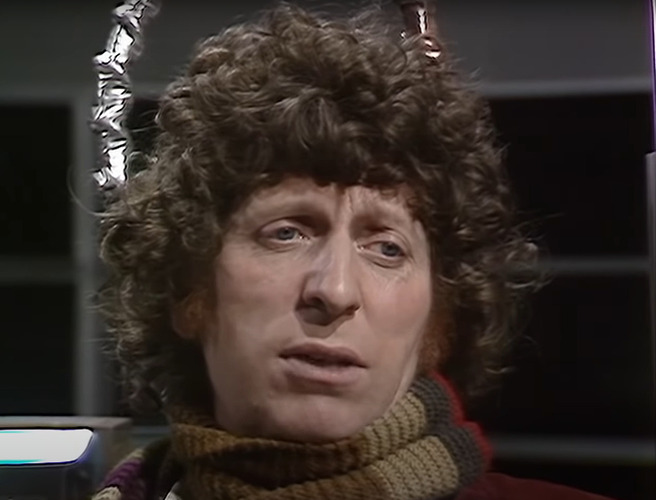 Tom Baker, the actor best known to science fiction fans across the globe as the actor who played the Fourth

Heard good things about Devotion and decided to watch it today: 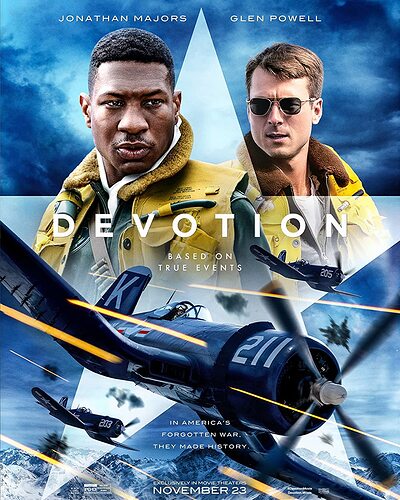 Devotion: Directed by J.D. Dillard. With Jonathan Majors, Glen Powell, Christina Jackson, Thomas Sadoski. A pair of U.S. Navy fighter pilots risk their lives during the Korean War and become some of the Navy's most celebrated wingmen.

However, it had a lot of odd moments in the plot. I don’t recommend it for the reasons captured in this review (warning, this contains spoilers): 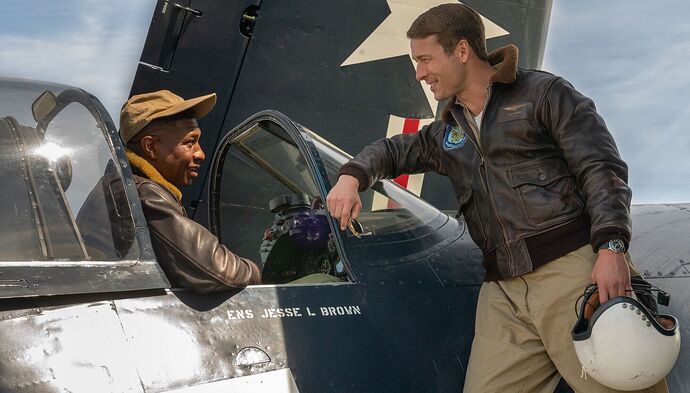 Jonathan Majors plays Ensign Jesse Brown, the first African American to complete Navy flight training, in a film that dwells on the allyship of a white wingman.

Hmmm… would you say similar to Greenbook?

Didn’t watch that because of the reviews. Wish I’d had a similar warning in advance this time!

Hmm… sounds like a film to maybe steer clear of then…

If you have watched Aftersun, and if you haven’t drop everything and do it now, and want more Charlotte Wells content try this podcast: 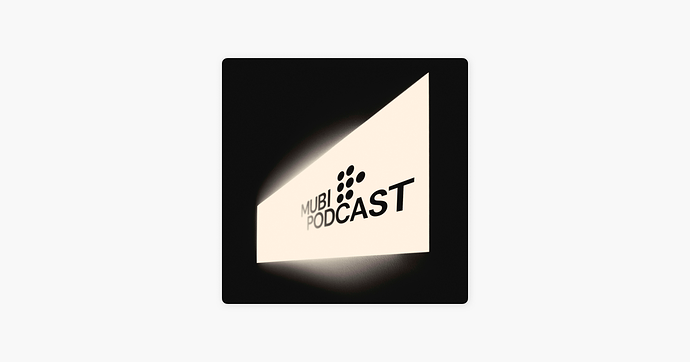 Available from most places that cast pods I believe. Even listening to them talking about the song with the movie reorchestrated with vocal stems isolated was a gut punch when I was out walking the dog.

Can’t wait to watch it again! 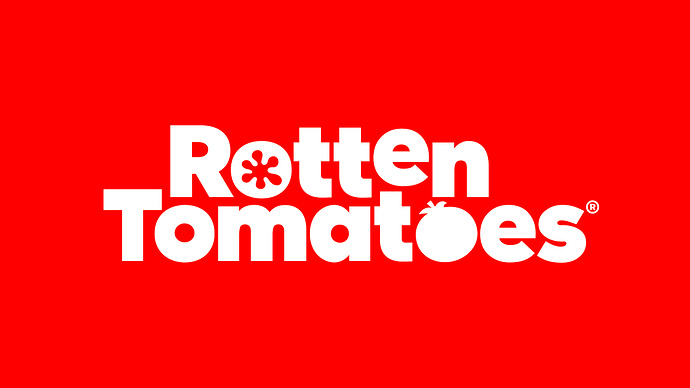 It was absolutely gorgeous though I’m not sure what happened. Apart from people spending their lives overcome with regret over lost or spurned love of course because Wong Kar Wai. I saw somewhere that the original prints were lost and the redux version suffered from poor quality. I saw it differently, the film often looked like it was projected on a scrim to give a gauzy painted quality to the images. Elsewhere it was streaked and impressionistic. Other places clear. I think he deliberately rereleased his wuxia film as an artefact of the markets in HK, like a multigen copy showing in an informal cinema at the back of a noodle shop the way god intended wuxia to be watched.

There’s a season of his films on shortly and I’m really looking forward to it. He hasn’t made anything in ages and I haven’t seen any in a long time.

If you have watched Aftersun, and if you haven’t drop everything and do it now

Absolutely! I loved it.

Also got around the other day to Triangle of Sadness, which I thought was great fun, more so than another recent skewering of the oblivious rich, Glass Onion. Full of great performances. Made me think too about how a lot of viewers and critics accept cartoonish characters in one, but blame the other for its less cartoonish ones being too cartoonish. Maybe some dont read Triangle of Sadness as comedy, a farce really.

And so I of course disagree with this: 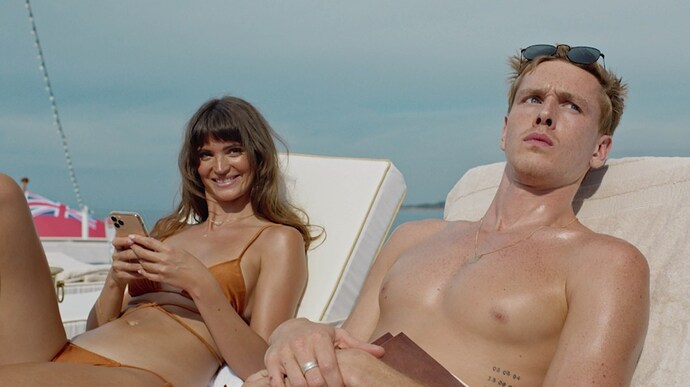 Instead of "Triangle of Sadness," try "Gilligan's Island." It doesn't think...

Years ago, I came across an inaccurate description of the plot-to-be of a future Ruben Östlund film. “A disgruntled yacht captain deliberately sabotages his luxury vessel to teach his wealthy… 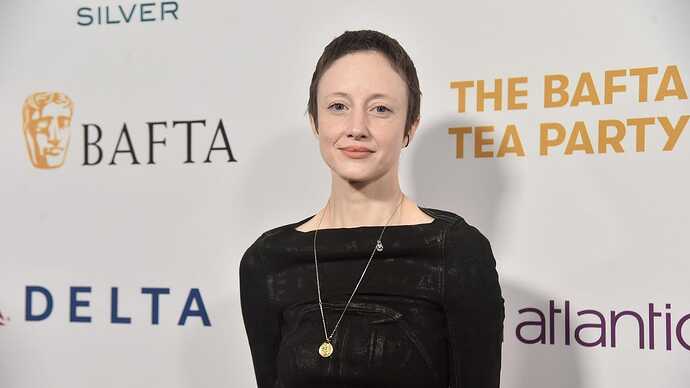 The Academy is now "conducting a review" of Andrea Riseborough's To Leslie...

Technically, they didn't cite Riseborough by name, but it's not hard to figure out who this is about