I had to stop watching around #18, but then I get vertigo playing Dying Light.

Yikes! My legs got all tingly watching that, and I was just sitting in a chair!

that must be the one featured in the movie Hanna. So cool. 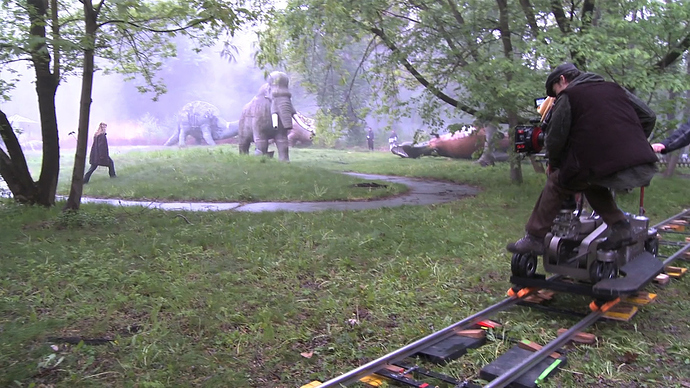 Spreepark is an abandoned amusement park in the north of the Plänterwald in the Berlin district Treptow-Köpenick (formerly part of the GDR-controlled East Berlin). It was also well known by its earlier name Kulturpark Plänterwald Berlin. The entertainment park was opened in 1969 as Kulturpark Plänterwald, covering an area of 29.5 hectares. The area is situated in the north of the Plänterwald, next to the river Spree. It was the only constant entertainment park in the GDR, and the only such park...

Public safety message: please don’t do what these guys did. It’s not “brave” or “ballsy,” just reckless. It’s extremely fortunate that these guys didn’t get hurt, but it’s important for folks to keep in mind that even innocuous-looking rides can pose extreme danger if you go into areas that you’re not meant to be. I could (but won’t) provide a list of several specific examples of guests (and sometimes workers) getting themselves killed at well-known theme parks because they thought that climbing out of a ride vehicle or going into a restricted area would be no big deal.

I get that some people are passionate about rides, I really do. But even if you care more about a ride than about your own safety, consider this: much like how that guy in “Grizzly Man” got himself AND a Grizzly bear killed by getting closer to his beloved bears than he should have, there’s no faster way to permanently shutter a ride than to get yourself killed or seriously injured on it.

Want to document a ride? Great! Just do it from the guest-accessible areas, where it’s meant to be seen.

Horizons looks like it was an expansion of the original Carousel of Progress. The Carousel had been a hit at the NY World’s Fair in 1963, if I recall. But I first saw the Carousel in Turin Italy in the summer of 1961. There was an industrial fair of some sort and we were passing through. I don’t think much changed from Turin to NY, so I was not impressed in NY, but the Epcot Carousel reflected changes in technology, etc. Don’t recall whether I saw the Horizons version. The old guy (I’m probably 10-20 years older than his character now) had a pipe, he had a scruffy dog, and none of the automation was that good (in 1961), but great (for 1961)…

Carousel of Progress is at the Magic Kingdom at Walt Disney World, whereas Horizons was at EPCOT Center, and yes, it was meant to be a follow-up to CoP featuring the descendants of the same family.

The Carousel of Progress was indeed commissioned and designed for the 1964 World’s Fair. It was never shown in Turin, Italy, and didn’t exist in any form in 1961. It’s still running at the Magic Kingdom and was updated in the 90s to reflect “the future” (which is so wonderfully dated that it’s hilarious to see now).