The last Salem "witch" has been cleared

Originally published at: The last Salem "witch" has been cleared | Boing Boing

Samuel Alito probably has some thoughts about letting these terrible women off after old white men cast their judgement about them. After all, his hero for jurisprudence was an accomplished witch hunter, and Sam can’t help but found modern decisions based on their ability to discern good, Christian women from nasty old witches.

At the Salem Witch memorial (which I think is actually next door in Danvers MA) most of the stones read “hanged”, but this one is particularly unsettling. 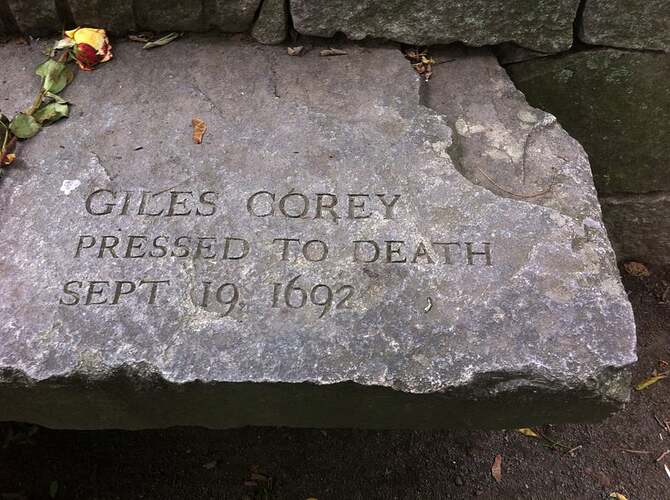 THIS sounds like a great teacher! I’m glad she didnt get in trouble from ignorant groups.

It’s still kind of sick how modern-day Salem has transformed such a tragic and violent series of human rights abuses into a collection of campy, lighthearted tourist destinations. 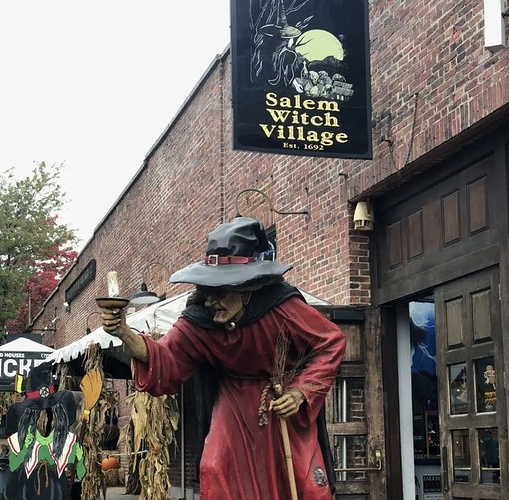 Giles Corey was slowly crushed to death because he refused to enter any plea, guilty or innocent, against the charges; since he died without an official plea on record, his heirs inherited his property. (Otherwise it would have been confiscated by the government.)

A pardon may technically nullify the conviction, but wouldn’t it be better to reverse the conviction entirely, rather than simply issue a pardon? Unless the conviction is actually reversed, a pardon – at least in the colloquial sense – implies that the crime may still have technically happened, just forgiven ex post facto.

Unless the conviction is actually reversed,

The conviction can’t be reversed as the parties are dead and thus there is no relief available to anyone involved.