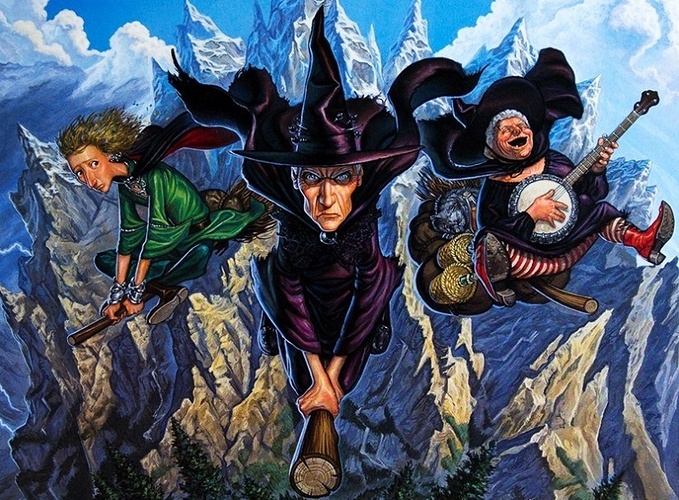 Some witches prefer to fly in a kettle using their broom to sweep behind them as they go. These same witches general need to fly less as their homes can walk them to where they need to go.

That is kind of a weird statue to put up in a place where such atrocities happened.

Salem imbraces the history of witches there, in the comercial sense. There is a witch museum, fortune tellers, and of course statues. The real terror is driving through salem in October.

FFS Marvel has a huge marketing budget of their own, they don’t need anyone to help them out with some ill-conceived stunt to make “Scarlet Witch” go viral.

That was a nasty thing to do to a statue of Elizabeth Montgomery. She was one one the finest actresses in TV.

The man was held on bond, according to a prosecutor, because he was “going through a tough time” and “wanted to do anything to get arrested.”

I assume he actually wanted to be put in jail where he didn’t have to face the outside world. And yet, he’s offered to avoid jail by paying back the repair costs. Did he change his mind?

Frankly, I’d have to be going through a really bad time to want to go to prison, especially these days.

The statue’s face has a whiff of David Poulin about it.

The Iron Hag Little Mother needs to do a little sweeping up.