It’s wise of them to put the statue inside the convention centre. Put it outside and Albuquerque’s tweakers would steal it and melt it down for scrap in a homemade smelter within the month.

The owners are putting up a wrought-iron fence to discourage people from throwing full pies.

Interesting. The “Breaking Bad” statues are of the characters Walter White and Jesse Pinkman, while the Minneapolis statue is of the actress Mary Tyler Moore, not the character Mary Richards (even though the pose is the iconic opening credits scene of Mary Richards throwing her hat.) 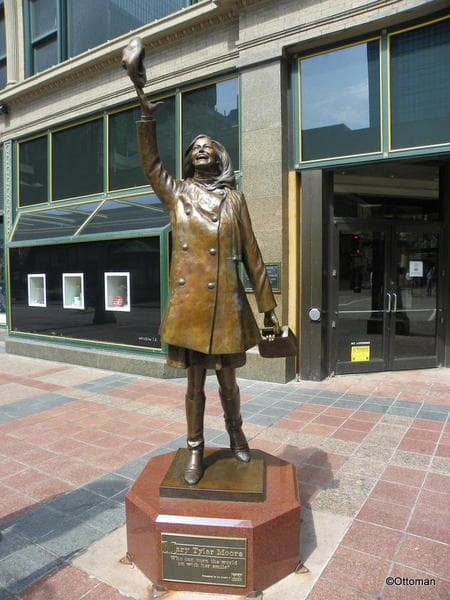 Yeah, I drove by that house a few months ago and it’s now surrounded by black metal fence and has multiple signs with “No trespassing”, “You are being recorded on video”, etc. It sounds like some of the tourists were out of hand.

But still no statue of Soledad C. Chacón apparently. Fictional mediocre white men get statues before the first woman elected as a Secretary of State in New Mexico, and first Hispanic woman elected to any state-wide office in the United States.

But still no statue of Soledad C. Chacón apparently. Fictional mediocre white men get statues before the first woman elected as a Secretary of State in New Mexico

And Walter White (though played excellently by Bryan Cranston) was a bad guy. I mean, he goes from bad to worse of a person in that show. He does awfully, objectively shitty things, over and above selling meth, and yet some people still seem to admire the character and treat him like a hero…

Being White means that you can do horrible things and still get statues in your honor.

I doubt it’ll give off a positive vibe like the Mary Tyler Moore statue in Minneapolis. 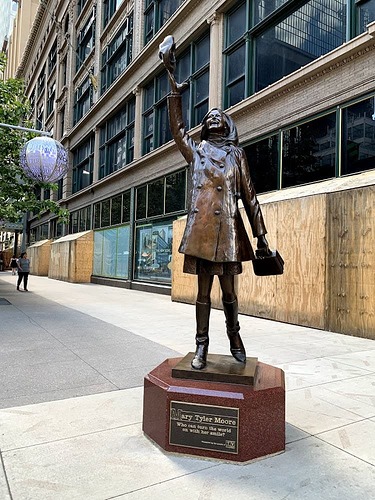 Salem MA has a statue of Samantha from Bewitched.

He does awfully, objectively shitty things, over and above selling meth, and yet some people still seem to admire the character and treat him like a hero…

…to the extent that Anna Gunn got hate mail and death threats because she played a character who fans perceive as getting in the way of the goals of Cranston’s character. Walter White became a hero of the edgelords and that’s a very dangerous group.

Walter White became a hero of the edgelords and that’s a very dangerous group.

This is a marketing effort to bring in the tourism dollar. Plain and simple. That the characters are unseemly and evil… doesn’t matter. So many terrible flaws can be overlooked when money is involved.

How many rapists and child abusers are part of the Hollywood Walk of Fame ? Plenty. But it brings the people in.

to the extent that Anna Gunn got hate mail and death threats because she played a character who fans perceive as getting in the way of the goals of Cranston’s character.

It’s funny how Hollywood can have people cheering for bad guys. (E.g., Butch Cassidy and the Sundance Kid). When my wife and I watched Breaking Bad she was vocal about her dislike for Skylar White. I told my wife that Skylar was trying her best to keep her family intact and that I didn’t understand why people had an issue with that.

How many rapists and child abusers are part of the Hollywood Walk of Fame ? Plenty. But it brings the people in. 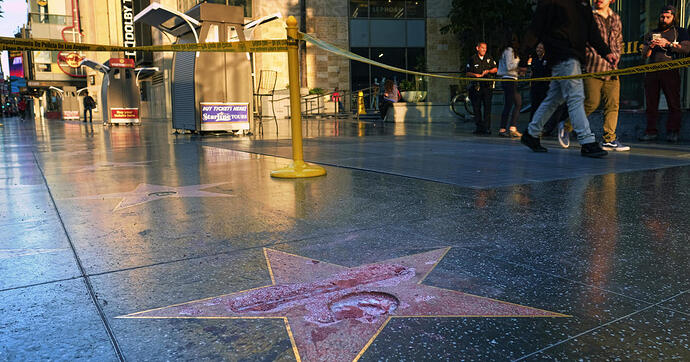 Donald Trump's Walk of Fame star destroyed with a sledgehammer

It wasn’t the first attack on Donald Trump’s star on the Hollywood Walk of Fame this year, but it was certainly the most damaging

When Detroit got an 11ft Robocop statue it was awesome but also quite horrid, because it glorifies a movie that used the city’s misery to illustrate the happy union of urban decay and military-industrial capitalism.

Which is pretty darn funny because the movie was filmed in Dallas. 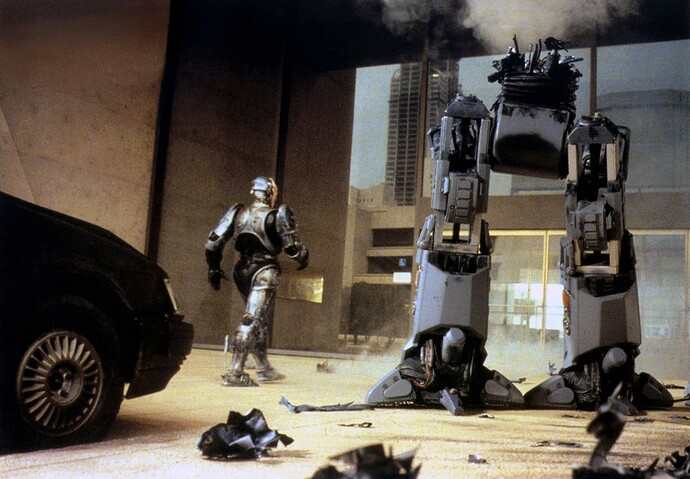 RoboCop, the Movie That Blew Up Dallas Filmmaking, Turns 30

Thirty years ago, Daniel Robert Durrett, a Dallas native and movie fan who hosts and produces the Drive-By Movies podcast, was a teenager working a summer job at the General Cinema 6 in Mesquite. The theater was promoting one of the season's biggest...

Skylar was 100% necessary for the story because she represented the ‘good’ that Walter was slipping away from. You can’t break bad without establishing what the opposite options are - Good marriage, happy kids and home life, law-abiding provider.

Walter was always going to end his path in the darkest of places, despite the love and good intentions of those around him. Did I just describe addiction? Why yes I did.

Wow, that sounds like a PITA.
If I lived there, once people started coming by I probably would’ve printed up a bunch of postcards they could buy, have them out in a vending machine or something. Maybe offer a couple pizza tosses per day, for a fee, that could be recorded. Then anything outside that offered service is caught on film and prosecuted.
Oh, and I’d start selling Meth, obviously.
/s

Five years ago I was driving cross country with my brother and we had to get gas in Albequerque. He googled the Breaking Bad house and it turns out we were only a couple of miles away, so we drove by. It’s on a public street so I don’t think you can control whether people drive by or take pics (and if that bothers you, that’s a shame but the only real thing to do is move or wait until BB is less in the zeitgeist), but I can imagine being annoyed if people are trying to film themselves throwing a pizza on your roof or whatever especially at weird hours. Made me wonder at the time whether they were the owners that rented their house for exterior shots in which case they probably thought they didn’t get enough compensation for the annoyance, or bought the house later (and either didn’t know or didn’t get how much of an issue it would be).

I like the way you think. I wonder if the interior was shot there? If so, a themed AirBnB would be a great idea.

ETA: Ooh, you could also mock up the garage as a meth lab.

Ok, on second thought, that’s bad idea. Unless you could get the PD to use it as a training facility or something.