The Lesser of 4+ Evils: Another Election Thread

Half Games, half Wrath. Provide only your criticisms. I somehow predict there are plenty. 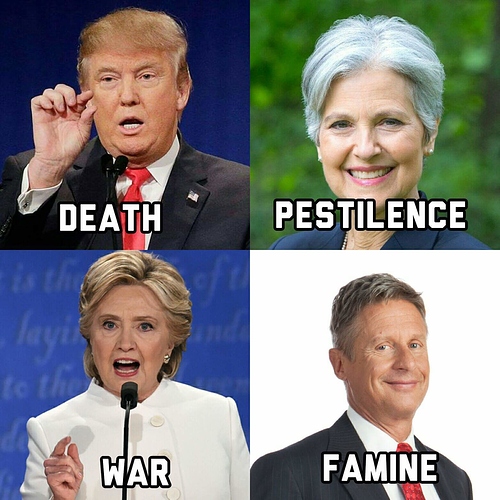 #You must criticize all of the candidates under the common sense doctrine that no one is perfect.

At least the four most well known candidates. Feel free to criticize whoever the current Neo-Nazi party is putting up, too.

Provide only your criticisms

Shouldn’t it be least? 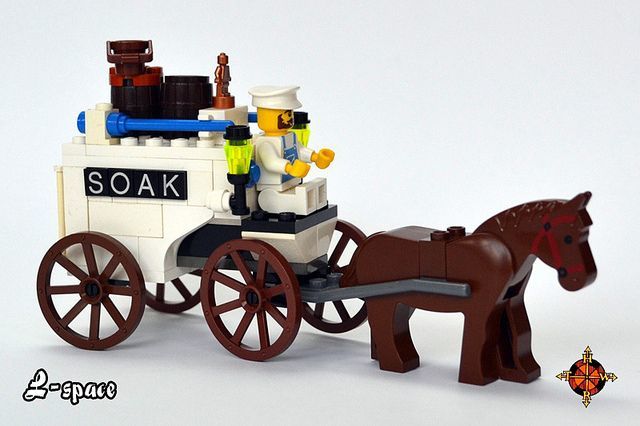 No, no. The Four Other Riders Of The Apocalypse are:

Clearly, you are reading from a different book of Pratchett. 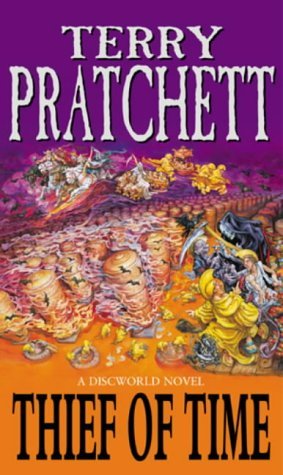 Haven’t gotten 'round to that one yet. 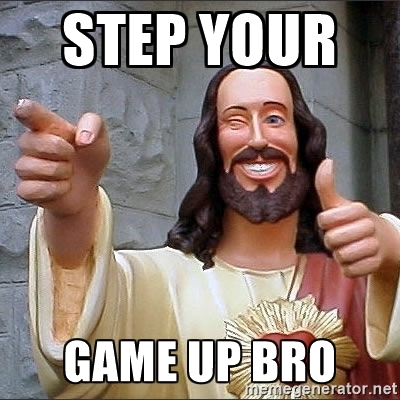 Stein: Drum circles for world peace do not actually work. Would criticize more strongly, but it feels unfair to rail on a candidate whose polling numbers are below most polls’ margin of error.

Clinton: Access may be purchased wherever MasterCard/Visa/AmEx are accepted. Position on whether this is acceptable behavior will be triangulated based on results of opinion polls. Horrifically successful in adopting DLC’s goals of remaking the Dems as a party of corporate finance. Used term “superpredators” to justify problematic crime bill. Opposed same-sex-marriage for a decade until public opinion polls forced new triangulation. Somehow has still not learned why arming rebels/lobbing bombs in conflict areas turn out badly. Strongest argument in favor is her opponent. 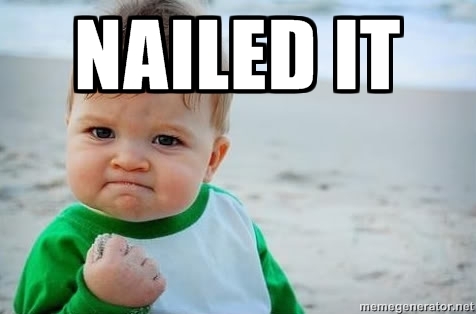 I’m embarrassed to admit that I know as much about Stein and Johnson as I do about Deez Nuts.

Shouldn’t it be least?

This topic was automatically closed after 116 days. New replies are no longer allowed.