The many voices of Daniel Day Lewis

Originally published at: The many voices of Daniel Day Lewis | Boing Boing

I’ve heard the name a zillion times, but, in my head, it’s connected to completely different face. So I hopped over to IMDB, and discovered I’ve only ever seen him in one movie, Lincoln. So I’ve no idea why his name is so familiar to me.

I just realized how much he looks like Morrissey. When the inevitable biopic comes I hope he considers it. He might get his decent into naziisim in a believable way.

Lincoln is probably his greatest but if you can watch gangs of New York. He’s an amazing villain.

So he’s the very opposite of Michael Caine…

Oh, you’ve missed a lot of great work than. Gangs of New York; My Left Foot; The Unbearable Lightness of Being. I particularly enjoyed the last one. There Will Be Blood is one I didn’t really like, but not because of him, I just thought the film long and slowwwwwww.

It might not still be true, but UK actors and UK trained actors received more training with regard to their voices than did US actors and US trained actors. This was because location and class were significantly more important in the UK than the US, and someone’s voice denoted these things. That’s the plot of My Fair Lady / Pygmalion. The great UK actors of the 20th Century were known for their voices (Guinness, Richardson, Gielgud, Olivier, Burton). And Daniel Day Lewis carries on that tradition. As the saying goes, I’d pay to hear him read the phone book. 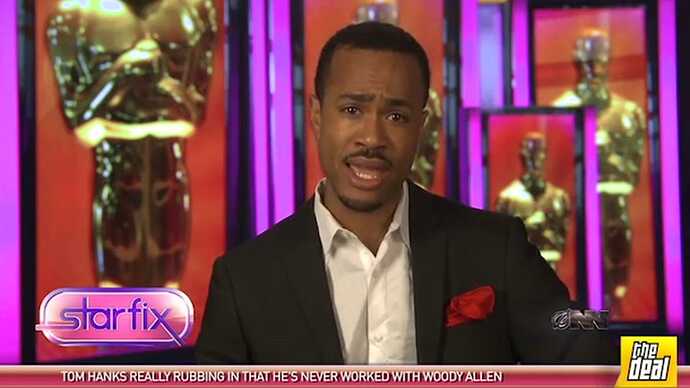 The 'Dallas Buyers Club' star used his speech to thank the profession of acting for being a fun, easy job that everyone should try.

The premise of the video and this blurb are excellent. DDL is amazing and it’s partly due to the voice work. Too bad this video is irritating clickbait that spends most of the time NARRATED BY SOMEONE ELSE, discussing how marvelous his voice work is. Telling and telling and telling, rather than simply showing. The commentary might be useful or interesting, but it’s remarkable how few seconds of Lewis’ voice we actually get to hear. Annoying.

Too bad this video is irritating clickbait that spends most of the time NARRATED BY SOMEONE ELSE, discussing how marvelous his voice work is. Telling and telling and telling, rather than simply showing.

I like this one, which has two DDL clips. It’s also good to show other actors, to see how hard it really is.

In an interview, DDL stated that for his Plainview character, he copied the voice of actor-director John Huston. I’ve seen seven films Huston acted in. DDL nailed his voice.

There was more than just a little petty criticism of DDL’s voice for Lincoln. Possibly the main driver for the criticism was the voices used by actors who played Lincoln in past films; the public was primed to expect a Lincoln with a deep voice… something they didn’t get from DDL who, in my opinion, wisely decided to go with the period descriptions of Lincoln’s voice:

Ask an Expert: What Did Abraham Lincoln’s Voice Sound Like?

Watching her shift between utterly convincing accents makes me weep with joy.

It was wonderful and Yay, somebody got the reference!!