The media still does a terrible job of covering drug use

That image would make a brilliant album cover for some dirty jazz.

Krokodil in the US–it turns out that heroin addicts often look like Russian krokodil addicts. Cops found lots of them when they were told to look but no krokodil. (NOTE: don’t search for krokodil unless you want to see some gory images or want to listen to the St. Vincent song (which rocks!))

I was actually really impressed by this article, released after the recent death of a British teenager on his gap year: 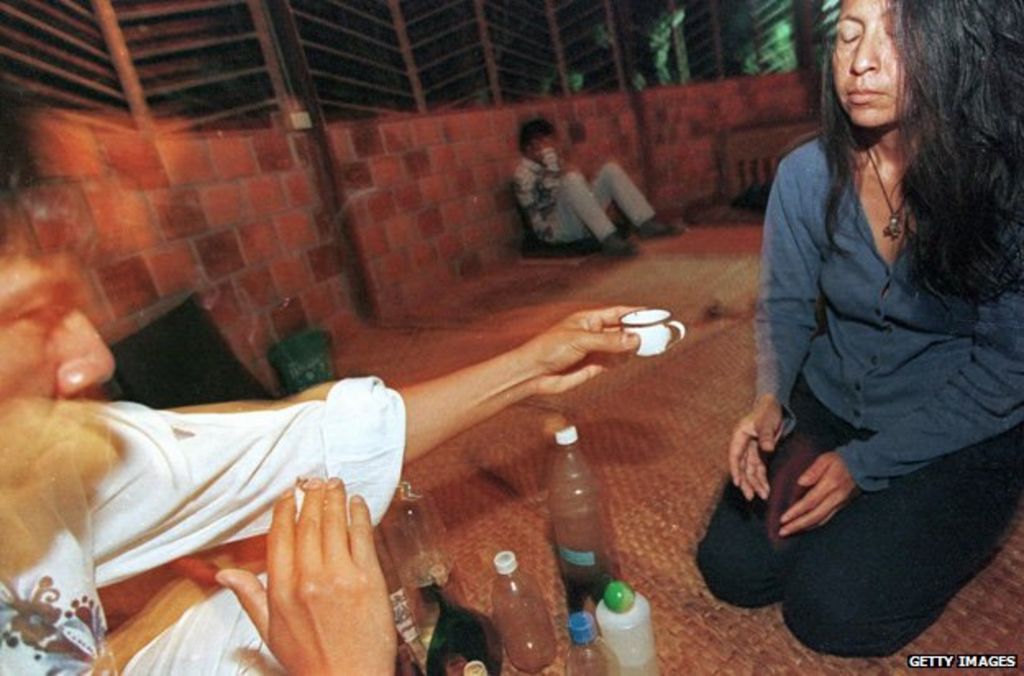 Why do people take ayahuasca?

British student Henry Miller, 19, died in Colombia after apparently consuming hallucinogenic drink ayahuasca. Why is it a rite of passage for some backpackers?

Admittedly, the BBC has always had a fairly relaxed attitude towards drugs, but this is the first example of a piece of drugs reporting immediately following a drugs death that I’ve seen that has avoided the obligatory moral panic. Maybe times are changing…?

What’s with the lazy typesetting? Looks like they could have done “because” as a single word on the second line.

Actually, I was wondering what the typeface was (er, to make sure I never use it), 'cuz it looks, um, out of focus…

It’s hard to be optimistic about stories that live at the intersection of ‘science reporting’, ‘moral panic’, ‘risk assessment’, and ‘writing about undesirables’.

And yet, the media still manages to plumb new depths, over and over, even as their previous hyperbolic nonsense fails to pan out(remember crack babies?)…

I’ve been watching the media hysteria ramp up on marijuana since legalization here in Colorado. Reefer madness is back.

My friend’s parents warned her before going to Starfest this weekend to watch out for the dangerous pot users. A result of the hysterical media coverage of two incidents (a suicide and a murder) they keep trying to desperately tie to marijuana usage since legalization. Never mind the fact there was plenty of marijuana consumption while it was illegal and there wasn’t widespread reefer madness at that point either.

We just got to our room at Starfest at the Marriott about an hour ago and we smelled pot as soon as the elevator doors opened for our floor. The maniacs are already stoned and it’s not even Friday yet.

We are all going to die.

I’d also like to take a moment to acknowledge the debt society owes Dr. Edward H. Williams for his tireless work contributing to a drug war America so desperately needed. Bravo, sir!

Ah, for the “good old days” when you could tell blatant racist lies in print and get away with it. I bet Cliven Bundy and Donald Sterling would get a hard-on if they saw that reprint.

Krokodil in the US–it turns out that heroin addicts often look like Russian krokodil addicts. Cops found lots of them when they were told to look but no krokodil.

The whole Krokodil thing seemed really sudden and strange. It’s made in Russia because it’s cheaper than heroin. It’s cheaper than heroin in Russia because it’s made from codeine which they can buy without a prescription. Something you can’t do in the US. There was even a recent NCIS: LA episode where someone smuggled a cargo container full of Krokodil into the US. If you’re going to smuggle drugs across a border, why the hell would you smuggle Krokodil instead of heroin?

My theory on what happened is someone was planning on making a push for allowing Americans to buy codeine from a pharmacist without getting a prescription. Whoever would have lost money if that happened pushed the story of Krokodil in the media, killing any chance of non-prescription codeine.

Liked for using the right goddamn word (‘font’, indeed. I ask you).