The Mercator Puzzle reminds you how deceptive maps can be

time to break this out again.

Wait, that missed them flipping it upside down and blowing her mind further! Or am I misremembering?

It’s right at the end.

I’ve learned that it is never a waste of time to re-watch any clip from “West Wing”!

This here is a truly excellent tool for both exploring loads of different projections, but also exploring how each projection itself is a choice that can be displayed any number of ways, depending on where you put the poles and where you center it: 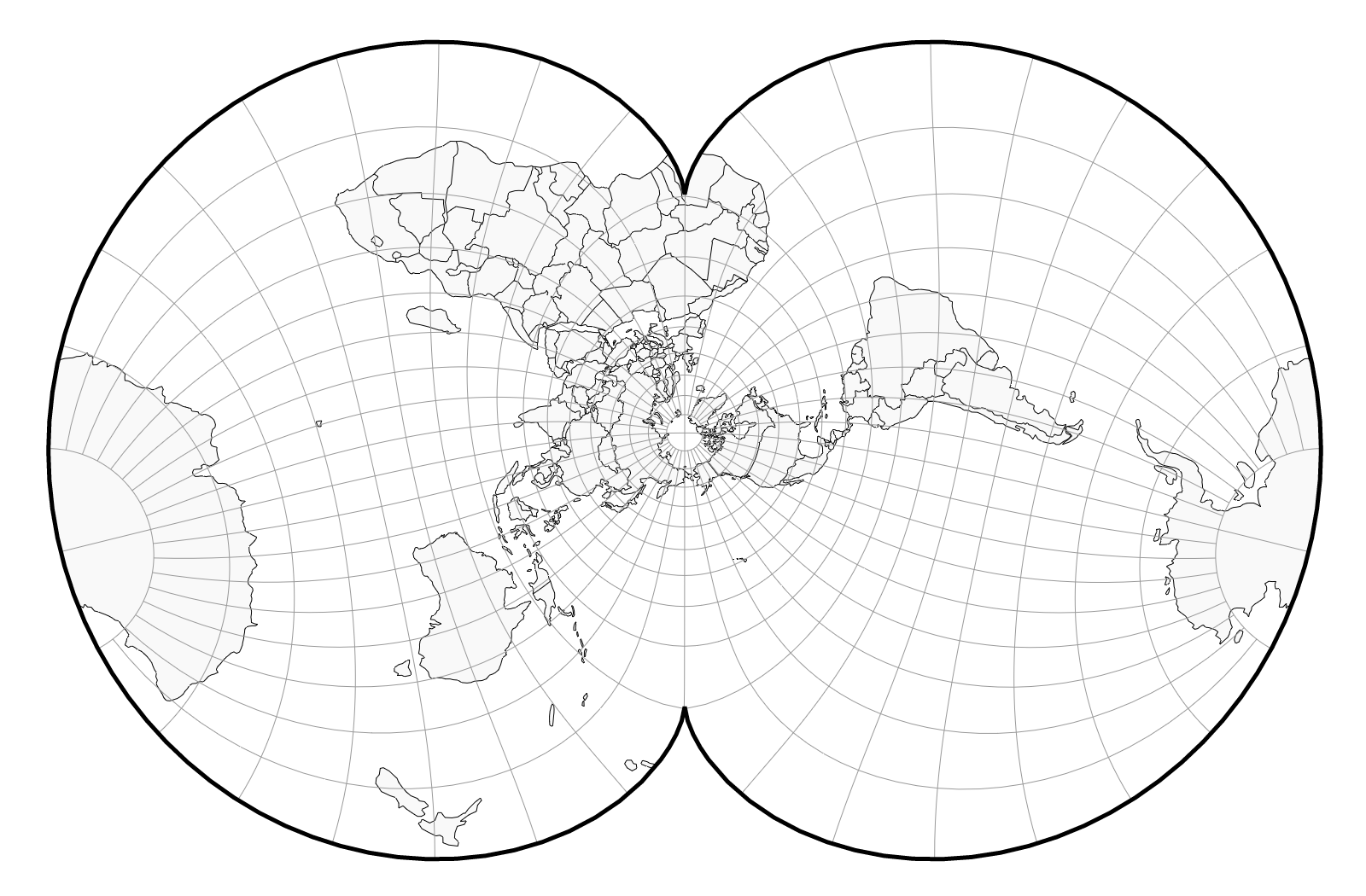 For best results, I find the animation annoying: hit the Pause button, and and move the map around by dragging it.

It’s amazing both how bizarre certain maps can make places look, but also how right they can be when dealing with small areas and simply ignoring all the distorted countries elsewhere.

Blurp?!? I guess it must have paused for me half way and I didn’t realize it wasn’t the end. Or I hit stop by myself…

I actually knew Australia was bigger than Greenland because Australia is a continent. True fact.

The Bonne projection! I <3 the planet

or at least confusing

Finland and Saudi Arabia. Took me extremely long to recognize the outlines.

Most maps use the Mercator projection,

In my childhood, most schoolroom wall maps used the Mercator projection, but people have gotten a whole lot smarter about maps over the last half-century - and the area inequalities of the Mercator have been the subject of articles like this one for at least four decades. (I know because I wrote one myself almost 40 years ago.)

Hmm. I see the NYT was even editorializing about it in the '40s.

You’d want some sort of equal-area projection for that. There are plenty to pick from.

But comparing areas isn’t the only purpose that maps have. The Mercator projection, despite its well-known flaws (which were pointed out by the inventor himself), is a useful map for ocean navigation, because any straight line drawn on it is a rhumb line, a line of constant compass bearing.

That’s not the most efficient point-to-point course, but it’s one of the easiest to navigate: just keep the ship constantly on the same compass heading.

Also, the Mercator preserves angular relations locally, so you can plot local sightings by compass bearing.

Both of those things are handy for sailors, but are mostly irrelevant to schoolchildren.

As the article says, all flat-map projections necessarily distort some aspect of a spheroidal surface. There are many different kinds of projections, each with its own trade-offs, used for many different purposes.

Learn which projections are which, and use the projection suitable to your purpose, and you won’t have to complain any more about maps “deceiving” you.

Entirely what I was about to say. Good on you, sir.

And once you explain the flaw of Mercator you can get on to great cIrcle plotting and why over the pole can be closer than across the Atlantic even though the map ends.
http://www.gcmap.com/

As always in these discussions, I feel the need to defend the Mercator projection. It’s a wonderful projection for its intended purpose, ocean navigation with early modern sailing vessels. It’s lousy for teaching geography, and Mercator himself used a sinusoidal projection to show land masses.

The Mercator projection makes it easy to plot routes with a straightedge since the longitude lines are perpendicular to the latitude lines.

Every 2D projection is imperfect and has its advantages and disadvantages. This includes the one you use to “see” the world around you.

My mother, who’s a geography teacher, always says she prefers Mollweide’s to Mercator’s, since it’s more useful for her purposes…

Another problem with all the Mercators that I’ve seen is the literal (and thus figurative) Eurocentrism.

This was also a criticism of Arno Peters (of Gall-Peters projection fame), but I read an interesting counter-argument in a 1985 statement of the German cartographical society: Peters used a Mercator map trimmed to 85° N and 60° S to prove the eurocentrism. A full Mercator map according to the society is centered around Africa.

I’m sure both sides (Peters and the society) are biased, but I think the society’s argument is not worthless.

Arguably, the punchiest eurocentricism in the Mercator projection lies in the fact that it was designed for marine navigational convenience; making it a helpful ingredient in the #1 instrument of European imperial and colonial endeavor; and the efficient logistics and force projection that made it all possible.

The symbolic value pales in significance compared to the practical utility, at least until the advent of fully modernized navigational techniques.

I just added a map to the Count to Ten Thousand thread that was a revelation to me: it shows where Greenland actually is in relation to Canada and Iceland. By making Canada the center of the map, it’s easier to see how the curvature of the globe that far north affects where these countries are. It’s like Canada has rolled over on its side partly…but boy does that make things clear.

Indeed, just take any of the projections in the link I added above, hit Pause, and drag it so that the North Pole is in the center. Almost all the maps show good approximations for whatever’s in the center, and it allows you to really see the surprising angle of Greenland. (Well, not surprising if you’ve used a globe.)

What I really REALLY want/need, is the ability to print out a world map on a flattened geodesic sphere of an arbitrary frequency, and the ability to adjust where the Greenwich meridian falls on the geodesic sphere. If such software exists in a form that doesn’t require me to learn blender from the ground up, I will be ecstatic! Bucky Fuller’s projection is all well and good, but we really can do better by now, I would think!