The most cutting-edge computer animated TV commercial of 1984 starred a sexy robot, of course

I’m old enough to be vaguely aware of that, I was more just remarking on how differently marketing is done now. It’s like the difference between nationally broadcast and local commercials for your small town whatever. There’s a very perceptibly different approach, level of quality, all of that. It’s just not something that I’m always consciously aware of, the present cognitive behavioral psychology-driven, mirror smooth polish that national/international ad campaigns have now would have been unimaginable to us back in the 80’s, even into the 90’s.

I’m not mourning an aesthetic, or praising either, I’m just remarking on how much things have changed since I was a kid and now. I still feel like the 90’s were modern, and just ten years ago, and things like that give me a more accurate perspective, I suppose.

Frozen foods were eating their lunch, so to speak. I’m sure the other reply to this is explaining that, but did they make a pun? No, but I did!

This commercial takes its place with other “shut the barn door after the horse has escaped” campaigns, notably the late-1940s campaign by the hat industry to convince men to continue wearing hats. Full-page, full-color ads ran in all the slick magazines (the contemporary equivalent of an expensive TV commercial campaign).

An example I can think of was a campaign by armored car operators to convince workers to insist on getting their pay in cash.

Interestingly, at the end they say something like “maybe people won’t remember the game, maybe they’ll remember an ad they saw instead”. Well, that was true but I think this was the ad:

No. It just took a while to find it’s target audience. 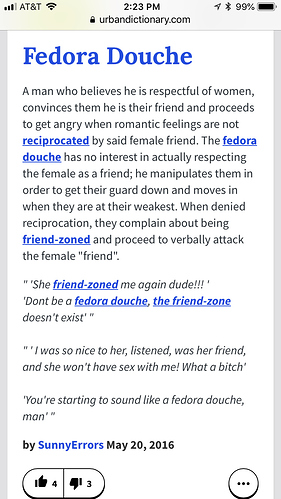 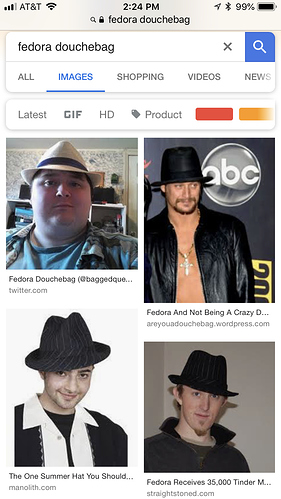 Tell it to my fedora, pal.

The russians use cans for food storage, even cooking some foods in the can through electroresistive cooking (running current through it, with a can metal that’s an ok but not great conductor)

NASA and ESA have mostly moved on to retort packages that can have hot water squirted into them to cook food.

Just realized Obama was in the pocket of Big Aluminium.

I remember reading about the controversy of that ad later, and originally, there was no food bubble at all. But the genital region was deemed ‘too much’ by marketing studies, and had to be masked.

I still haven’t seen it. It wouldn’t play when I clicked the button. Oh, well…

However, the can opener was not invented until a number of decades later. Think you were supposed to open your cans prior to that by using your bayonet or something.

Could this be a Jungian archetype?

Bayonet or utility knife; or, in the earliest canned foods, something to remove a cork; the earliest ‘cans’ were actually stoppered glass bottles.