The most dangerous city in each European country

Originally published at: The most dangerous city in each European country | Boing Boing

The most violent city in the UK is Glasgow

Well that’s shocking to hear about a city that is world-famous for its smiling people.

Borba notes, “none of these cities are really that violent when you compare them to the average city in South Africa, Mexico, Colombia, or Brazil.”

I’ve never heard of a Sint Annekerkplein in Amsterdam, and I’ve lived here since '94. (neither has Google maps…)

Maybe it’s such a shady neighborhood that even Google doesn’t go there. Like Diagon Alley in London.

So - the worst murder rate is a third of mine. And the worst crime index is a seventh.

Yeah you don’t want to go there alone at night unless you fancy getting a trident in your back. 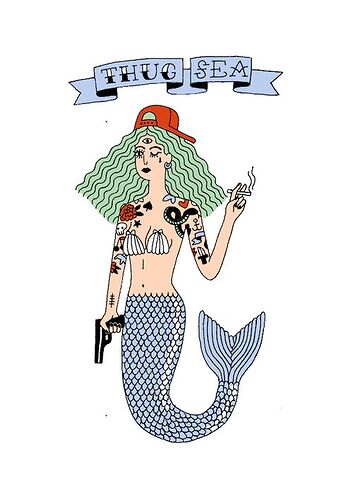 More likely to get run over by a barge or a cruise ship - I had my boat out in the harbor a few weeks ago and a giant cruise ship was just leaving for the North Sea. It’s pretty impressive when you’re up close in a five meter sloop!

I see Munich is the safest city in Germany. Feels about right. It’s a place where even slightly drunk single females can feel safe, I have observed. Part of why other cities take the piss out of my city for being an overgrown village.

ja The most violent city in Finland when we consider the homicide rate is Lahti, the capital of a region known as Päijänne Tavastia, a bit more than 100 kilometers distant from Helsinki.

Before they renovated the Central Station and built up all the new office buildings behind it there used to be a small area that looked pretty dubious there with like a row of decrepit warehouses that people were living in - you could see it from the tracks when going towards Sloterdijk. It was in the early 2000s that a remember seeing it but it’s been gone for a long time now - I think when they started renovating the Central Station for the North-South line they tore it down - there are office buildings there now. If anything, there were a bunch of shootings and stuff in Amsterdam North for a while - but it’s been pretty quiet the last few years.

Being a Detroiter naturally makes ya good to go anywhere, too, also.

I love the (usually completely) unconscious 2-3 steps back which people take when you tell them you’re from Detroit, like you’ve just taken a swing at 'em, or are about to.

ETA: Maybe folk unconsciously back up b/c afraid Detroit will rub off on 'em? Not a chance, pal.

Waterford is the most dangerous city in Ireland?

Oh this data is based on perception of danger, by visitors.

I did that when I noticed Borba is an “expat consultant.” Reminded me a bit of those real estate sites offering to help people find the best neighborhoods.