The Muppet Show is now streaming, with warning about its content

can't stop laughing at these early jim henson commercials where one guy just kills another for not liking wilkins coffee https://t.co/ZtfE06p0pR 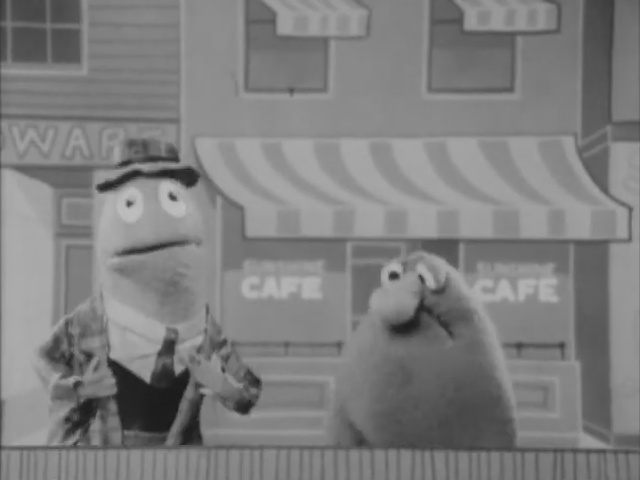 In 1957, Jim Henson was approached by a Washington, D.C. coffee company to produce commercials for Wilkins Coffee. The local stations only had ten seconds for station identification, so the Muppet commercials had to be lightning-fast—essentially,...

That memorial service is amazing.

Jim Henson made a show that gave kids who didn’t have a suburban back yard, or whose skin was darker than a hamburger bun, a sense that they were also special and seen.

Harry says it so beautifully:

I’m not sure if you’re being sarcastic, but that clip seems to have been fully supported by Harry Belafonte.

Jim Henson’s The Muppet Show is finally going to be more easily accessible to fans with its arrival on Disney+ this week. You might be so excited you'll dive in headfirst, but if you’re down to skip around, we have some suggestions for the best of...

“He wanted to work closely with Henson’s team to ensure that his episode would be a memorable one meant to expose audiences to elements of African cultures not often celebrated on television. Both Belafonte and Henson were open about how uncommon it was for The Muppet Show’s creative team to bring guests into the scripting process, but both ultimately felt that their collaboration led to one of the series’ best episodes.”

25 Essential Episodes of The Muppet Show

Now that the classic show is streaming on Disney+, we round up the best episodes — and ask guest stars about their Muppet memories.

Harry Belafonte: “Jim Henson was a master contributor to the learning experiences of children. He constantly exposed his audiences to worthy worldly adventures to which they otherwise might not have been exposed. He brought imagery and challenge by constantly exposing the young to exciting information. Jim’s value system forced me to find the better parts of what I could do in addressing the needs of the young.”

I got to introduce my daughter to this disturbing nugget over the weekend. This one gave me nightmares as a kid.

That memorial service still knocks me on my ass. So much dust in the room. Allergies acting up.

Jim Henson was the first celebrity death which hit me on personal level. I was in HS when he passed. I grew up on Sesame Street, the Muppets, Fraggle Rock…

I went to his alma mater for undergrad, University of Maryland. (Just coincidence). I had one of his professors. On his final exam he wrote a preamble, “I once told Jim Henson he should quit playing with puppets and find a real career track. I’ve been wrong before. Don’t take my criticism too seriously”

Warning: The sketch with Rita and Animal is hilarious and may cause liquids to come out of your nose. Avoid hot beverages.

I was trying to point out that even though The Muppet Show has some content that has not aged well - when they did do something right - it was really right.

Jim Henson was the first celebrity death which hit me on personal level. I was in HS when he passed. I grew up on Sesame Street, the Muppets, Fraggle Rock…

Same here. I was in grade school when it happened and I still remember the moment I was standing in the grocery store and saw a magazine cover announcing his death. It was heartbreaking.

Among the things I owe to the Muppet show is my desire to play guitar. No idea how it happened, but somehow when I saw John Denver playing a song on the show I decided right then and there I wanted to play the guitar (somehow, I ended up in piano lessons, instead

Kermit the Frog is still my model for management. The epitome of persevering through chaos without being cruel or dickish, always looking out for people, making the most out of the insane, incompetent and incorrigible.

Does this mean that Disney is gonna release Songs of the South, with just a bit of a disclaimer before the stream starts?

Italians as an ethnic minority were ‘let into’ Whiteness during the 20th century (as were other Catholic immigrant groups like Irish and Bohemians), so the caricatures now have less sting than ethnic caricatures of folks who still face systematic racist oppression.

No, because the whole thing is a racist pile of shit. Unlike the Muppets who for the most part did excellent work, with some questionable bits of the era that would not fly today. The difference is that at the time, when SOTS came out, many said it was a racist pile of shit and they were correct.

I appreciate the warnings because I’d consider watching the Muppet Show with my kids but it’s a good reminder I might want to pre-view it to see what’s in it. We unthinkingly watched Peter Pan and it was fucked up.

The difference is that at the time, when SOTS came out, many said it was a racist pile of shit and they were correct.

Exactly. At least two contemporaneous reviews said something to the effect of “one wonders if Mr. Disney thinks President Lincoln made a mistake in freeing the slaves.” And that was in 1946.

We’re never going to have nice things ever again.

I disagree. After watching some of the sample clips, I think this might be a sign that we’re finally moving in a direction where more people will be able to have nice things than ever before.