The new Twin Peaks: what should it be like?

Your mention of the first online discussion groups is dead-on, and pretty damn significant. I remember using my 1984 Macintosh, a dial-up modem (I believe I upgraded from 300 baud to 1200 baud during the show!) and a monthly Compuserve membership to access the Twin Peaks group, all in ASCII text.

It was glorious – and brand new – to have a group of people discussing the show immediately after an episode aired. And the next day, someone would post a .pdf with a plot synopsis, analysis, character list, quotes… I printed all of these, week by week, but no longer have them. To anyone out there who participated in this, my hat’s off to you; the show was amazing, and being a member of that small, pioneering community was a huge part of the experience.

Ohh, a permathread. I see we are settling in for a long season of anticipation.

Well, if MacLachlan’s role is to be the evil spirit BOB or COOP in this series, that could be interesting.

Although without Cooper being Cooper, the show will have to find another earnest beacon of wholesomeness and integrity, and that will be hard to do without drawing obvious comparisons to the original Cooper.

I know this will get me into fanfic territory, but you know who I’d really love to see the FBI send to investigate the copycat murders occuring in Twin Peaks 25 years later?

Whatever happens, if there isn’t an angle to include Bowie and Chis Isaak, I will be disappointed…

Hoo-boy. I am going to spend all day thinking about this possibility.

I would love to see how for the last 25 years Cooper has spiralled down under the yolk of Bob. It could be a great metaphor for society or 'Merica or the Pacific Northeast. The entire series could be ultimately about Cooper’s redemption.

Can’t believe that the author of this piece discussed the possibilities of who would show up in the new episodes without referring to “Dual Spires.”

If it is, I calls dibs on being the guy with the shaving-cream face yanking those big levers.

I once heard a rumor that the reason Lara Flynn Boyle didn’t do FWWM is that on the set of Twin Peaks Kyle MacLachlan had become obsessed with and started stalking her. Passing this baseless, ugly rumor makes me feel like a teenager again.

“Fire Walk With Me” is stylistically different than the TV Show, and I would actually prefer the third season be more like the TV show than the movie. I like the fact that in the original series the creators were bound by certain decency standards for broadcast TV, and I think that contributed a lot to the surreal atmosphere to the world of TP. Also I think Alfred Hitchcock was right in claiming that the psychological impact of what isn’t on screen is more powerful than something that is.

Anyhow, I hope that the third season will be more than just a string of cameos by original cast members.

I did forget about Dual Spires! But I think most of the cast who appeared in that episode were mentioned in this article. (Except for Bobby.) That was the only episode of Psych I’ve ever seen and it was pretty cute.

Twin Peaks being back makes me feel like a teenager again. Haven’t thought about my Sassy magazine subscription since… I played Gone Home last year. (Highly recommended game for the 90s nostalgic by the way. it was lovely.)

@Hyphen I heard the rumor as MacLachlan was dating Boyle and she was so jealous of Fenn’s onscreen chemistry with him, she begged the creators to halt the onscreen romance. (MacLachlan says it was his suggestion that Cooper not be with Audrey as him dating a high school girl, even at 18, seemed out of character.) And that’s why Donna tries so damn hard to be sultry and smoking like Audrey and Laura in S2, too. Boyle reportedly didn’t want to get topless in FWWM, so she declined the script.

@funruly @Kim_Jong_un David Bowie can’t show up on Twin Peaks until we get his cameo in Hannibal dammit. (And Twin Peaks can’t steal Gillian Anderson from Hannibal, either. I’d cry.) But Denise Bryson MUST return!

seeing as how jeffries appeared when desmond disappeared i would anticipate that desmond would appear as cooper disappears. BUT if this is supposed to take place 25 years after cooper enters the lodge then there’s no telling what is going to happen. it could be a free for all regarding content. as much as i want a season 3 i think i wanted there to be a season 3 to run after season 2 and not a season 3 now that i’m 25 years older. this is also why sequels and remakes piss me off; too much time has passed. the content has entered into a state of nostalgia.

What should the new Twin Peaks be?

Good news if you’re a Wrapped in Plastic fan: by sheer coincidence, this Monday I posted a long interview with John Thorne, the magazine’s founder. We discuss the history if the publication and also explore in-depth some of his more provocative theories about Twin Peaks: Fire Walk with Me. 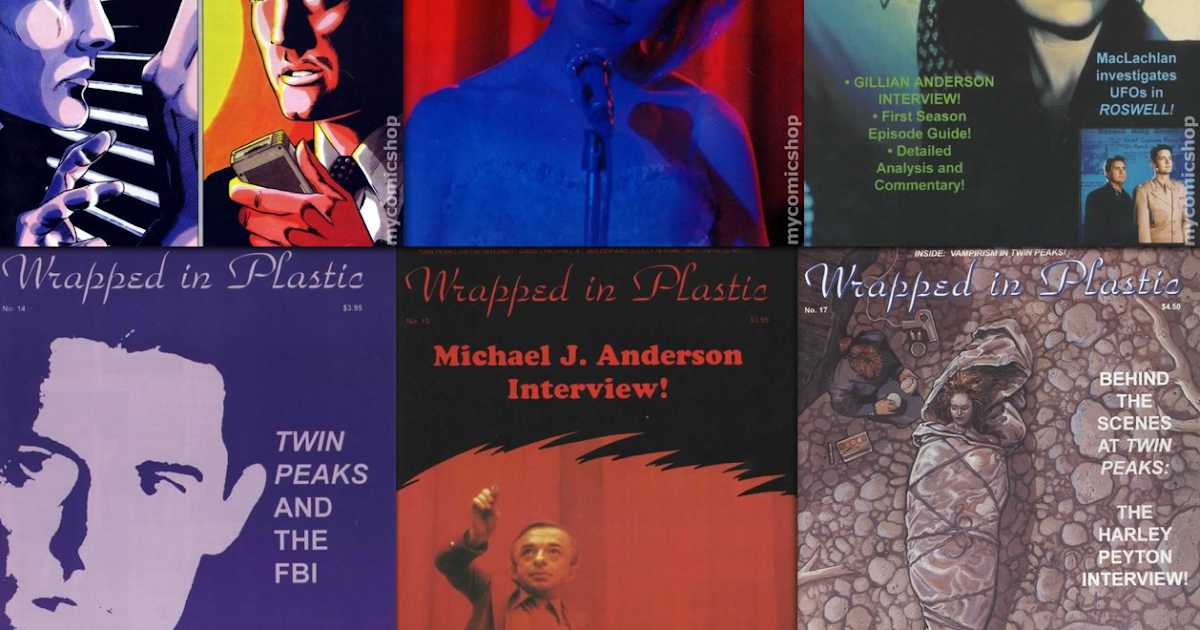 Unwrapping <i>Twin Peaks</i>: a conversation with John Thorne, editor of...

Needless to say (although I'm saying it anyway), this interview with John Thorne - co-editor/publisher/writer behind  Twin Peaks  magaz...

Part 2 goes up next week - we’ll discuss the Missing Pieces, the announcement of the Showtime series, and also the possible return of Wrapped in Plastic in some form or another.

It’s been a good year for gum.

Normally I’d agree with Hitchcock, but not in Lynch’s case. He is great at suggestion, but even better at revelation. The murder sequence in episode 14 is far more disturbing than anything we could have imagined. My guess is the new series will generally be more restrained and classical than, say, Inland Empire but it will also contain sequences wilder, more terrifying, and more experimental than anything he’s ever done before.

Kind of like “Lost,” only with writers who have some idea how each story arc is supposed to end before they start so they don’t just keep prolonging the series by answering every mystery with more confounding mysteries.

All I can think of right now is:

I’ve got good news! That gum you like is going to come back in style!

Bob is an egg? First time I’ve heard that theory.

Could be. Eraserhead had a guinea pig for a baby.