My best guess…phone in back pocket. Sudden deep squat.

At first glance (sans specs & morning cuppa joe) it looked to me like a cellophane wrapped brick of hash - and I was tinking: “Dude, what’s your problem?” - but now I can see clearly that you have indeed bum-fucked your precious. Condolences.

Done got runned over?

Also: I walk a lot, and so far I’ve found three iPhones on the roadside. Bounced, dropped or hurled, it’s hard to say.

This why you know not to buy a phone without removable storage.

Damn… But hey, have fun flashing a ROM on the new one! (An educated guess that you don’t run stock firmware.)

That’s what pre-purchase recon is for. Don’t buy difficult-to-root crap. (Not always avoidable, but anyway…)

There used to be times when phones were thick enough to survive some sit-on. Then the Designers came with their Gospel of Thin…

I’ve never cracked a screen or bent a body. Sent one through a heavy duty wash and jumped into an ocean without thinking, so there’s that.

Funny anecdote, when I went into the ocean I was holding a keg, but no alcohol was involved.

If we were in such a universe, we wouldn’t notice. Which is good, because if we did, the consequences would be horrifying

How is your species supposed to evolve when your monolith is clearly broken?

In the next universe, Cory, pick a phone that won’t break, even if you sit on it. Or drop it. Or dunk it. Or run over it.

A colleague, in his previous job, was issued a Sonim Bolt as the work phone. He told me that you could almost hammer nails with it. And the battery’s charge would last a few weeks. They do have a smartphone version.

They’re a little on the pricey side, but…you did get that book deal, eh.

Sounds like a perfect example of a false economy to me!

Also it’s not just about the financial cost to you, there are varying degrees of poor labour practices and rare-earth metal sourcing. You can bet at that end of the scale you’re getting the worst of both.

Sounds like a perfect example of a false economy to me!

Depends. An expensive machine may last for longer, but also is more vulnerable to loss and damage. The damage threshold can be higher, but the chance of loss is the same and chance of theft is higher.

A cheapo phone with a backed up, removable storage is often a better bet. Being able to instantly replace the machine, whether broken or lost or stolen or whatever, has quite a lot of value.

…and if it survives until the upgrade, you can repurpose it into a wifi display or touchscreen console for home automation…

Aren’t you thinking of John Scalzi?

Resistentialism is a jocular theory to describe "seemingly spiteful behavior manifested by inanimate objects", where objects that cause problems (like lost keys or a runaway bouncy ball) are said to exhibit a high degree of malice toward humans. The theory posits a war being fought between humans and inanimate objects, and all the little annoyances that objects cause throughout the day are battles between the two. The concept was not new in 1948 when humorist Paul Jennings coined this name for 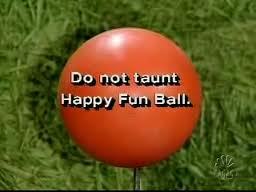