The Olympicization of Skateboarding: “Can a commodified and centralized subculture remain an outlet for the weird and uncanny?”

Originally published at: The Olympicization of Skateboarding: "Can a commodified and centralized subculture remain an outlet for the weird and uncanny?" | Boing Boing

Interestingly, we have a perfect test case for this- snowboarding already went through it. The cultural overlap between snowboarding and skateboarding approaches 100%, and people said the same about it at the time (that the Olympics would ruin the culture). Arguably the opposite happened- snowboarding spread its culture through the rest of the sports

It’s a running joke every Winter Olympics now regarding how many snowboarders will be caught with weed. There was some kerfuffle initially about how they dress also, but then everyone got over it. The culture of the sport seems to have survived the Olympics just fine. Snowboarders gonna snowboard, and no council of old Swiss dudes is gonna change that.

i was thinking the same thing, but you said it much better than i could have. skateboarding will be just fine.

The culture of the sport seems to have survived the Olympics just fine. Snowboarders gonna snowboard, and no council of old Swiss dudes is gonna change that.

I expect it’s the same as with most sports. For comparison, everyone focuses on the 20 teams in the Premier League in English football, but there are 72 other teams in the professional league, 2000 teams in semi-professional leagues (Called non-league football for historic reasons), and at least 40,000 amateur teams. That’s just men’s football, there are thousands of women’s teams too. The 20 Premier league teams may get most of the attention but the teams below them, all the way down to the pub leagues, create their own culture too.

Just because most skateboarders will never become professional it doesn’t mean that they won’t create their own part of the subculture.

“In the 60-some years since its emergence as a post-war American plaything, skateboarding has found its way into every facet of American, and eventually international, culture. With Mark Gonzales, it was ushered into gallery and museum exhibitions. With Alexis Sablone, skateboarding entered the discourse of design and the built architectural environments. In Kyle Beachy’s work, it becomes a facet of literary theory, memoir, and identity.” 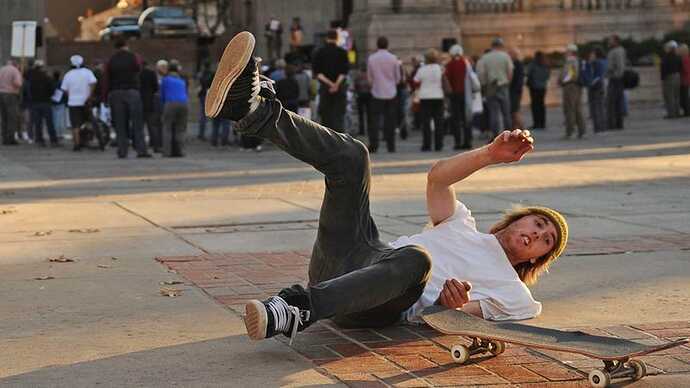 BERKELEY, CA—Having completed a long-term analysis of skateboarding activity at every skate park, public plaza, parking lot, and suburban cul-de-sac in the United States, researchers at the University of California reported this week that not one of...