The Problem We Still Live With

Pretty sure that every Murican that voted tRump wasn’t thinking about children or children of color.

Wrong! A bunch of us were!

A whole lot of them were probably thinking of our current president of color.

Hoping this one comes into play soon too. 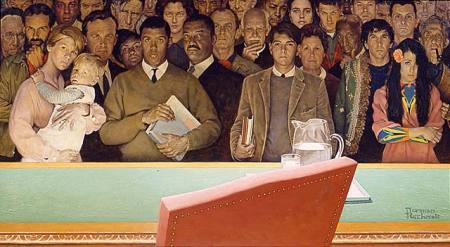 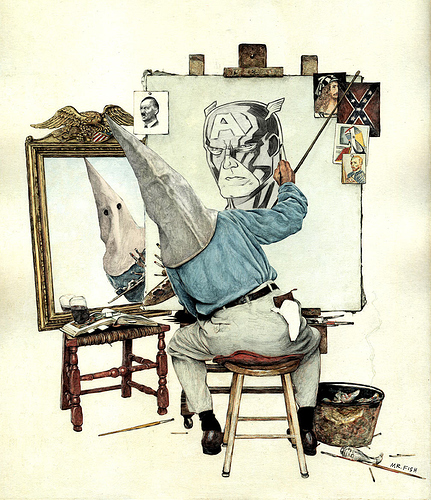 Damn. It’s been a very, very long time since art hit me this hard.

I “like” the fact that in @beschizza’s version she has no protectors.

That spoke louder than the words on the wall, to me.

That was what got to me – I didn’t even notice that the graffiti had changed, I just went “where are the marshalls?”

Women were not admitted to degrees by Cambridge University until shortly before I was born. The first colleges did not go co-educational until after I graduated. The school my brother’s children went to in Virginia was not desegregated until 1974.
Modernity is shockingly recent, and it hasn’t had time to stick properly.

I try to hear what people say and more importantly, what they feel. I am always amazed by the number of interviews, discussions about race that occur with the presence of a person of color. I am also amazed how a group of men feel comfortable congregating and discussing the medical needs of women. What is this thing that makes individuals so arrogant about issues of the souls of others, that they feel that they can speak of their experiences?
The amount of anger and hatred that was released by the Donald Trump campaign for president is, to use an oft used word by the media, stunning! Since his apparent win for the White House, the activity of being outrageous in a pubic setting, such as young white women screaming and shouting at store employees in Chicago because she feels that the black “help” was discriminating against her, is not just an aberration of white discontent and fear. What these Trump supporters represent is the underbelly of American society that was built on the supremacy of the white male and the virtue of the white female. I wonder if the white supremacists of today feel the burst of power when they demean a person of color, or spit in the face of a Muslim women? For those of us who have not lost our humanity we see pitiful souls, lost in their search, nee, their desire to recreate for a time that never existed, especially for those poor, unwashed whites in America.
Our history books have cheated us. The stories of black inventors, of women scientist lay fallow, unexplored and largely unknown. This fallacy, that whites need to re-establish “pride” in their race is just as ludicrous as any race having to establish self pride merely because of the color of their skin! Just how weak are we as people?
So, European, white males stole America from the vertiginous Indian population and in the process brought their diseases and destroyed thousands more. Really something to be proud of, right? Then we enter the world of commerce and bring thousands of slaves to our shores to build our “new” nation. We subjugate, beat, demean, enslave a people to build a great nation, one that still has difficulty recognizing their contributions - their blood, sweat, tears and humanity to build, to grow crops for profit at any expense. And that too is such a great contribution by the white male to our world our great America, right? White men that had the plan. White who enslaved not just black but others that were poor, desperate and without hope to build this great nation of opportunity and yet our history books only sing the song of the great white male and his conquests that have made America great!
There were lies told then and God knows that the lies that have been told by the Trump camp, the Republicans and the Democrats to continue the good time Charlie Train is tantamount to treason. And yet we have frustrated citizens too angry to seek facts about the world that they occupy, the world that the powerful have always manipulated at their expense.
So, not a lot has changed for all the little black girls and boys, as well as for all the little white girls and boys who do not have access to power or influence, despite the lies that they were told that D. Trump is going to make America great again… 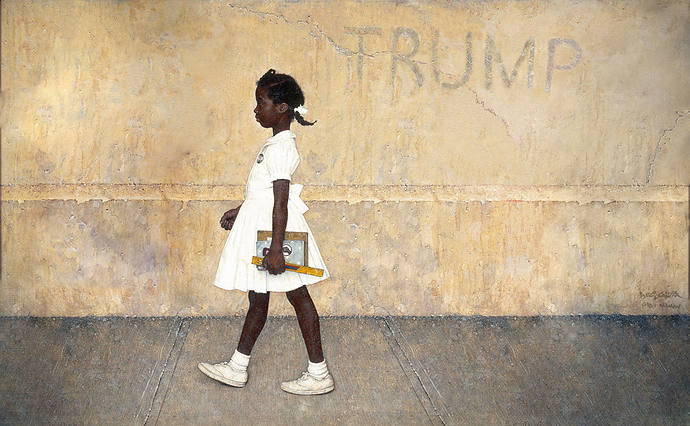 ##The more things change, the more they stay the same.

Thanks for sharing this, Rob; even as depressing as it is.