Letter to my black daughter under a Trump presidency

It’s crazy how things are developing in the USA. I’m really glad I don’t live in the USA right now, as a minority I think it’s just baffling how people are acting out, no decency, no sympathy for people of another ethnic group, how is that not common sense?, people are people and should all of them should be treated well and respected.

This is heartbreaking. My son is a white man, but I’ve still had to have The Talk with him, as best I can, because sometimes the police are nobody’s friend. He is headed for a world that will be more violent and less fair than the world I grew up in. He is headed for climate change that will keep getting worse when I am gone. Only God himself knows what wars are coming up, but there will certainly be a few.

It’s easier for us, but not that much easier.

This is SO important. Thank you.

I fear we are entering a very dark period in the U.S. All to one purpose…to allow one man to feed his insatiable orange ego.

Thanks for such a beautiful and poignant letter. I’m lucky enough my mixed race daughter is not quite old enough to understand what has happened and to live in NYC, where diversity is the norm and valued. But soon enough, and during this pres. term, she’ll will.

“I want the experience of having Donald Trump as your president to make you a better person, not angry, resentful, or mean. Those are the things you don’t like about him, remember?”

And thanks for this valuable reminder. I hope I can rise to the occasion.

Please let me know if there’s anything I can do in my position of straight white male privilege to make the next 4-8 years less hellish for everybody else. I’m serious. I feel like I’m going through something akin to survivor’s guilt (though I guess a thermonuclear war could still make things equally bad for all of us). 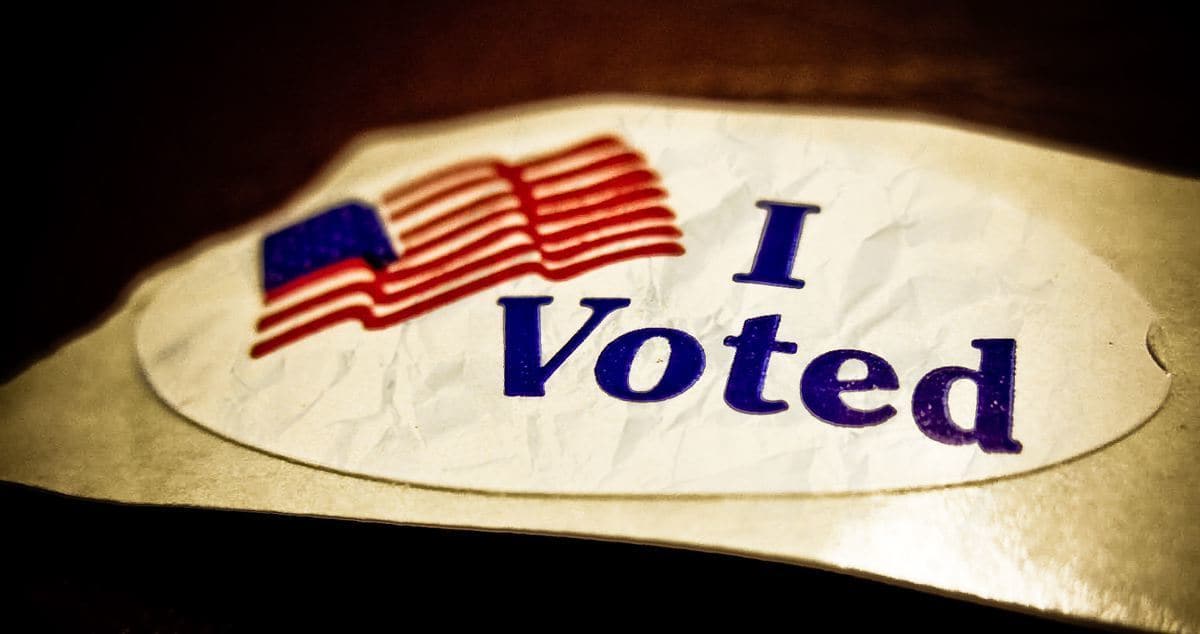 A Letter to My Wife The Day After The Election

Just A Man Standing In Front Of A Woman...

These personal stories mean a lot to me as someone who is not very good at expressing these thoughts. The personal level at which a Trump presidency has already impacted me has caught me off guard, even when I categorically have nothing to lose by it.

Thank you Maureen Herman, from the Mixed daughter of another single White mother.

I needed this today.

Please let me know if there’s anything I can do in my position of straight white male privilege to make the next 4-8 years less hellish for everybody else.

You’ve already taken the first step, just by being willing to listen.

Read the Letter Aaron Sorkin Wrote His Daughter After Donald Trump Was Elected...

The Oscar-winning screenwriter of The Social Network and mastermind behind The West Wing reacts to Donald Trump being elected the 45th president of the United States in a moving letter written to his 15-year-old daughter Roxy and her mother Julia...

In the wake of "Brexit," the UK's referendum to leave the European Union, hundreds of thousands of British citizens took to wearing a safety pin on their lapel, a quiet and dignified gesture intended to signal to their immigrant brothers and... 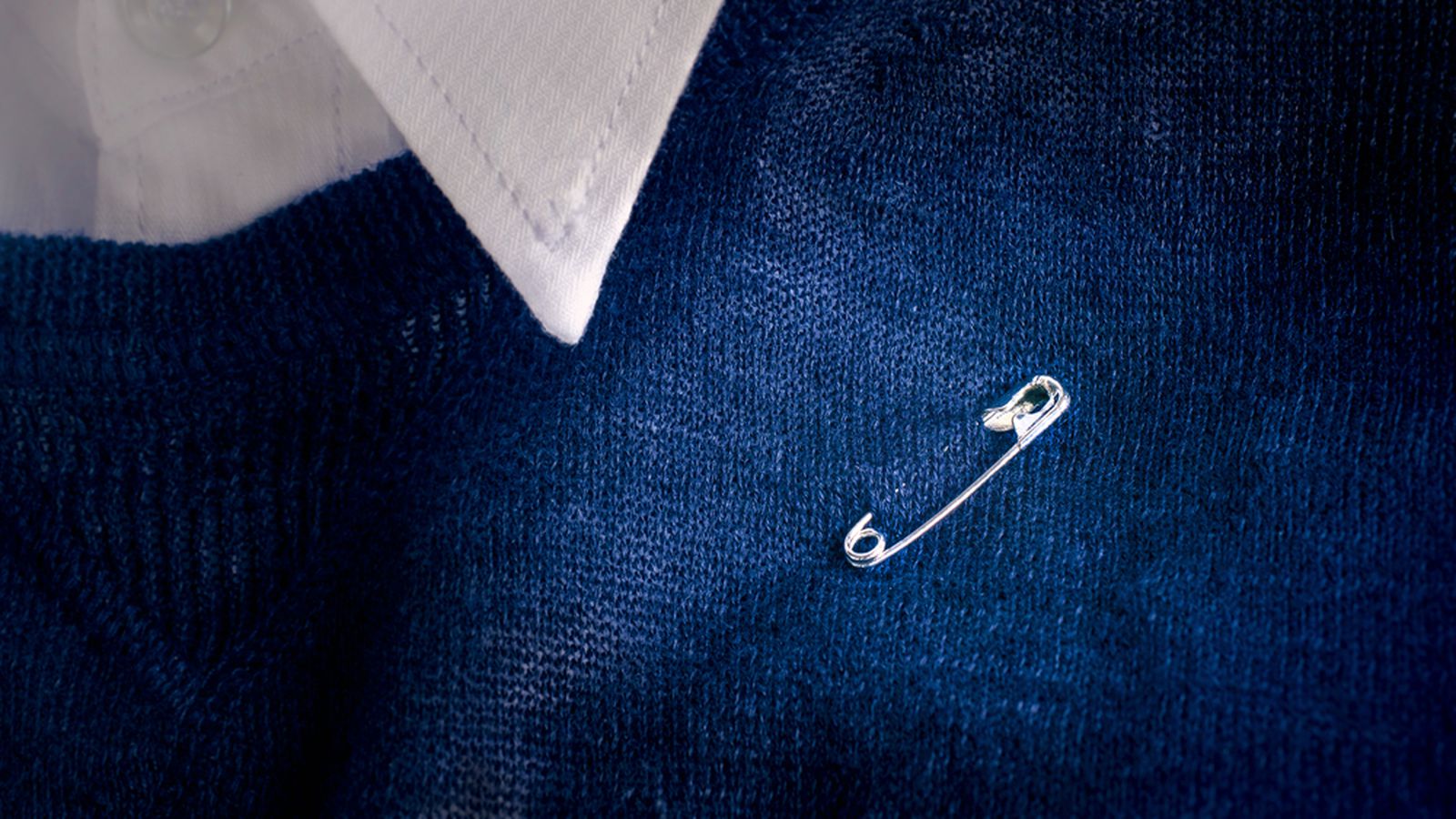 It starts with a safety pin. 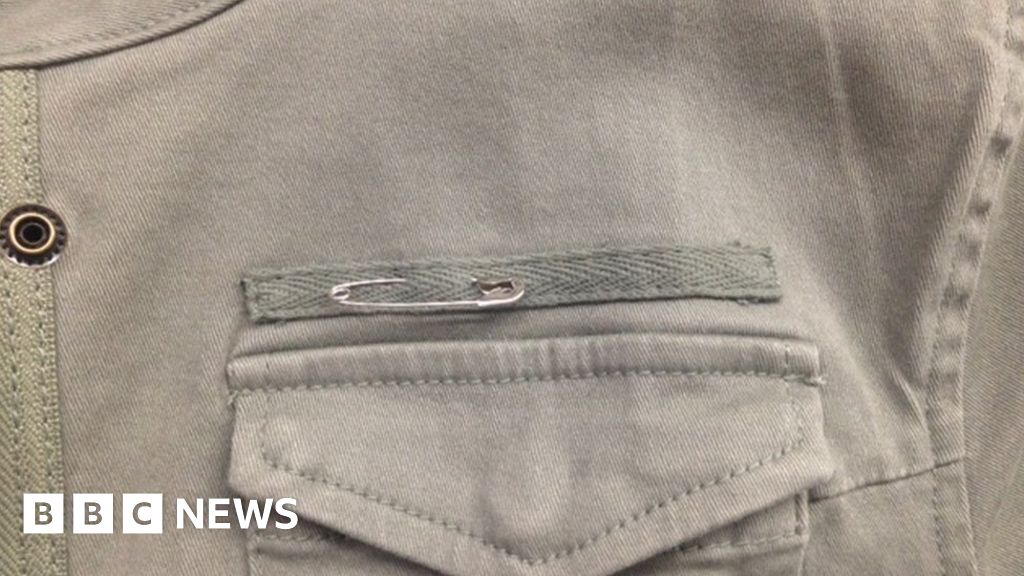 Confronting racism with a safety pin

With reports of racism the simple safety pin is being worn in protest.

Thank you for offering Brainspore, I appreciate this. I wrote a piece today and asked people to ask this question. I actually think there is a lot you can do because clearly you have the empathy and the will! It’s been proven that men are influenced most by the men around them. So, if you hear men around you saying sexist or racist things, the best you can do is call them out on it. (My man lectures & has a Ted talk, “How Great Men Think Alike” about this topic. I’m so proud of him, one of his companies works to create gender equality in the corporate workspace.) Thanks again for your support!

Thank you for this poignant, thoughtful, love filled letter to your daughter. Winter is coming. Let’s hug each other closer to stay warm.

He’s against more than half the country; as far as I can tell, he’s only for white males who subscribe to his Bizarro version of conservatism.

I thought that was a small percentage of the country.

This election was a most complex experience; a contradiction of beliefs, norms and what we thought a world-leading election process would produce. I am a minority woman born in the East Coast and raised in middle class Detroit, graduate degreed, married and have four children aged 26 to 10. As a fiscal conservative, socially liberal person, I vote based on candidate potential, his or her issue priorities and overall platform. This means I do not vote on skin color, party affiliation or gender. I would not vote for HRC because she is woman - and for the matter, I would not ‘not vote’ for Trump because he is a white male. Ultimately I am American - despite my face or my parents’ strong accent…our constitution, our diverse society and even all its social/policy solutions and dilemmas - are SO much better than any other country in the world. This is the conversation I have with our children. The meaning of finding constructive alignment with those diverse from what you look like, act like or believe, is what makes our country so special. Help your daughter find the path of light given her circumstances and it will give hope and energize her feet to move forward and do good things.

Having said that above, the reality is that I desperately wanted fundamental change from where our country is heading. I can be frustrated with the stats of less than 3% growth for an 8-year president (historically unprecedented) or trillions of $ to known US combatants who wish us Americans dead, etc. however the $30,000 annual healthcare costs (only to significantly rise in 2017) for our very healthy family approaches our mortgage costs and it suddenly became very personal. Taking your flu-ridden child to the CVS clinic and pharmacist instead of the pediatrician because the insurance deductible would be significant is…heartbreaking. The various new taxes applied on our little medical device development business (each industry got hit with ‘under the public radar’ regulation and taxes - just ask those in the know) threatens our livelihood. These my fellow Americans were my tipping points.

In hindsight, perhaps Bernie’s Movement may have worked. The trampling of that “voice of people’s desire for change” from the left was due to the Clinton and DNC machine working in cahoots to squelch any other non-Establishment player. We were left with only one “choice of change” coming from the right.

The main issue I am now having is the “democratic” party denial of what went wrong - it actually came from its own party and the hypocrisy being displayed after the election gets my goat. My 26-year old son has not spoken to me since the election because he is still upset over the turn out. I understand it totally, and my wish to the many of the protesting younger folks living in the cities or attending university is that they find the constructive paths for themselves to make a difference for the future.

However, I respectfully disagree with the Mom to Her Black Daughter who wrote, “My job is to teach you to win with honor and grace, which is not what we are seeing from Trump voters right now.”

I truly believe it is in the time of losing when real character is displayed.

The name calling, protesting, displays animosity and disgrace are coming from those whose favored candidate didn’t win.

I’m not sure why you addressed that to her, as it had nothing to do with what she said.

I like the things you have to say. Welcome to the BBS! And I hope we hear more from you.

Hi there, and welcome to Boing Boing.

Biracial college educated single mom originally from the Midwest (not too far from you, actually) here.

I truly believe it is in the time of losing when real character is displayed.

I somewhat agree with that, however…

The name calling, protesting, displays animosity and disgrace are coming from those whose favored candidate didn’t win.

…I completely and emphatically disagree with that statement.

While there’s definitely ugly behavior coming from both sides; many on the right have already demonstrated their capacity for malignance and being “poor winners.”

Reports of hate crimes, racist graffiti spike in US after Trump’s victory

Within hours of Donald Trump’s victory in the US election, a Muslim student wearing a hijab was robbed at a university in San Diego, California, by two men who spoke about the president-elect and Muslims.

We can do better.

In Wellsville, N.Y., a massive swastika is scrawled on a park wall: "Make America White Again."

Social media is awash with stories of violence, intimidation, and fear in the wake of the presidential election outcome.

Fears of heightened bigotry and hate crimes have turned into reality for some Americans after Donald Trump's presidential win. And the list of incidents keeps growing.

University of Pennsylvania officials said the Group Me texts originated in Oklahoma, and they are trying to cut the account off.

In every society we can point to examples of bad/illicit/wrong behavior to “prove” a point. I won’t justify this pic post with others to show the other side because it is just a freaking rabbit hole. My response is to say that one bad apple doesn’t mean that it reflects the whole. I spend a lot of time whenever I go overseas to defy the the image that we Americans are not what they see on television: 1. overweight and shallow living in those grand palaces nor 2. have streets filled with black drug-dealing criminals that kill police officers.

In my real world there are many hard working and moral based families who have struggled keeping their head above water and never imagined making the ongoing decision between healthcare vs. reliable transportation, taking a camping trip vs. working overtime, etc.

The level of very real economic destruction and societal breakdown is so bad that many people voted to support the call for a widespread government/establishment change, even at the expense of voting for Trump. We didn’t vote for him because of what he is, we voted for making a ground level change in the government. HRC’s platform for continuing the same as it has been for the past 8-years was disheartening. I voted for in 2008 for Obama for the image and hope he presented - but after 8-years, all his work made our lives more difficult and at times so tear-filled desperate. There are many good people who felt that there was no option in this final stage of election. Our back was to the wall. That is the God’s honest truth. I understand the protest, but frankly, the Dems should have backed a better candidate’s plan. It did not bring forth a strategy to get ourselves out of this crisis. I vote for a stronger America. When we are stronger, we can afford to support those demanding our mighty $ outside our country’s boundaries - even if we have to bribe them for peace.