Couldn’t get the financing.

We’re pretty happy being around each other constantly. And smaller spaces help with my anxiety, to be honest.

Maybe if there were some sort of duplex arrangement - with a connecting door - where I could send them “home” when I needed to.

One of the coolest i’ve seen was this: 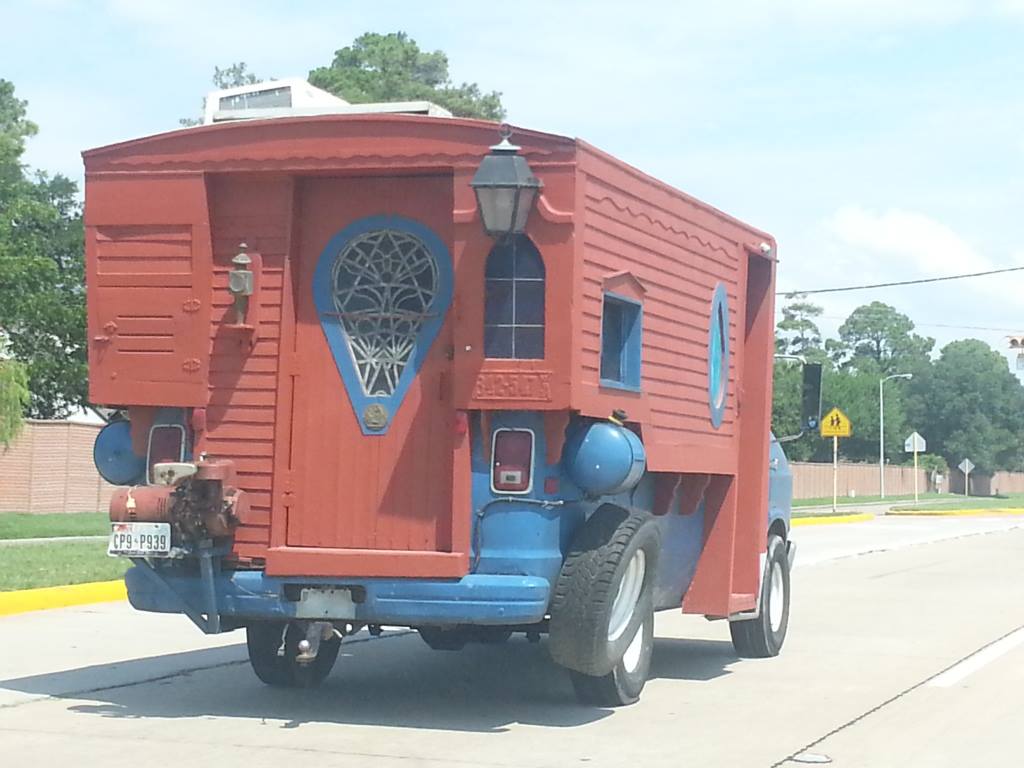 Would love to see what the inside looked like

After two weeks in a Toyota Land Cruiser 7X, I’m convinced it’s the king of vehicles and would be my RV of choice if I had the money. 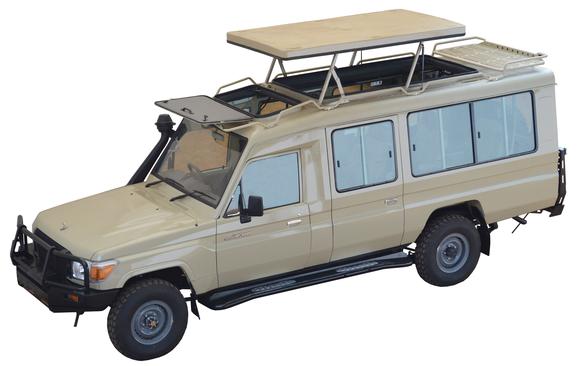 I love traveling around the US and I have an ambition, silly as it is, to visit every county in the United States (3,141). I’m at around 860. Since my wife does not quite share this ambition, I’d love to get one of these wheelchair-accessible cars and convert into a solo RV for such a task. 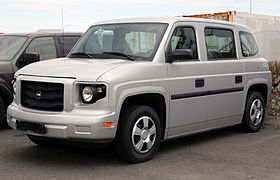 The Vehicle Production Group LLC was an American automobile manufacturer. Based in Miami, Florida, it made the wheelchair-accessible taxicabs, the MV-1 (Mobility Vehicle-1), which was built in Mishawaka, Indiana at an AM General plant. Production began in 2011, but by February 2013, Vehicle Production Group ceased production of new vehicles. The company laid off all employees and closed its doors in May 2013 after their finances dropped below the minimum condition of a $50 million clean-energy l... 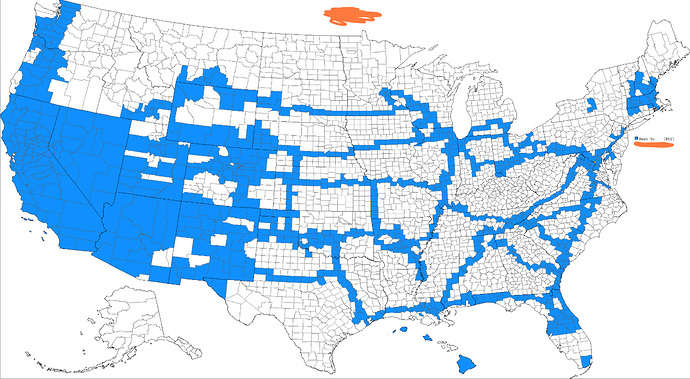 The electric VW camper is supposed to do 200 miles on one charge. This is not enough to get everywhere, but if you had one of those 2 kW windmills and there as wind, you could charge all the time you were still. I think it would be fun to go touring only using the energy you harvested: not as fast, but more satisfying, and you get to see places if you have to stop for a day.

Funny how “getting back to nature” has become a high-tech sector only the rich can afford.
If you fancy a Porsche Cayenne to drive to WholeFoods, you need one of these babies to go camping…
Like city people wearing 600$ goretex jackets to be protected on their 15 minutes outside of offices, flats and subways.
I can totally understand the reflex of wanting one of this monsters, I get the “digital nomads” thing and the convenience of taking all your belongings and the comfort of a home where ever you want to go.
But I would do everything to keep such vehicles off of those areas, that haven’t been accessible to the mainstream so far, those areas you need to work hard for to get there.
So take that 600$ goretex jacket and hike through nature and leave no trace.
But please leave your damned cars on the main roads.

Ugh, really? Only 200 miles? They can’t possibly mean that for a serious entry into the US market. Some days, you need to put 500 or 700 miles in the rearview mirror.

I have also seen a figure for 600 km, which is about twice that. There are probably several battery configurations. However, if you are doing a fast charge on the motorway, you waste power for charging speed.

When I was young, we used to use the car-carrier train to get to Cornwall. That’s the way to do the bulk of the long journey.

The electric VW camper is supposed to do 200 miles on one charge. This is not enough to get everywhere, but if you had one of those 2 kW windmills and there as wind, you could charge all the time you were still. I think it would be fun to go touring only using the energy you harvested: not as fast, but more satisfying, and you get to see places if you have to stop for a day.

Hard to say since it’s not released yet… and who knows what tech may develop to increase range by the time of actual production. Also know that the 200 mile range (500 miles for the Tesla Semi) is for highway speed. Crawling the back country would yell significantly more range at lower speed. It’s not there yet, but it’s on the way. .

There are several features mentioned there that I’m not even sure what they’re for. But the one I was expecting was not - they need to put that whole king-size bed on a lift so it goes right up to the ceiling during the day and then comes down when sleepy time arrives, making the interior rather less claustrophobic, and integrating the cab and living area a bit more. And my custom version would have no (or fold away) rear seats in the cab, too.

Very nice, but have you seen the Pangea with the sliding roof? Built on a Unimog chassis, this will fit in a standard shipping container, too. Pack it up, ship to the continent of your choice, collect it at the port, and away you go. 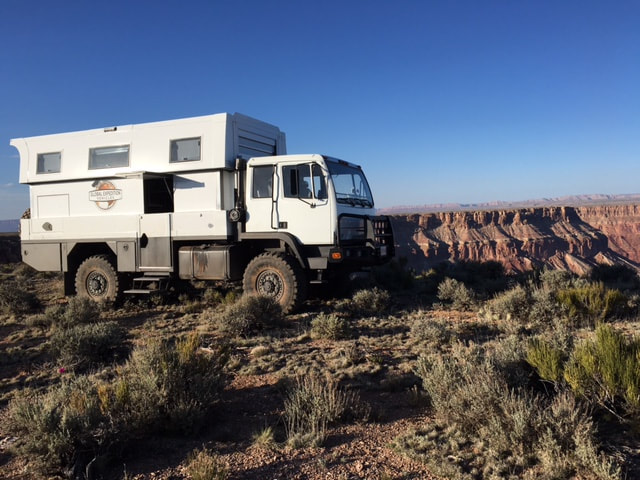 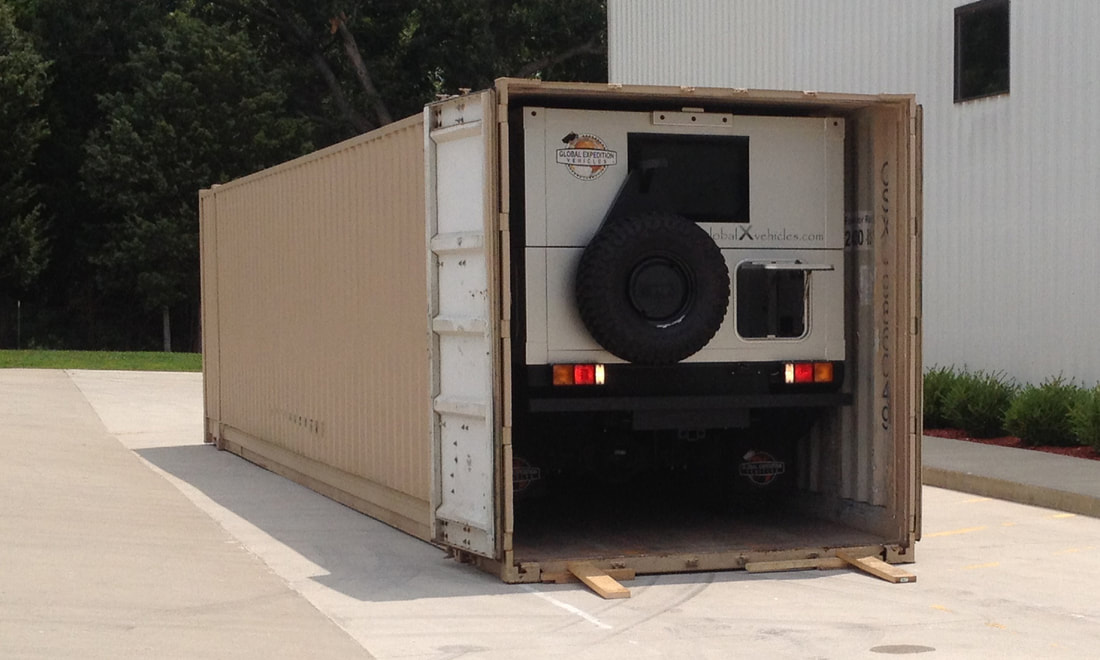 Love me a good road trip, I dos.

We have an all electric vehicle, the Chevy Bolt, for just over a year now. Great car, range is about 240 miles (mix of highway and surface streets). Range anxiety is a thing, but fast chargers are popping up everywhere (fewer in the boonies, but lots of L2 chargers, many for free). Enkwife and I spent a weekend up in Calistoga and wine tasting. Barely used half the tank of electrons. Found out there are two fast chargers in St Helena (where we stopped anyway for purse shopping and some ice cream).

And we don’t charge at home… ever. No grounded 110 close enough and too cheap to put in a L2. I work from home and the Enkwife typically walks to work, or takes the Bolt and charges it at her work (10 chargers and solar on the parking lot and bldg). Enkling the elder juices it for free at the city garage (free to park after 6PM and thus the L2 juice is also free). 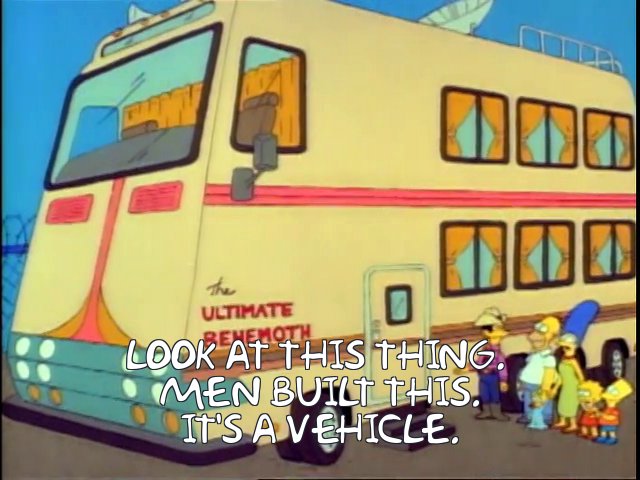 I see a lot of gearheads use “run” interchangeably with “enjoy the benefits of”. In service industries, “do” is often used in place of “provide”.

The same occurred to me; probably wouldn’t actually do it, but I’d be more likely to be up all night all stressed about the possibility.