The Sackler Family: best known for philanthropy, they made billions promoting Oxycontin

“Between 1996 and 2001, the number of OxyContin prescriptions in the United States surged from about three hundred thousand to nearly six million, and reports of abuse started to bubble up in places like West Virginia, Florida, and Maine.”

Have to keep the addiction rates up through volume.

“In 2012, the DEA moved to temporarily revoke the license of a Cardinal Health distribution center in Florida after the firm was found violating its own internal safeguards and providing increasingly massive opioid shipments to several CVS pharmacies in the state.” -theintercept

And they wonder why there is such an epidemic today.

I just want to personally thank everyone who contributed to screwing up the system so that the people cursed to live on opioids to function now are treated with suspicion, making doctors look at other expensive solutions that don’t work, and requiring my time and money be spent every month to receive the same drugs I’ve been on for 10+ year.

Christ; what assholes, in philanthropists’ clothing…

FYI the Sackler Gallery on the Mall in DC is a great place to relieve one’s self during protest marches. Just say’n.

If we lived in a just society, these people would be in prison for life with all their assets taken away and used to fix the problems they created. Unfortunately, this is not the case at all. When three executives at Purdue Pharma were charged with a felony and received a fine and 400 hours of community service. These three people who are responsible for the deaths of thousands get only a slap on the wrist.

The same thing is happening with the environment too. The people who are taking a large and active role in Global Climate Change (and pollution) are playing the victim card and lobbying hard so that they can profit while destroying the earth.

Oxycontin: It has such a cuddlely name too.

I know, it’s like an acne medicine keeping our kids fresh faced and All-American.

I just want to personally thank everyone who contributed to screwing up the system so that the people cursed to live on opioids to function now are treated with suspicion,

Amen. It took months of arguing with our doctor to get her to reluctantly agree that as long as my spouse has tubes inserted through her back into her kidneys, maybe it isn’t the right time to talk about weaning her off of her hydromorphone prescription.

@doctorow: There is a pain epidemic, and there is also an epidemic of depressed white people seeking to alter their mental state with drugs that don’t have brown people cooties. Kindly do not confuse the two the way the media and government are so eager to do so.

Princeton economist Alan Krueger believes that one in five Americans who no longer participates in the labor force does so because of addiction to Oxtcontin.

Sets off my bullshit detectors big time. Given that we know from way back before the UK converted to the American anti-drug crusade, heroin addicts are fully capable of holding down jobs and living normal lives if you give them affordable heroin without criminalizing them, I think it’s a lot more likely that those people are taking Oxycontin because they are jobless and depressed, rather than the other way round.

The problem is western medicine is looking for a pill, when the remedy for many pains is in the body itself, or in other means of addressing the pain. I believe doctors are out to help, not to hurt. 99.99999999% of all doctors want their patients to be well, not addicted or riddled with pain. But they don’t have the tools at hand. That, and the medical community is slow to try new things, such as subdermal electrostimulation: 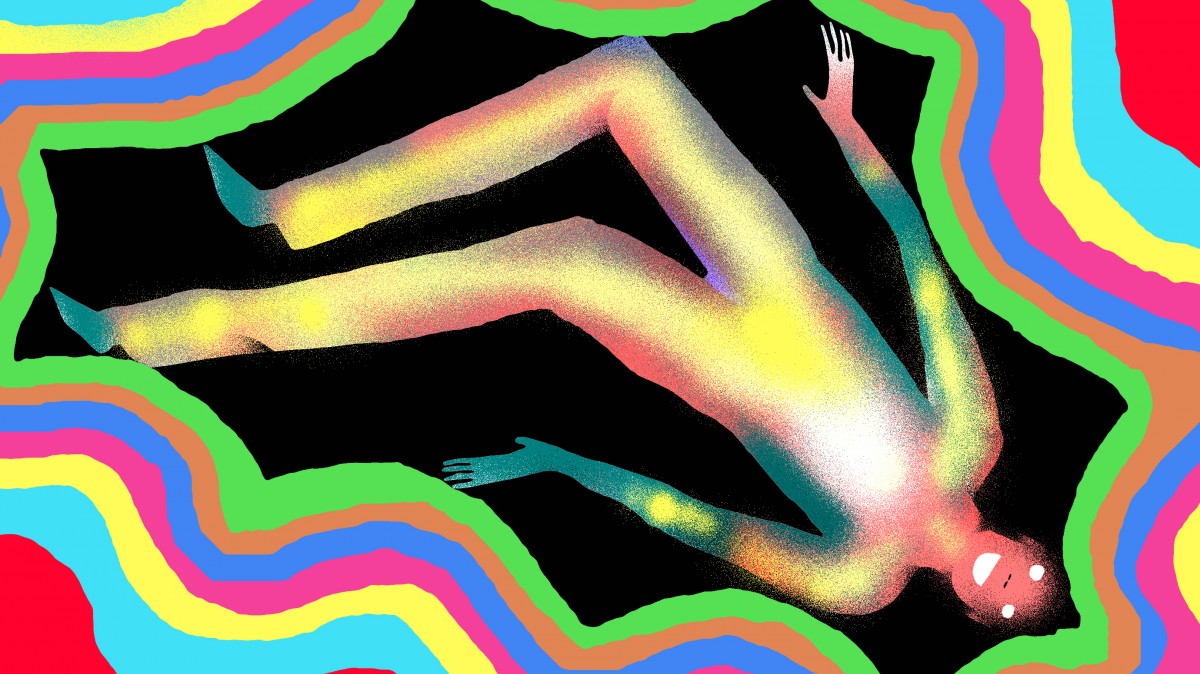 How technology could help curb the opioid epidemic

It’s going to be a very slow process to de-tox the nation from all these opioids. I have used them for a few months when I needed them. At times, they were the only things that could touch the pain. But my goal was to get myself off them, get myself moving, get my body helping itself. I fully realize this is not possible for many people. But I also believe there are alternatives out there that need to be explored.

Basically, opioids have proved to be sufficient, but they have not yet proved they are necessary in all cases.

Wonder if that number is largely people who are in chronic pain who still can’t function with painkillers?

Is it time to eat the rich yet?

Wonder if that number is largely people who are in chronic pain who still can’t function with painkillers?

Well, because the establishment’s response to white people taking drugs is based on 40+ years of failed drug policy, it’s impossible to say. We know that lots of people in pain have trouble getting enough painkillers due to doctors being afraid to prescribe “addictive” drugs that are harshly regulated by the government. We also know that those painkillers are mind-altering substances and if someone needs to alter their mind but don’t have access to better mind-altering chemicals like pot or LSD, they can use them for that. (eta: or if they are afraid of the better chemicals due to demonization or due to their being associated with brown people). Because both groups of users of the drug are demonized and lumped together, it’s very hard to figure out just what ratio of people are taking opiods to treat physical pain vs to treat psychological pain.

As treatment for physical pain, opiods have their downsides but they work pretty well and they’re the best the drug industry has been able to find after a century of research. As treatment for psychic pain, opiods suck and are also dangerous but they are (semi) legal unlike pot, etc, so tons of people take them and some of those people die, more victims of the drug war.

The Sackler Family: best known for philanthropy, they made billions promoting Oxycontin

Might be best known to you for philanthropy, but I know them as Americas number one drug cartel. They made their first billion peddling valium to American women - your grandmas addiction.

Then when that patent ran out they switched to selling a synthetic opioid which had the advantage of being hard to get addicted to. Only whoops! Their bad, it turned out that actually it was just as addictive as any other opioid - for which they paid I think 600mn in fines. They have now made 35bn from peddling legal opioids to America. Bless them! and Bless this fine country which makes this possible.

sets off my bullshit detectors big time. Given that we know from way back before the UK converted to the American anti-drug crusade, heroin addicts are fully capable of holding down jobs and living normal lives if you give them affordable heroin without criminalizing them, I think it’s a lot more likely that those people are taking Oxycontin because they are jobless and depressed, rather than the other way round.

Yes of course. However prescriptions do come to and end and most methadone clinics open at 5am. Its hard to hold down quite a few jobs when you have to be at the methadone clinic at 5am. And some people are a little funny about letting someone who seems a little “light-headed” use heavy machinery. For a brief while, I made the mistake of letting someone who had a small opiate problem plow a parking lot for me. I stopped that arrangement when a) people reported a smiling happy plow guy running his plow truck at 35 miles an hour through a small parking lot full of parked cars. b) when he hit a manhole cover at 35 miles an hour and shredded it with his plow. Also if you see addicts when they are a little dope sick it is disconcerting. A fat 45 year old sweating profusely despite being topless in 35 degree weather and swaying because he has taken an anti-depressant to “take the edge off” his dope sickness. If he isnt scoring regularly he isnt going to look like a top choice for an employer. And if he is scoring regularly then he isnt going to be paying his rent on time.

Of course you are right. In many cases there isnt much reason to come off the dope. However it doesnt change how much it sucks to live near someone who has that problem.

the Sackler Gallery on the Mall in DC is a great place to relieve one’s self during protest marches.

They have restrooms open to the nonpaying public?

I believe doctors are out to help, not to hurt.

It’s a business. doctors may want to help, but they also want patients, and if a patient who wants antibiotics, a painkiller or some other medicine that isn’t actually good for them threaten to go to another doctor, they will most of the time get their prescription. If the doctor just got a nice paid vacation from the pharmaceutical company he may even have managed to convince himself it’s the right thing to do.

Before it became politically expedient to create a moral panic, we didn’t hear much about “opioids”. As far as I have been able to determine, actual opiates were tracked separately from other painkillers. So how are we able to create these AMAZEBALLS charts and graphs showing an explosion of opioid use when we weren’t tracking opioids, only opiates?

I mean, hardly anyone was talking about opioids in 1991, right? So what was the methodology used to create all these charts we see every day? I understand there’s a crisis and that it was created by FDA corruption paid for by the Sacklers, but where are these graphs coming from? Isn’t it rather likely that at some point they are using opiate numbers rather than opioid numbers? I don’t know, but I’d like to know.

An interesting thing I found in the excellent article was that Sackler apparently also created the housewife tranquilizer addiction crisis of my youth, using the same method - leveraging corruption at the FDA to mislead physicians.

Big Pharma read William S Burroughs’ novel Naked Lunch and mistook it for a business plan, installing Dr Benway clones into every CEO position they could.