The two main points I have been focused on are, covering topics she did not know when they come up in practice, factorials and radicals for examples, and to give her pointers on getting through the problems with as little involved math as possible. No calculators permitted on the exam. Thankfully, I keeps calculators to a minimum in class.

If the answers vary widely, I showed her how to approximate the answer quickly. Otherwise, I try to improve her feel for the numbers.

One key point is that you don’t need to assume conscious bias in designing the tests. Let’s just start from the assumption that you have a group of schools who wish to admit the students most likely to do well (by some metric that’s probably already unfair) and wants to test impartially for the likelihood. Presume that’s done with the best of intentions: they want to have an impartial test (or other evaluation procedure).

Let’s say they go at it with scientific rigor, and carefully evaluate each test question on an existing pool of students, selecting the questions with the greatest correlation with their success metric. The end result will be that they design a test that selects for privilege, because the privileged students in the existing system have done better than their less-privileged counterparts. It will, without any conscious meddling, become a test of privilege!

Of course, any evaluation targeted at stratification of people will turn into a test of privilege, if only because wealthy parents will naturally and rightly want to ensure that their children enjoy any possible advantage. The privileged kids will therefore also get the best possible enrichment outside of school. If nothing else, a kid with well-educated parents will hear well-educated discourse around the house!

We won’t get far trying to squelch that aspect of human nature, so a completely level playing field is a chimera.

But let’s not make it a cliff, shall we? The sort of advantage I talked about in the last couple of paragraphs is of a whole different sort than the advantage that the rich kids enjoy over those who lack sound nutrition, adequate housing, stable family life, regular health care, or fundamental education with competent teaching. All of those are basic human rights, which can be recognized without denying the right of parents to try to provide their own children with the best possible start in life.

A big adjustment factor seems to have been socio-economic background, significantly reducing the scores of less advantaged kids. Those kids who were on track to be the first in their community to go to Oxford/Cambridge? Nope.

Sigh. And to think that once upon a time, Cambridge was rather a leader in breaking down that sort of system, with Churchill College reaching out to admit its students mostly from the state schools, rather than casting its net chiefly toward such institutions as Eton, Harrow or Rugby.

I mention that in my post upthread. Something similar is happening with the IBO, which is doing a similar adjustment that is apparently discriminating against whole countries. And this is a problem with the GCSEs in the UK as well, it is just getting less scrutiny because it is less tied to things of importance to the chattering classes in the UK, namely attending elite universities.

The problem remains: what do you do instead? What should Oxbridge use to determine admission? It doesn’t seem to be a soluble problem. Adjusting or not adjusting the faux A-levels are both arguably damaging to one or another set of students’ chances.

Right, but if you understand how SAT scores work they can be valuable in determining who did better than expected after controlling for the other factors. I don’t like SATs, but I haven’t heard about what information colleges would use instead. Grades are maybe more susceptible to being determined by the wrong factors than SATs are, no?

It doesn’t seem to be a soluble problem.

Although some parts of it are less insoluble than others. The fact that elite private schools are actively bragging that their students aren’t having their scores downgraded…

This test isn’t upholding my racist ideals! I mean in 100 years, I understand that little Asian kids will be crushing this test.

Your first suggestion alone would be revolutionary.
I want to live in a world that lets teachers and nurses unlock their full potential and enjoy their work by giving them less than a dozen people to look after at once.

I always wanted to be a teacher.
I have two mums who are a-m-a-z-i-n-g teachers.
One decided to get a masters at 60 and completed it while working full time.
My sister just graduated last year while raising 3 school age children.

Unfortunately I’m not as tough as they are!
I would find the systems and heirarchies they deal with intolerable.
I’d be chewed up and spat out with a nervous breakdown within a year for sure.

But we should very much not think of education as mere job training, and perhaps think of it as a means to improve our overall quality of life?

Yes! I may have sounded like I was shitting on institutional learning and I apologize if I came off that way. Just because I followed a certain path in life due to the circumstances that were presented to me doesn’t mean that I look down on those that follow a different path. I have many blind spots intellectually that I would be less likely to have had if I had a formal/different educational experience. It just means I need to work harder to overcome this, or maybe if I’m lucky I can turn it into an advantage by providing an unorthodox perspective.

The SATs are an American test so this is just baked in regional backward thinking. But it isn’t “culture” in the same context.

Almost as if these kind of tests aren’t really accurate measures of intelligence or smarts.

Grades are typically inflated or subject to arbitrary “weighting”

in the UK right now with their A-levels

There are different fuck ups in England, Wales, Scotland and Northern Ireland each presided over by different political parties. The u-turns will come shortly in a cloud of smoking rubber.

Oxford colleges are under pressure from alumni to accept any offers without condition (Worcester College already has).

Incidentally, the basic structure of the UK education system was based on the work of this guy: 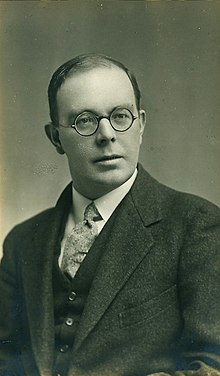 Sir Cyril Lodowic Burt, FBA (3 March 1883 – 10 October 1971) was an English educational psychologist and geneticist who also made contributions to statistics. He is known for his studies on the heritability of IQ. Shortly after he died, his studies of inheritance of intelligence were discredited after evidence emerged indicating he had falsified research data, inventing correlations in separated twins which did not exist. Burt was born on 3 March 1883, the first child of Cyril Cecil Barrow Bu...

There are different fuck ups in England, Wales, Scotland and Northern Ireland each presided over by different political parties.

Seems like they were all using the same algorithm for “adjusting” the predicted test scores though, and the different responses so far are telling. In Scotland, Sturgeon has acknowledged the fuck-up and they’ve discarded the “adjustment” entirely, whereas in England, Boris’ response has been “no, this is fine.”

and with a culture that emphasizes “entertainment” above all else

The core cultural problem here is not one of entertainment… it’s one of white supremacy. That’s the problem that needs to be accounted for, not consumerism.

I had all sorts of tricks to figure out the answers without doing the work. I’d go through and do the easiest questions first and mark all the ones that had a trick or a hint from another question.

My laziness gave me an advantage over the other kids until the day that a teacher told me the test scores don’t matter. Fastest test of my life.

IMHO, when a self-avowed racist says, “Ah shit, this doesn’t prove racism is good!” we should probably just throw that thing away, instead of using it as proof that equality is good. There are other ways to prove that part.

I’m still stuck on this part. One: if the racist said the thing “proved racism is good” does that mean we should use it? Two: who says the SAT proves equality is good?

I’m not saying the SATs are good or unbiased. But I can’t accept that the fact that they proved a racist wrong should be counted against them.

I’m not generally a fan of proposals to throw a thing out that do not simultaneously propose an alternative, better thing.

What is the argument here? Are we opposed to multiple choice testing? Are subjective assessments (e.g. interviews) better for admissions? Or are we claiming there should be no academic assessment at all? All of these seem tenuous.

If the conclusion is that we should adapt the questions to not reinforce racial inequality then I’m totally in favour… but I’ll bet the questions from 1926 are not going to be relevant to that discussion. The racism of the modern SAT and its use is not the fault of Brigham, it’s our fault.

FWIW, Brigham later disowned the eugenics movement and became one of its leading critics.

EDIT: no academic assessment is problematic because either you have only assessment in terms of final college degree, in which case you are committing to admitting students that you have a high chance of failing - which really isn’t in those students’ interests because not everyone is well suited to college, or you are basically deciding to let graduates go to employers with no information on relative academic qualification at all, thus asking them to make their own subjective assessments on which student seems “smart”. That seems very likely to massively increase the impact of prejudice.

Is the Leisure Suit Larry effect, where if one wasn’t living in the USA in the 1970s can’t know the answers about baseball players and the like.

If the programmees normally taught in math are different one could be confused by the explanation, like the new math or some aspect of calculus that could be taught differently.
Or the fac that football in USA and UK are different things so a math proble talking about 4-4-2, corner kick, penalties, offside or English mean could be confusing.

Sadly he didn’t take the further step of re-evaluating his own biases and discovering that racism is dumb and wrong. So close and yet so far.

Wait, wait, are you suggesting that the article didn’t sum up this guy’s entire life?

As an aside, it’s been awhile since I heard someone say they were #DisappointedWithBoingBoing. Is that no longer a thing?

It’s not just about money though. As @Mindysan33 said, the internalized gender bias in math, science, and engineering is massive. Girls absorb the message at a very young age (some studies show before they can even talk) that women are not supposed to be good at most things, especially math. This puts them at a big disadvantage when confronted with those presumptively neutral test questions. Is the question itself biased? I mean, at some point that notion becomes meaningless when you consider that the people writing those questions created the same society that convinces the girl she will be bad at answering those questions. A distinction without a difference, in the end.