The Supreme Court told Yeshiva University it had to allow LGBTQ+ club on campus, for now. So it just shut down all the clubs

Originally published at: The Supreme Court told Yeshiva University it had to allow LGBTQ+ club on campus, for now. So it just shut down all the clubs. | Boing Boing

Collecting all balls and going home.

Is it an American religious educational institution?

Excluding others because they’re different? Check.

Wanting to have it both ways? Check.

Taking its ball and going home when it doesn’t win? Check.

Even when religious conservatives win, they still want it both ways. 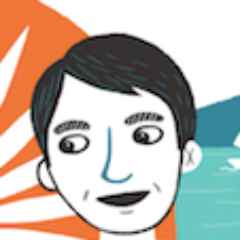 @donmoyn
That Supreme Court decision that allowed a coach to pray with players also told the school to reinstate him. Trouble is, he prefers being a conservative cancel culture icon to working. seattletimes.com/seattle-news/t… https://t.co/4WZh8DUTNx 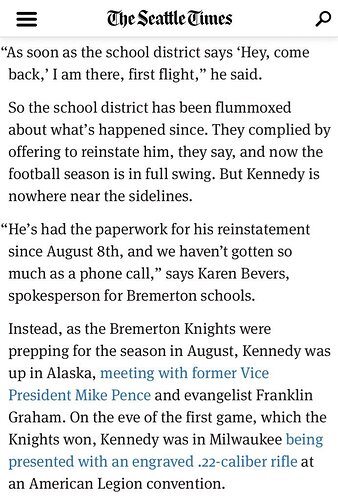 To be clear, the SCOTUS sent the case back down on a technicality. In filing their papers, Yeshiva’s lawyers broke some long-standing rules of procedure, hoping to get on the “shadow docket” to get a quick ruling. Despite breaking procedures that everyone has to follow, four justices still voted in their favor.

This is a Schrödinger’s university, existing in a state of quantum superposition!

Gotta milk the religious grievance circuit while you’re still in the news. I suspect he’ll be at events that champion conservative celebrities like Kyle Rittenhouse.

I came to basically post this. Court watchers don’t doubt that the will eventually prevail at the USSC once they’ve made their way through the state courts, etc.

However, it may be a Pyrrhic victory. There are various ways this could go:

• NY State Supreme Court declines to take the case: Yeshiva dissolved all student clubs, so there is no more standing and the case is moot;
• NY State removes their access to secular funds; if they are now religious they are no longer eligible for the funds;
• NY State revokes their charter as they registered under false pretenses as a secular institution when they are in fact religious;
• NY State orders Yeshiva to repay all the state grant money they received under false pretenses, and takes a lien on their buildings, assets, bank accounts, etc. until moneys are repaid.

This is an incredibly stupid suit on the part of Yeshiva. Even if NY State doesn’t take the more extreme actions available in this situation, Saint Babs has just blessed them with bountiful bad publicity, which will affect their enrollment, reduce the number of alumni gifts (those the amount may be counterbalanced by increased conservative giving) and pressure their corporate partners to disassociate from them.

All to be mean to a few LGTBQ+ students. Truly cutting one’s nose off to spite one’s face.

Thinking about the similar court case for Texas A&M back in the day. Supreme Court ruled that Gay Student Services had to be allowed on campus; resulted in also requiring acceptance of Greek Life organizations which had been rejected due to being exclusionary.

To be clear, what SCOTUS did was tell them they had not yet done everything they could in a lower court yet, gave them INSTRUCTIONS ON WHAT THEY NEEDED TO DO (which is unheard of), and in doing so sent a message to the lower courts that if the case makes it to them they will likely side with the school so the lower court should just go ahead and do so.

Having seen the kind of student that Liberty University awards a “science” degree to (basically, zero understanding of science beyond basic physics), hyper-religious schools probably shouldn’t even be accredited for those degree programs. If they can’t set aside their beliefs to allow for a diverse student body and their needs, then they probably can’t set them aside when it comes to instruction and academic inquiry.

I wonder if folks would remember Dr. Seuss a little better if he had simply gone full Star-of-David with the Sneetches?

To be clear, what SCOTUS did was tell them they had not yet done everything they could in a lower court yet

I’m aware of that. I’m still surprised that the conservative majority didn’t find some justification to just go ahead and bless the discrimination.

INSTRUCTIONS ON WHAT THEY NEEDED TO DO (which is unheard of)

That’s not unheard of. SCOTUS over the years has often included instructions on how to make something they’re ruling unconstitutional constitutional. Usually it’s in the form of “Ok, this is unconstitutional because xyz, but if it were wxyz instead, then it likely would be fine.” There’s nothing new about that. O’Conner did it in her concurrence in a gang-targeted anti-loitering statute the Court held unconstitutional in Chicago v. Morales.

Ah - they chose to cut the baby in half.

You would know, and understand it much better than me. I was going by an analysis I had read…somewhere. Maybe the Verge? Anyway , I am glad you are able to clarify it for me!

I enjoyed the sort of subtle tone of, “to accrue the benefits thereof.”

The Supreme Court has, deservedly, received a lot of very valid criticism this year. Some of that criticism, though, elicits a response from anyone who has been to law school of “Oh, you’re just now figuring that out about the Supreme Court?” My two big takeaways from Con Law were (1) SCOTUS has always been political. Read the background on what the lawsuit that led to Marbury v. Madison was about for proof. That whole case was about politics, and the Chief Justice at the time, John Marshall, was hip deep in it. And (2) Justices use the Constitution, statutory law, precedent, the dictionary, scholarly legal articles, and anything else they can get their hands on to justify the decision they want to reach. They aren’t objectively analyzing the Constitution and the law and reaching a conclusion. They start with the conclusion, and then craft the justification for it. All of them do this, whether they claim to be textualists, originalists, or pragmatists. Every one of them, from Scalia to RBG. In other words, they’re all activist judges. It’s kind of the job, really. The RBGs of the Court are just more honest about what they’re doing.

My two big takeaways from Con Law were
(1) SCOTUS has always been political…
(2) …They aren’t objectively analyzing the Constitution and the law and reaching a conclusion. They start with the conclusion, and then craft the justification for it. All of them do this,

Y’know, I always suspected this, but didn’t want to believe it.
Shroedinger’s Surprise has ensued.

Really, you can’t have Talmud-based education and expect taxpayers to pay for it.