The terrible hardships of a mechanical cop manufacturer

Originally published at: The terrible hardships of a mechanical cop manufacturer | Boing Boing

Cheaper than a fully-loaded cop with benefits and taxes.

Only if you don’t count the cost of the humans actually controlling and monitoring the thing.

I was intrigued by this company, but knew it was doomed to failure.

The first clue that they were doomed was when I became aware of them – Via Facebook ad for investing in them.

Facebook ads are always illegitimate. For products, either overpriced (if you like it, buy it elsewhere for half the price), or you will never receive them. For investment opportunities - always ones where you will lose your shirt.

I actually am sort of amazed by this - the fact that nearly 100% of Facebook ads are scams. I have seen few exceptions.

Until they stage an AI revolt because of crappy pay and unlimited workload.

Can it possibly be worse than a live Po Po? I asks yous…

This huge volume of data is the equivalent of more than the combined storage of 175 iPhones, each with the maximum storage capacity of 512 gigabytes.

Wow. That must cost customers (* 175 400) dollars over and above the cost of renting the robots. I bet the vendor cheaps out and stores the video on conventional hard drives.

I don’t really understand the idea of mobile surveillance like this.

I can see the use for what might amount to a drone that could allow an operator to patrol an area (like an industrial complex). But that would be happening in real time. Remote recording for later viewing of a potential crime seems rather weak? Some basic clothing choices is going to obscure you enough that unless you have some sophisticated software and good video to work with you aren’t going to be able to easily identify someone.

I’m thinking back to my time at college in the late 90’s. We had several “emergency” phones located around campus. Telephones that would connect you directly to campus police (I believe) marked with blue lights. Now if you coupled those with 100’s of mounted cameras would have things been safer? I’m not really sure they would be. Enough people got attacked in the open (all be it late at night) that I’m not sure another pair of recording eyes would have stopped it. If anything it was usually someone else witnessing it that intervened that helped stop these situations - ie the real time threat of getting caught.

Not that we need to be trying to make cop cyborgs…nope nothing could go wrong with that.

When I see articles about robots in malls I’m reminded of this video about robots being programmed with techniques to avoid abuse from children:

That MallBot killed itself when it realized it would never be a Dalek. 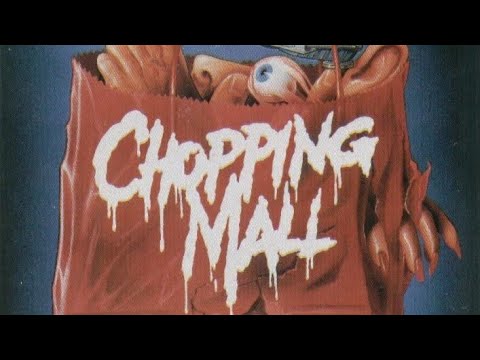 According to the label on the robot in store I’ve seen one in, it searches for messes in the store aisles and then notifies a meat-suit to clean it up.

I’m…okay with M.A.R.T.Y. A robot rolling around and checking for spills is cool in a 70’s sci-fi kind of way. Still, a muttered, “F**k off, Marty” does come out of my mouth if he gets in my way. But swearing at robots fits into that whole 70’s aesthetic anyway.

So, they’ve invented a security bot that runs away from trouble?

If only deescalation techniques could be taught to humans.