The Thingmaker was the coolest toy ever

I wasn’t allowed to have one. All I got is chemistry sets. T_T

Oh man! I remember Thingmaker! You are right, it was the coolest. Thanks for the jog down Memory Lane

How hard would it be to recreate today? Anyone know how to buy/make a Plastigoop equivalent? Can we just put them in the oven?

Nice memories, this was my favorite toy too! I still remember that burning rubber smell.

they still have them, i bought my son one like 5 years ago, we made so many bugs.

My family had one of these kits. I can still remember the smell of the goop as it was heated. I can only begun to imagine what was in the glow in the dark bottles.
We lived in Illinois in about 65/66. My father was on a sabbatical at a university there. When we moved back to the UK, The kit came back with us. I think we ended up using the oven to cook it due to the 110v/240v thing.
Many years later I found the kit stashed in a wardrobe. All the goop had settled out in the bottles, I tried to stir it using a skewer, unsuccessfully. unbeknown to me I had put a hole in the bottom of one bottle. My Mum went mental at me when she went to get something out and everything was covered in this sticky chemical goop.
are good memories.

Want to make your own Creepy Crawlers and other Thingmakery plastisol critters–in your own CUSTOM MADE SHAPE MOLDS?

I received thingmaker molds and gel stuff along with a vintage vacuform, in box, last spring from a close family friend. dated 1965 i think? i’d have to look again.
my son (7) and i pulled it out looked at it, but didn’t have the time to bust it all out to try.

They still manufacture CreepyCrawlers stuff. 3 pack Goop refills on Amazon are about $50 USD. All you have to do is heat it up in the mold to about 390F for a few minutes, then let it cool.

The goop is rather expensive, but the process to make the critters is so easy it might be worth the cost, since you don’t have to worry about toxic by-products, vacuum forming, trimming the excess is very easy and can be done with scissors or a razor blade, and you get some great colors.

Fifty bucks?! You could get some real creepy crawlies for that.

we made so many bugs

note to self: don’t employ programmers playing with The Thingmaker as children

Yeah, but none of those will last for thousands of years, and glow in the dark, and only a few can be stuck to windows just with a little saliva.

Lucky you, by the time I was born (1989), chemistry sets were long gone, thanks to the BATFE. Those bastards aren’t willing to permit us to have any fun. Sawnoff Stryker full auto clockwork 12 gauge: Destructive device. Picric acid: too explosive. Pack of Marlboros: $12. Build my own still: only if you plan on using it for medical purposes. 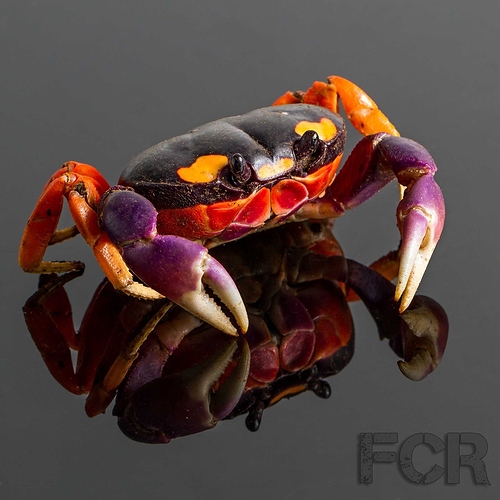 My father was a plant foreman for Mattel. He started there after WWII as a janitor and rose in the ranks…starting when they were only making doll houses!

Mattel used the children of employees as toy testers. I had all the toys of the early 60’s to play/break. My favorite was the Vac-u-form system. I used the hot plate of the Vac-u-form to heat the casting molds for Thingmaker. About that time, Incredible Edibles also came out. So I was making edible insects…taking them to school. Eating black licorice spiders in front of the girls always got gasps!

My father retired after 13 years with Mattel and moved us to Hawaii…but that is another story! -)

Mattel used the children of employees as toy testers.

An obvious and sensible test procedure - when I look at toys sold today it seems no kid saw them before they hit the shelfs. I had a hard time to find adequate presents for my nephew (3 years) and niece (1 year) for their birthdays. Finally I opted for Lego Duplo and resonator bells.

Still have the original Thingmaker and Creepy Crawlers sets from my childhood. A local neighbor closed her toy store and gave me about 50 bottles of goop, all in 3-packs. Every color, etc. My kids and I still bring it out and play with it sometimes. They love the way the plates sizzle when they get dunked in the water cooling tray. Hopefully someday they’ll be able to share it with their grandkids. Thanks for featuring this.