The Trouble with Tribbles

David Gerrold carefully documented the story, from first draft through airing, of his fan-favorite Star Trek episode The Trouble with Tribbles. I’ve carefully guarded my copy of this paperback since my teens. Gerrold’s memories of working on the set are fantastic: One day, I showed up at the set and William Shatner said, "Hi, kid.… READ THE REST

I had that book when I was a tweener Trek fanatic! It is full of great stuff. Like, almost-were episodes Gerrold wrote. One was about a hypnotic teddy bear that Spock eventually had to phaser. In another a crew member separates into past, present, and future selves.

Um, hey. If you live near Portland, the Atomic Arts folks are presenting "Trek in the Park" one last time, and can you guess what episode of Original Trek they're dramatizing?

They did a preview at the end of last year’s episode: 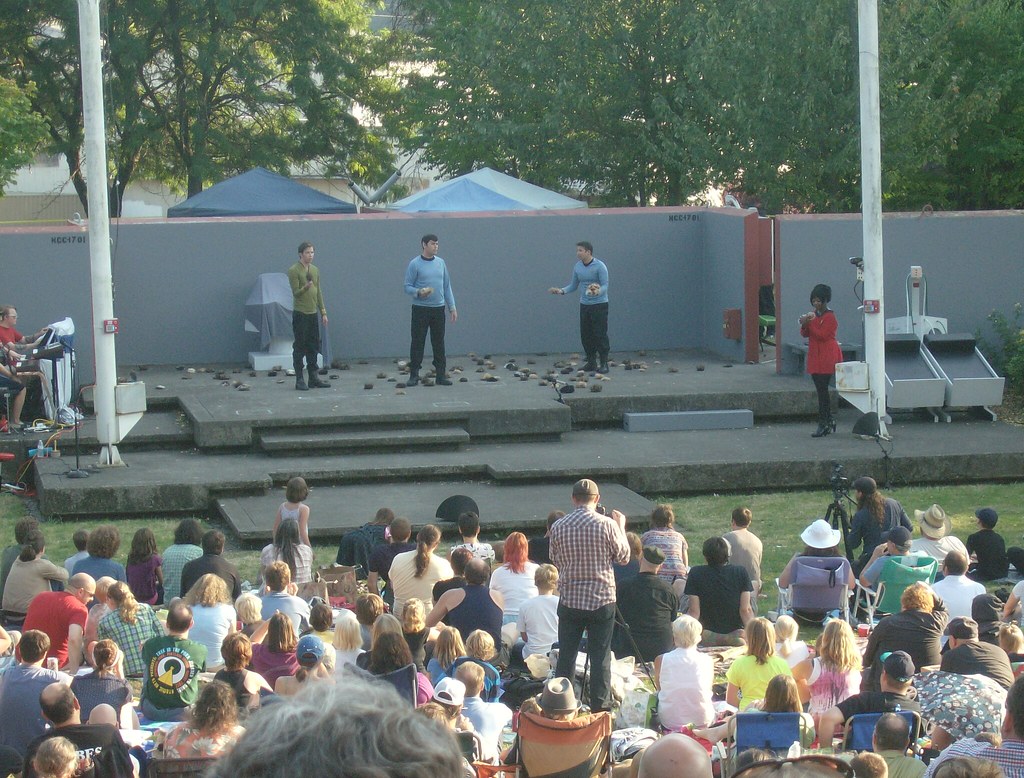 Now I just REALLY want to know what Shatner said to him.

I really liked the first installment or two of that series, but damn did he lose it by 3 or 4.

Sadly, this looks to be the final season of TitP

Unless they launch “Next Gen in the Park” which would be awesome.

I read this in middle school, though I don’t remember if it was from my school’s library, or my town’s local branch. I remember Gerrold including instructions on how to write in to the props department and snag yourself a leftover tribble. I wonder if it worked…

Damn, I regret losing my copy of that book. It was so inspirational to read.

“Unprintable but deadly” makes it sound like something in the “you’ll never work in this town again” but with panache. Alas, I suspect neither remember what it was.*

*That could be the real reason why he didn’t print the answer. He couldn’t remember it verbatim and didn’t want to risk getting sued for false statement.

This was a great book, as was his THE WORLD OF STAR TREK analysis of the series and Trek fandom.

In the TRIBBLES book, he included a tribble pattern. Not that it was that complicated, but including it is was caused my sister to get some artificial fur from a craft store and whip up a tribble for me on her sewing machine.

I had it for 25 years, and only got rid of it when it seemed probable that it was more dust mite-filled than polyurethane.

Oh, I read and re-read this book, back when I thought I was going to write scripts for Star Trek. I remember it most fondly and am sure it is stuffed amongst my books to this day.

That picture of TREK IN THE PARK reminds me of this bit from the web in 2007:
Edward Gorey’s TROUBLE WITH TRIBBLES!

I’ll grant you that he probably didn’t want a lawsuit.
But in my experience, writers, and especially screen writers, are very good at remembering dialogue verbatim. I think he remembers it.