This cartoon basically sums up every episode of Star Trek: The Original Series

When I saw it live, Rick Green was better at doing Kirk, and the line used to prove humans’ worth to Kritchpoof was “We got rid of Brian Mulroney!”, which got a huge cheer from the audience.

“Did you ever see that episode of Star Trek where they use logic to defeat the alien computer?”

(This is a variation on another joke: “Did you ever see the episode of Gilligan’s Island where they almost get off the island?”)

That last panel… I do not remember the episode with unintelligible screaming and outrageous flirting.

The last panel needs a trollface on Kirk.

Or just a tribble on his shoulder… 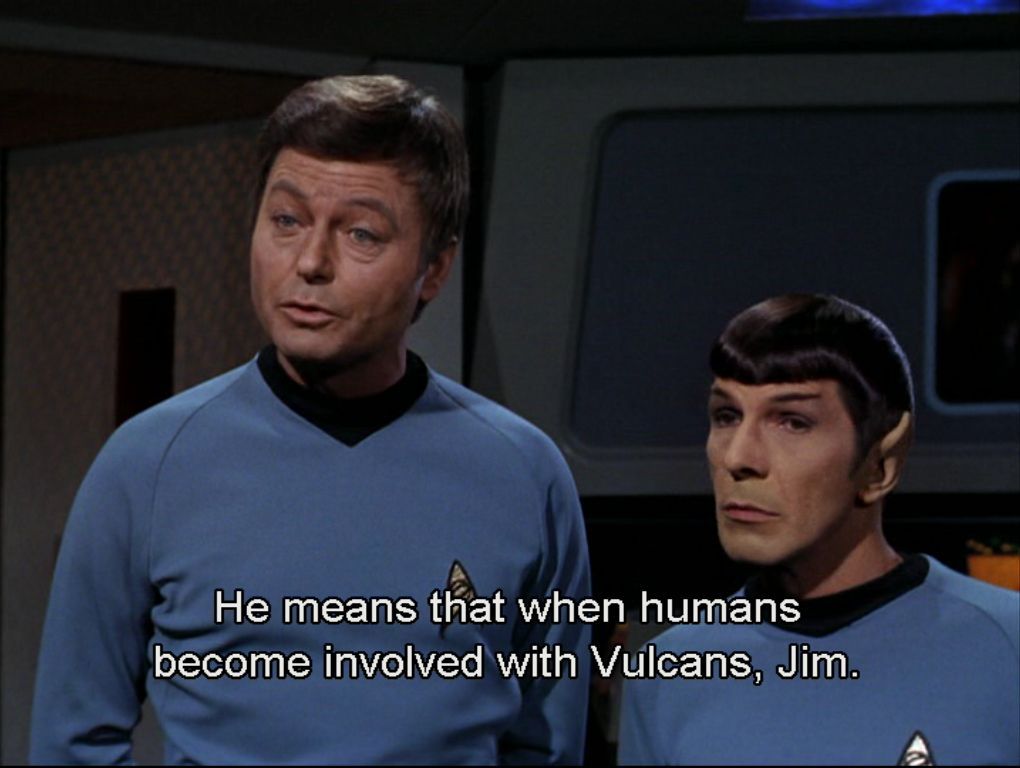 my favourite thing about The Tholian Web is that during the usual
ridiculous end-of-episode banter/flirting, the camera actually cuts to
chekov and sulu and we just see them shaking their heads in disbelief

(Did I crash the BBS just now trying to post that URL…?)

Or like that episode of CSI where there’s a murder that almost doesn’t get solved but for some sketchy piece of evidence and great lighting.

Or the episode of Gilligan’s Island where it starts with Gilligan running through the jungle shouting “Skipper! Skipper!”?