'The Valley of The Elves' photojournalist Ellie Pritts charming adventure

The author should try to get out more often. There are hundreds, if not thousands of similar communities scattered across the north American continent. I know because I’ve visited dozens of them, and lived in several. Happiest days of my life

The author should try to get out more often.

Get over that unthinking sneer reflex, or I will have you eaten.

Me being me, I keep misreading this as “The Valley Of The Elvises”. Thenkyooverramush…

I think I know what at least one connection to Tolkien is: they live like hobbits with no fancy technology, factories or modern “innovations”. Tolkien was something of a luddite. He severely disliked factories and the horrors they produce like weapons and other dangers. He came of age just prior to WWI and was a journalist during that war. The horrors he saw, all made possible by factory production, strongly influenced him to turn away from these dark satanic mills, etc. I can’t honestly blame him, and who can say we are happier now with all of our fancy junk? Of course its a double edged sword, and its easy to romanticize the past, but if we could take the best of technology and remove the excesses, pollution and waste, who can say we wouldn’t be a more successful and happy race?

Can you name some of them, especially ones in the Northeastern US? I’m honestly curious. 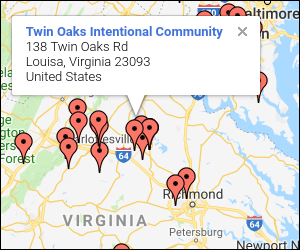 All I know is that if I were a rich man, I would move to a hilly spot and build as close a replica to the Peter Jackson Bag End as I possibly could, but with a smattering of modern technology.

I’m certainly happy with my smartphone et al. I can’t say I’m sure the sweatshop worker who built it is, though.

Appologies. I get snarky when i run outta ganj. Won’t happen again.