The Woman King trailer is unapologetically Black and awesome

If I still went to theaters to see movies, this would be one of the few on my list this year. Glorious. I look forward to seeing it once it hits the streaming rental market, though.

Many productions depend upon ticket sales, though. I think I’ll buy a ticket, even if I can’t go.

Dahomey was mentioned briefly in a New Yorker article this week, saying that they were responsible for selling a shocking number of people into slavery to America. Will they mention this in the movie?

I always thought the story of Haiti’s Toussaint L’Overture could make an amazing film. Well, actually I originally thought of it as a graphic novel (which has been done, iirc), but could also be an incredible epic. Not Africa per se, but dealing with the same diasporic issues.

I always thought the story of Haiti’s Toussaint L’Overture could make an amazing film.

Danny Glover has been trying to make that happen for years. Seems like a no-brainer for the big-budget Hollywood treatment; it’s like Spartacus except this time the slave revolt actually succeeded.

Alas, any story that doesn’t include any white heroes is still a hard sell for most big Hollywood studios.

Danny Glover's Toussaint L'Ouverture Film That Never Was, But Could Still Be...

When I spoke to Danny Glover about his long-in-development Toussaint L'Ouverture film in late 2011, this is what he had to say: "We're still working on it; we're in one of those periods where the idea is still alive and still resonates out there; we...

Probably not since its a sweet action film and not a damn documentary.

I get your point though. I can’t think of a SINGLE movie set in Medieval Europe or Colonial Americas that glosses over any historical human rights violations or puts a flattering gloss on the featured culture. /s

they were responsible for selling a shocking number of people into slavery to America. Will they mention this in the movie?

Many details of Hangbe’s legacy were intentionally erased from the official history of the country by her political rivals. However one thing we do know is that Dahomey’s prominent role in the Atlantic slave trade took place after the time Hangbe is believed to have ruled.

So maybe just give the woman her due and drop the neoconservative talking points about how Black Africans were just as responsible for the slave trade as white colonizers?

I saw this the other night… it looks amazing!

I always thought the story of Haiti’s Toussaint L’Overture could make an amazing film.

Certainly, there must be a French film about it?

So maybe just give the woman her due and drop the neoconservative talking points about how Black Africans were just as responsible for the slave trade as white colonizers?

But see, it was really the fault of Africans, not of the people running the Atlantic slave trade!!! /s

Certainly, there must be a French film about it?

Indeed there is, though I’d still love to see a big-budget Hollywood version (if only because that would bring the story to a larger audience). 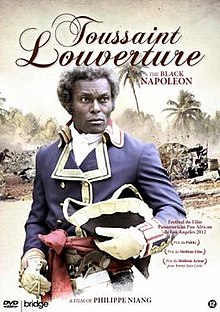 Toussaint Louverture is a 2012 French film written and directed by Philippe Niang. It stars Jimmy Jean-Louis, Aïssa Maïga and Sonia Rolland and is based on the life of Toussaint Louverture. The film premiered at the 2012 Festival de Luchon. It won the Best Diaspora Feature award at the 8th Africa Movie Academy Awards. This article related to a French film of the 2010s is a stub. You can help Wikipedia by expanding it.

Sure… but only if it’s directed by someone like Raoul Peck, who would not soften the tone of the film. He already made a film about Patrice Lumumba, and Peck is Haitian! 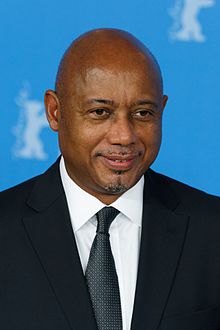 Raoul Peck (born 9 September 1953 in Port-au-Prince, Haiti) is a Haitian filmmaker, of both documentary and feature films. He is known for using historical, political, and personal characters to tackle and recount societal issues and historical events. Peck was Haiti's Minister of Culture from 1996 to September 1997. His film I Am Not Your Negro (2016), about the life of James Baldwin and race relations in the United States, was nominated for an Oscar in January 2017 and won a César Awar Peck w...

I still have not seen Exterminate All the Brutes…

I don’t know much about the history of the Dahomey - I was only referring to this New Yorker article, screenshotted here. I don’t think the New Yorker is known as a Neo-con magazine, so I’m not sure what that has to do with it. I’m certainly not one.

Either way, it’s interesting to see how people respond to uncomfortable information.
I appreciate the replies. 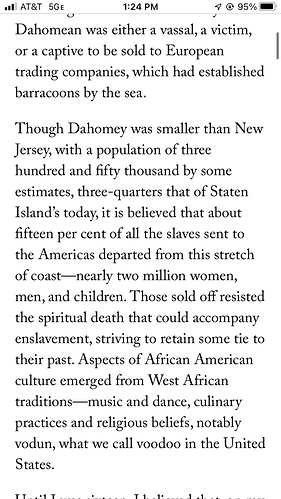 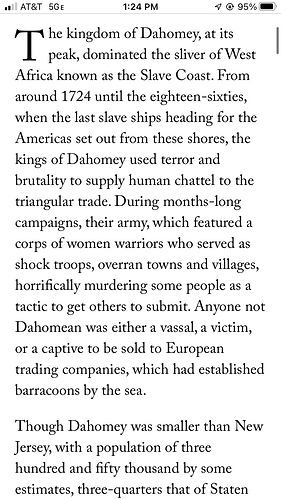 I don’t know much about the history of the Dahomey -

And yet, here you are, making bold pronouncements on a topic that you said you don’t know a lot about based on ONE New Yorker article (not even an academic treatment on the subject)… curious.

And it doesn’t matter if the talking point comes from an excerpt from the New Yorker or an academic history journal - singling it out in a thread about a different point in history is most certainly a white supremacist talking point.

singling it out in a thread about a different point in history is most certainly a white supremacist talking point.

This too. Along with the lies about how Irish people were also enslaved in the new world. Just not the case.

Either way, it’s interesting to see how people respond to uncomfortable information.

It is. For instance, you just found out that other people here know more about this than you, and yet tried to cast it as people not being able to handle something you uncovered. Very interesting.

it’s interesting to see how people respond to uncomfortable information.

Context is everything. This movie is about a woman who ruled Dahomey before the events described in that article, so your choice to pop back into the BBS after a six-year absence just to toss out that little factoid about Dahomey’s role in the slave trade feels suspect.

Also, one of the reasons that the Mino (or “Dahomey Amazons”) were established as a fighting force in the first place was because so many of the kingdom’s own men were killed or enslaved by others.

Along with the lies about how Irish people were also enslaved in the new world.

But but, have you heard yet about all the murders that keep happening in Chicago?

And how POC are replacing white people in America!!! /s

So many stupid racist talking points, so little time to mock them all.

Probably all the tribes in pre-colonial Africa practiced slavery. It was a very widespread social system. Same in the Roman Empire, China, probably everywhere.

how Black Africans were just as responsible for the slave trade as white colonizers?

Yeah this is a key point. It’s one thing to say, “we defeated this tribe so we’re going to abuse the losing side”, which, unfortunately, is just how things were and sometimes still are, vs “we’re going to build this whole cash economy system on sailing to the other side of the planet, trading trinkets for some tribe’s defeated enemies, sail them back to this other land, force them to grow cash crops, ship those over to Europe, and use the profits to buy more land and slaves and ships”.