Originally published at: These sheep are raising a puppy so it can grow up and become the flock's guardian | Boing Boing

“We’ve got to teach that child to eat grass.” 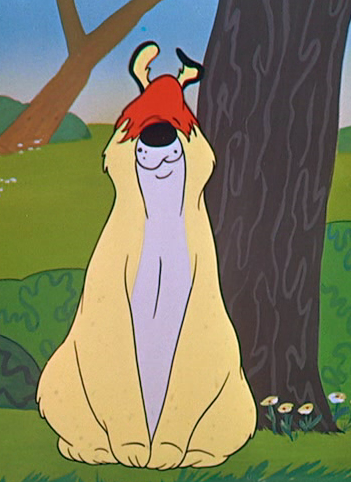 I had never really thought about what breed of dog Sam the Sheepdog was until today.

According to Wikipedia he is a Briard. It sounds to be a hybrid herding and guardian type of dog. 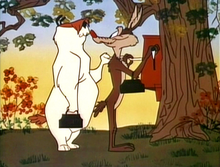 Ralph Wolf and Sam Sheepdog are characters in a series of animated cartoons in the Warner Bros. Looney Tunes and Merrie Melodies cartoons. The characters were created by Chuck Jones. Ralph Wolf has virtually the same character design as another Chuck Jones character, Wile E. Coyote—brown fur, wiry body, and huge ears, but with a red nose in place of the Coyote's black one; (usually) white eyes instead of the Coyote's yellow ones; and, occasionally, a fang protruding from his mouth. He also share... 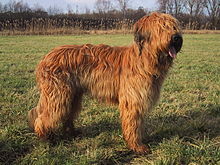 The Briard[a] or Berger de Brie[b] is a French breed of large shepherd dog, traditionally used both for herding sheep and to defend them. It was first shown at the first Paris dog show, in 1863; the first Briard to be registered in the Livre des Origines Françaises, the national stud-book, was Sans Gêne in 1885. It was in the past also known as the Chien de Berger français de Plaine. The Briard originated in, and is named for, the Brie historic region of north-central France, where it was tradit...

Reminds me of “Lambert the Sheepish Lion.” 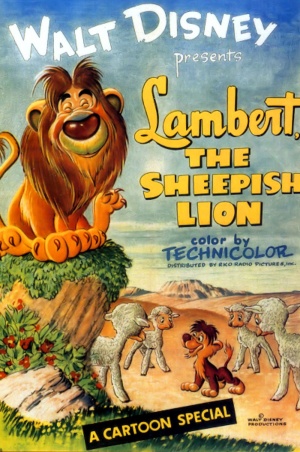 I got to live with an adult Anatolian shepherd dog for a month once. Amazing beast.

I have heard of them, during a recent visit to a wolf sanctuary and park (if you are in the region and speak German, go and visit Wolfcenter Dörverden). They are not to be messed with. There are certainly not cute. And especially, they are not cuddly. Their job is to scare wolfs away. And they will. They will also try to scare humans away. If the humans won’t be scared away, they will attack them. Mercilessly.

I have seen videos of hikers in places like Switzerland and Austria, where there are signs cautioning against getting too close to herds, because of the dogs, and one or two people who did inadvertently get too close, were chased off right smartly.

Having the dogs bond with the herd isn’t always easy. It can feel a bit cruel to leave the dog outside in the field, but the shepherds have to make sure that the young dogs stay with the flock of sheep and don’t come back to the farm/barn/house to bond with the humans or other dogs instead of the sheep.

This sounds like a great base premise for some sort of animated film. I don’t know what the plot would be, but the main character being a dog raised by sheep and believing itself to be one, good stuff.

I feel sorry for Mark Frauenfelder having been deprived of the Ralph Wolf and Sam Sheepdog Looney Toons experience.

I have seen videos of hikers in places like Switzerland and Austria, where there are signs cautioning against getting too close to herds, because of the dogs

I’ve seen those signs in France (in an area I didn’t even know there were grazing cattle) and had to turn around because I was hiking with my own dog.

By myself, I’d have been willing to try, and get chased off if we did meet the herd/flock (there’s no guarantee you’ll even see them), but I worry about how the guardian dogs will react to strange humans with a strange dog.

Awww! I want to meet Kimo!
Maybe next time I’m over there.

Give me a buzz. I spent the better part of 1986 in the area and can show you around.

Maremmano-Abruzzese Sheepdog is also used a lot as a guardian dog A small number have been used since 2006 on Middle Island, off Warrnambool, in Victoria, Australia, to protect a small population of the little penguin (Eudyptula minor ) against foxes. In Patagonia they have been used to protect sheep from pumas.

Even without the presence of guardian dogs it’s best to avoid taking your dog’s near livestock.

In the UK there are laws protecting livestock from interference and farmers are allowed to protect them from any threat including domestic dogs.