These 'Wizard of Oz' scenes remastered in 4K are stunning

Mr. Ebsen was allergic to the silver makeup and bowed out.

In the ‘60s, when Spy and Woolf were made, there were plenty of color cameras available.

Yep. And Spy and Woolf were prestige films backed by deep-pocket Paramount and Warner Bros, respectively, and employed Academy Award winning cinematographers. The dark themes in both films screamed to be made filmed in b&w. The photography in both (as in Third Man) were excellent, and the cinematographer for The Third Man earned an Academy Award for his work on the film.

Both travesties in their own way 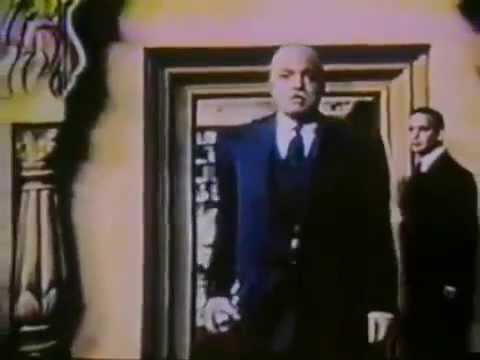 There’s an insane amount of detail and dynamic range in many black and white films stocks-- and Oswald Morris took full advantage when filming Spy who came in from the cold.

All kidding aside (I assume you were kidding

), given that the producers obviously had a choice between b&w and color, the use of b&w for the Kansas scenes was clearly an artistic choice. I can’t imagine films such as The Third Man, or Who’s Afraid of Virginia Woolf?, or The Spy Who Came in from The Cold as being presented in anything other than b&w.

I worked with the tail-end of film dailies. You would send your negatives to the lab. If it went before about 4pm, you could get the printed version back by 10 am the following day for viewing in the company theatre. If the look was not what you expected, you had another go, and waited another day for results. You could preview your edits on a monitor, but film and monitors had very different colour gamuts.

Technicolour ‘dailies’ took ten days to come back from the lab - maybe seven days if you were important enough (Hitchcock got it, I believe). If you can use black and white for some of the film, that means you can save a lot of time. Lindsay Anderson’s ‘If’ had a mixture of black and white and tri-pack colour to fit production schedules. ‘A Matter of Life and Death’ was shot in Technocolor, like ‘Oz’, using intercut colour for ‘life’ and monochrome for ‘heaven’. ‘Oz’ uses so little monochrome, and just at the beginning and end, so I think this was a pure, artistic decision.

It was actually sepia, not b&w.

Came here to say this. It’s a very specific “nostalgia” feel in those bookend scenes. A great contrast to the Technicolor riot of the dream-world.

IIRC, the tornado was a practical effect of a large, socklike cone being spun over a miniature set. I’m sure the DP knew what the technical abilities of projection equipment was at the time, and shot those scenes in “good enough” mode. I would hate to see a pair of Depression-era L’Eggs whirling over a 4K cardboard mini-Kansas today. Just because we can doesn’t mean we should.

I’ll admit, I’m not the best gardener, but I aspire to have my yard look like the background in a Tom and Jerry cartoon. 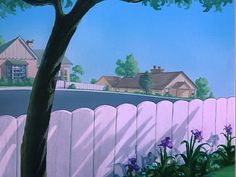 What a lovely voice; warm.

I love how, in a Matter of Life & Death, that the real world is colour and the afterlife if monochrome. I also love Roger Livesey’s voice. 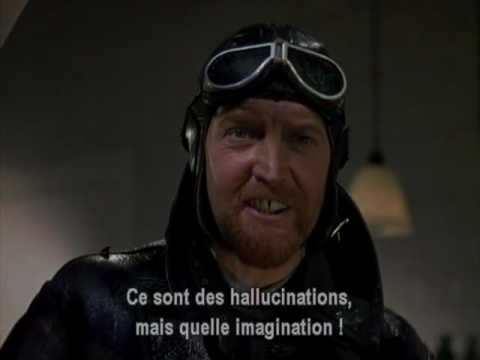 One of my favorite Andy Griffith episodes is the one where Buddy Ebsen plays a hobo.