This 1962 illustrated book imagined what space stations would look

“One of the earliest manned space stations was designed by Dr. Wernher von Braun.”
No. He stole the »Wohnrad« or living wheel from Herman Potočnik/Hermann Norduung from his book, The Problem of Space Travel.
eta: Potočnik noted that the big mirror he came up with, too, and that’s in the OP book, would be a bad idea, calling it the most terrible weapon – when pointed at Earth.

That first featured image immediately made me think of the sailors in Moby Dick sitting around the try pot. I am the first to think there should be a Moby Dick in Space, right?

I got a book that features Walter Cronkite about traveling to the moon in the 50s or early 60s. Its from a book series that had some sort record and film strips for a projector for people to learn about science stuff from home. Got that and one on Nuclear subs. They are both super cool time capsules.

ETA found a pic of the covers: 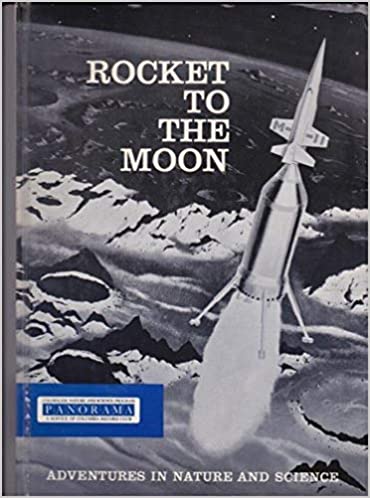 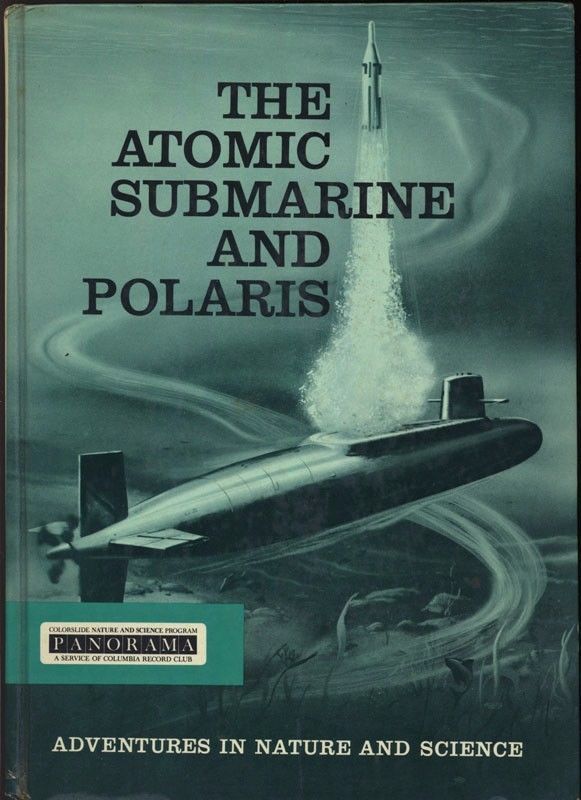 Personally, I’m a fan of First Men to the Moon, written by Von Braun and illustrated by Fred Freeman. 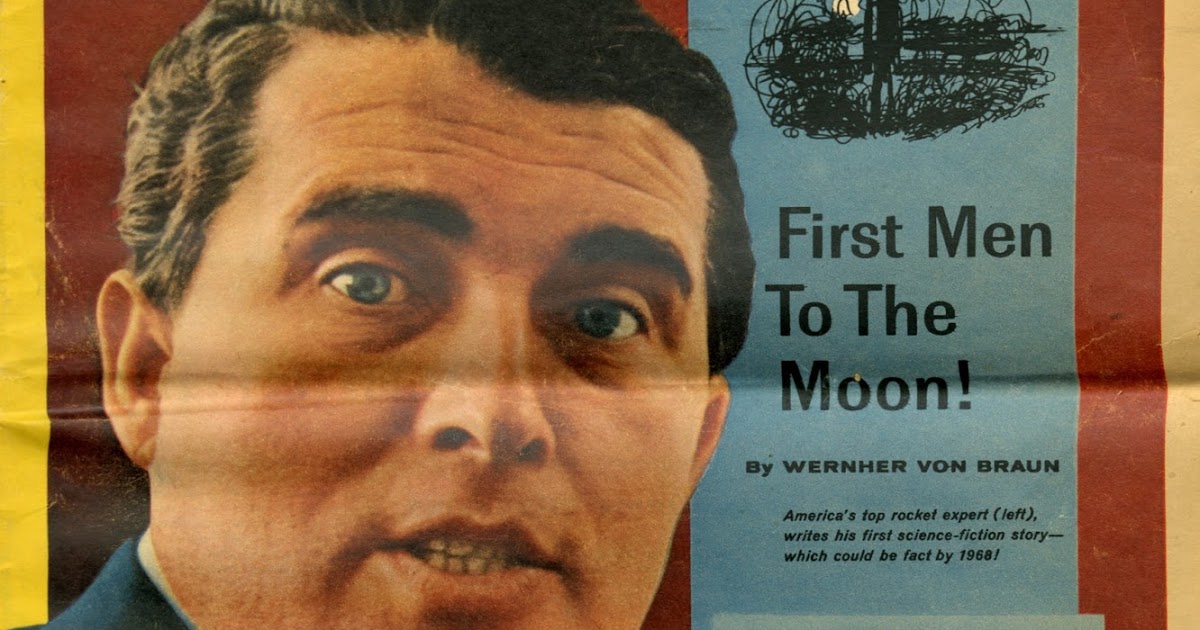 "It's more than science fiction-- it's science fact!" This Week Magazine for Oct 5, 1958 featured the serialization of Wernher von Bra...

Well, that’s pretty much The Wrath of Khan, eh? Khan as Ahab, and Kirk the object of his obsession. Khan quotes Moby Dick quite a bit, and right before he dies he utters “From Hell’s heart…I stab at thee! For hate’s sake, I spit my last breath at thee.”

But for something more direct: Ray Bradbury’s Leviathan should suffice. It’s an asteroid and a spaceship, but the characters names are pretty much identical.

If you’re interested in these kinds of depictions of the coming space age there are some interesting vintage episodes of Walt’s Disneyland series from the 1950s that cover a lot of the same material. “Man in Space,” “Man and the Moon” and “Mars and Beyond” are a fun watch for both which predictions came to pass and which ones didn’t.

there should be a Moby Dick in Space, right? 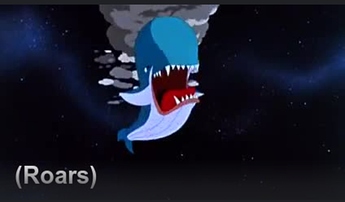 Rocket to the Moon. Looks like an X-15 mounted on some SpaceX deal.

The same site has “Space: Man’s New Frontier”, a sort of ‘bonus’ publication put out by “Red Ball” that got inserted into other publications, such as encyclopedias… which is how I got exposed to it as a kid which in turn determined the rest of my life. Thank you, Red Ball (whatever the hell you are)! Some great illustrations in it; here’s an excerpt:

“Artist’s renditions” were everywhere. They were said to be based on NASA ideas, but looking back it all seemed more like science fiction.

I found a lot of it in National Geographic, but it was elsewhere. Time-Life had “Man in Space” that had some neat stuuff furtner on, like going to Mars. All so exciting, and futuristic.

I had a scrap book about the space program, in anticipation of the moon landing. I probably had some “artist’s renditions” collected in there, but I especially remember clippings for an upcoming film, “2001” . I knew it was fiction, but it seemed like a close future, the next step. After all, NASA was issuing all thesedrawings about the future of space.

To me, it looked like they were making a big pot of chili. Like maybe they used the heat of reentry to heat it up. They’re all looking at it and thinking, “man, I can’t WAIT for this to be ready!” 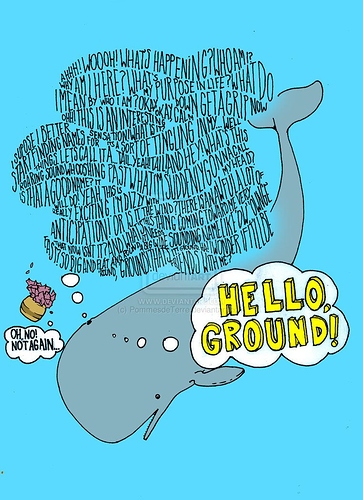 I would like to take this opportunity to register my displeasure about not having received my jet pack yet.

I recall this one from National Geographic. It seemed just a few years off 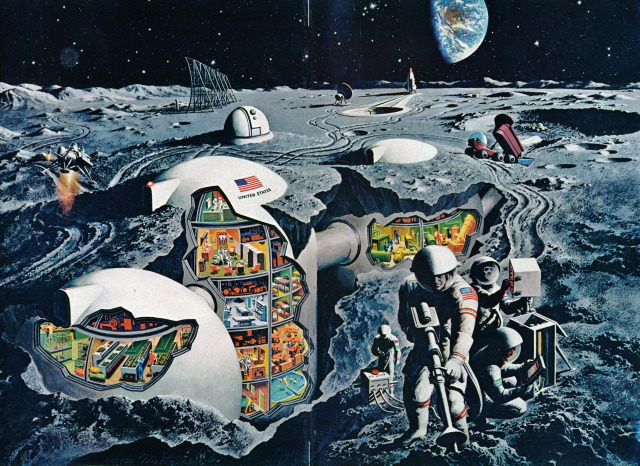 I like the implication that their space capsule is going to plant itself in the Earth like a giant lawn dart so they can climb out using the handy ladder on the side.

It’s also interesting how some of the stations used solar thermal generators, while another has some photovolatics looking rather out of place just sticking out of the side of the station. I’m guessing PVs were still too new and unproved at that point. I am sad that there are no serious plans for centripetal “gravity” stations in the works. It always seemed to be a necessary requirement, or at least stepping stone, to a permanent space presence. At least it would probably be easier than trying to fix human physiology and the deterioration the body undergoes from prolonged weightlessness. 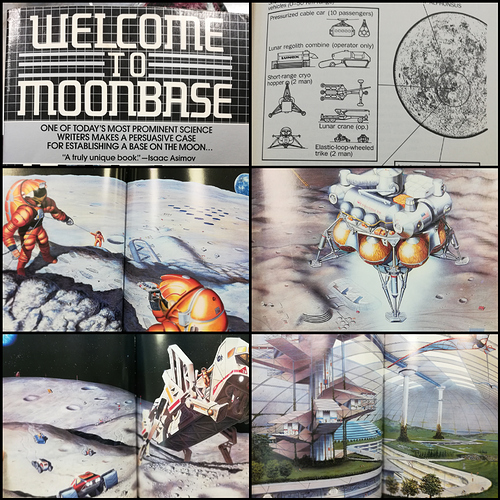 Welcome to Moonbase!" So begins this slyly amusing divertissement and bit of pro-space agitprop by Bova, former editor of Omni and Analog. Bova cleverly disguises his argument for a return to Luna in the form of a manual for workers—engineers, astronomers, doctors, attorneys—arriving on the moon for a one-year stint
https://www.kirkusreviews.com/book-reviews/ben-bova/welcome-moonbase/

heyday for pie in the sky visions of humans breaking free of earth’s wicked gravity.

Clicked through, hoping for pie.

One of the common design element in retro-futurist design is the skinny support rail. Just look at all the old visions for monorails and you’ll notice that they seem to be mounted on tree sized supports widely space and elegantly curved for a most pleasing aesthetic. In real life the posts are thick and close together creating a far more brutalist look, thanks to our old frenemy gravity.

On the moon however those could be much closer to the truth. The picture above could be much closer to reality than most retro-futurist ideas. In fact you may not need supports at all, since it would necessarily be pressurized from the inside, all of the strength would be fighting to keep it from exploding. the big central pillars would probably be unnecessary.

Erik Bergaust died in 1978 at the age of 52. According to this Washington Post obituary published in 1968, he was “author of more than 50 books on aviation, space sciences and nuclear energy, as well as the official biographer of Dr. Wernher von Braun.”