This 1987 video demonstrates the first version of Adobe Illustrator

Not the first version, I got to play with the first beta of Illustrator when it was demonstrated here in Montreal, and all there was in the tool palette was the pen.

I worked for a modest-sized Pharma company back then, and we were a big Mac customer. If I remember correctly, our Apple sales rep dropped off a copy of Illustrator for us to play with. We never had a real use for it, but I used it to digitize/vectorize some graphics. Splines are cool. I think I remember that video.

I teach Adobe software and the Pen tool is still one of the hardest basic concepts for most students to get their heads around. I suspect that’s because unlike (say) the pencil or brush or eraser tools it has almost no relationship to its real-life analog counterpart. Drawing with the pen tool is really nothing at all like drawing with a pen.

My uncle was a graphic design prof at Oklahoma State U at Okmulgee and he took me on a tour of his department once in the early 90s. They had all of the original Adobe software and one student was using the magic lasso in the first edition of Photoshop. I had no idea what I was looking at, but it absolutely blew my mind. Just the fact that it could detect edges was shocking to me. He also showed me a pre-release demo of Myst which was also like a lens into the future.

My retired Dear Wife/Graphic Artist screamed and ran outa the room when I showed this to her. For Realz!

I started out in Illustrator, then switched to Aldus FreeHand until it was discontinued. I still haven’t been able to get back in the groove with using the Illustrator pen to draw curves; FreeHand made it so much easier.

I miss being able to own Adobe programs.

I usually try to explain Bézier curves as though you’re blowing fans at strings, with the handles indicating the wind. Seems to work for me (unless students are just giving me pity nods or something.)

I like to show Peter Nowell’s explainer video in my Intro to CG courses: 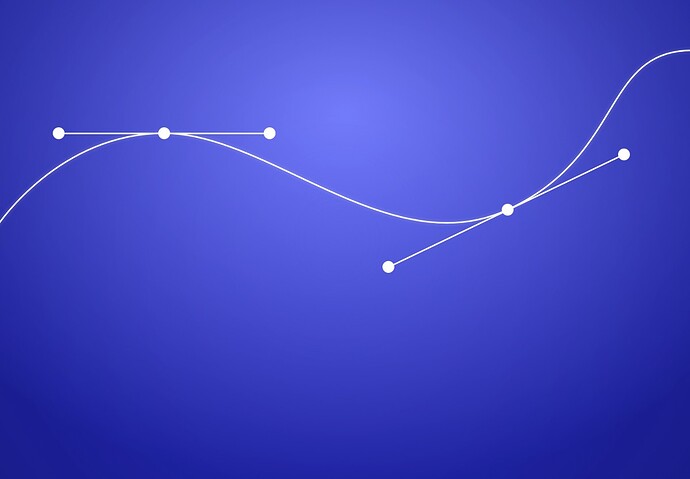 Mastering the Bezier Curve in Sketch

(Scroll down the page for the video, which is hosted at Vimeo.) It gives a nice non-technical explanation of the mechanism.

Not the first version,

Watching this video makes me realize I’ve been drawing the wrong way with the pen tool for the last 30 years! I use straight segments to create a closed polygon, then convert the sharp angles into curves, but Warnock draws the curves as he goes along.

If it works for you it’s the right way, IMHO. Though I usually make the curves as I go along if I’m working over something with the pen tool.

Mostly I don’t use the pen tool any more, though, it’s all about the pencil tool ever since I realized it has settings, with shitty defaults - turn on ‘fill new pencil strokes’ and you can very quickly draw filled shapes; turn off ‘keep selected’ and you can sketch directly in AI without it constantly trying to edit the last line in your rough if you’re working too close to it. Almost all my organic shapes are fast pencil shapes now and it’s really a joy to work with.

That old-school screen ratio and Mac OS interface made me watch the whole video waiting in anticipation for the Talking Moose to pop up and liven the scene with jokes like: “Time flies like an arrow, fruit flies like a banana.” 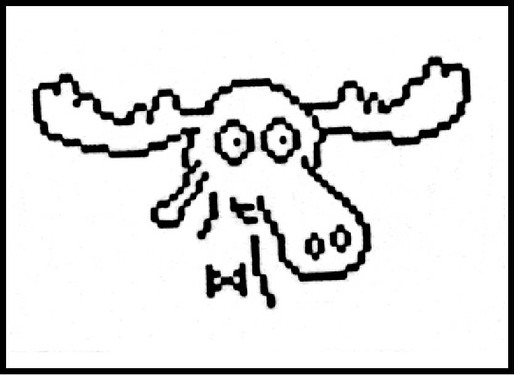 I want to heart this post one thousand times. Illustrator sucks.

Years have passed since I needed a vector drawing program but back in the day I used Illustrator and Corel Draw frequently. I also experimented with Freehand. I found Freehand “friendlier” but none of the folks I worked for used it and anyway it soon disappeared. I liked Illustrator. It was at version 5 at the time. It took some practice to get the hang of the pen tool but I persevered. I needed to do a lot of tracing from scans, a task for which the pen tool worked very well. Corel Draw was moving from version 5 to version 6 when I used it. Despite Draw’s lousy reputation I thought it was a serviceable runner-up. However the Corel company seemed unsure about exactly what they were selling. They kept loading on stuff like 3D and 2D animation, a PowerPoint-like module, and so on. I assume the prog is still around but it’s been years since I heard anyone talk about using Corel Draw.

I use straight segments to create a closed polygon, then convert the sharp angles into curves, but Warnock draws the curves as he goes along.

This is actually a great method for quickly copying cursive text, have used this a lot in motion graphics when I need to have a solid path that an emitter can follow in After Affects.

An interesting note about bezier curves and splines is the history. Spline is the term that ship builders call the curved pieces of timbre shaped with steam, that support the hull of wooden ships.

Bezier curves were devised by Pierre Étienne Bézier to facilitate the design of Renault cars as they needed a mathematical way to transpose a curvy car design into production:

Pierre Étienne Bézier (1 September 1910 – 25 November 1999; [pjɛʁ etjɛn bezje]) was a French engineer and one of the founders of the fields of solid, geometric and physical modelling as well as in the field of representing curves, especially in computer-aided design and manufacturing systems. As an engineer at Renault, he became a leader in the transformation of design and manufacturing, through mathematics and computing tools, into computer-aided design and three-dimensional modeling. Bézier p...

In graphic/visual and music software bezier curves are now standard.

B-Splines that are the basis of NURBS modelling in 3D applications also has a very interesting history that dates back to the 1950’s which are the product of the mathematician Isaac Jacob Schoenberg: 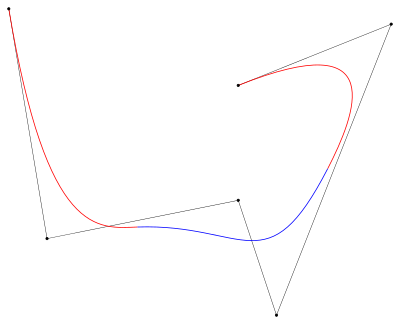 In the mathematical subfield of numerical analysis, a B-spline or basis spline is a spline function that has minimal support with respect to a given degree, smoothness, and domain partition. Any spline function of given degree can be expressed as a linear combination of B-splines of that degree. Cardinal B-splines have knots that are equidistant from each other. B-splines can be used for curve-fitting and numerical differentiation of experimental data. In computer-aided design and computer graph...

I use a string analogy when teaching people Illustrator, too. It’s not so much “drawing with a pen” as it is “sculpting a 2D shape with string”. And you get to pick the point where you push and pull the string.

I like your wind analogy, tho. Yoinking that, thanks!

I always preferred FreeHand, but nobody even remembers that anymore.

There used to be a rival to illustrator, before Adobe became an evil empire.