This could have been twice as intense if the developers had used an unsigned int.

If he had named it something less creative I could have shown this to my kids.

The picture brings to mind: 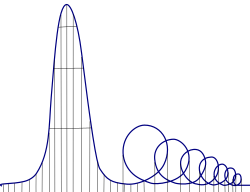 The Euthanasia Coaster is an art concept for a steel roller coaster designed to kill its passengers. In 2010, it was designed and made into a scale model by Julijonas Urbonas, a PhD candidate at the Royal College of Art in London. Urbonas, who has worked at an amusement park, stated that the goal of his concept roller coaster is to take lives "with elegance and euphoria". As for practical applications of his design, Urbonas mentioned "euthanasia" or "execution". John Allen, who served as The co...

Or just skip like the first 10 seconds of the video

On this one, if the G-forces don’t kill you, the over 18 hours before the exit and medical attention might do it.

It could be worse. Imagine spending 50 years trapped in a hedge maze, unable to leave or die.

Inside the cruellest RollerCoaster Tycoon park ever created

Beverley P is stuck in a maze. She's spent the last 50 years toiling away near its entrance. Starving, thirsty and exhausted, Beverley ekes out a desperate,…

And that’s the part where they did use unsigned int.

This reminds me of a game - it might have been called Afterlife? It challenged the player to design both Heaven and Hell, SimCity style. In Heaven, the player gained points by building a simple, efficient road system, to allow blessed souls to travel around quickly, while in Hell, there were rewards for the longest, most tortuous paths.

Sadly, IIRC, the Mac edition was too buggy to play.

Yep, Afterlife by Lucasarts. Even available on GOG at the moment. (Works on Mac and Linux, probably because it’s using DOSBox, I reckon.)
https://www.gog.com/game/afterlife

I want to get off MR BONES WILD RIDE.