I’ll go one better. Not only will I buy one now, I’ll write in my will that when 2041 rolls around I want to be buried in it.

Us menfolk know that at 20 years a t-shirt is just getting properly broken in. Nice and soft. 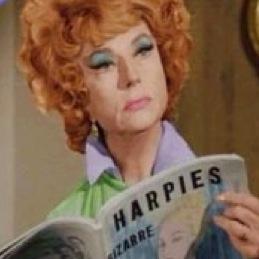 …at least before the name change

"… (if his idea would have been adopted and people could vote over the internet via their phone or gaming console, Hillary would have won). "

No. It would have been hacked and/or backdoored. And by now we’d have someone even worse. Much, much worse.
C’mon, boingboing keeps reporting how vunerable connected stuff is; apparently we can’t even secure smeggin’ lightbulbs. Or SWIFT transfers…

Looks to be in better shape than a certain 36-year-old Boing Boing member.

This is what a cover of a close to 25-year-old bOING bOING magazine issue looks like: 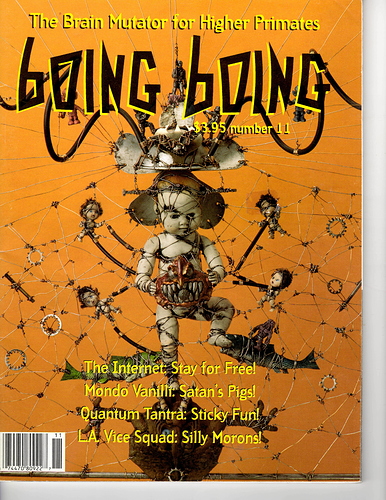 I have that one!

I had always wanted to send off for one of those shirts. Over the years though, one of my weird priorities has been reluctance to buy clothes. Unless the ones I have are falling apart. Some day I will need a shirt, and have the cash, and buy one of these.

Not as cool at that BB shirt, but I have a 22 year old Apple shirt from the release of Power Macs. “Slow is not an option” because it’s your only choice. 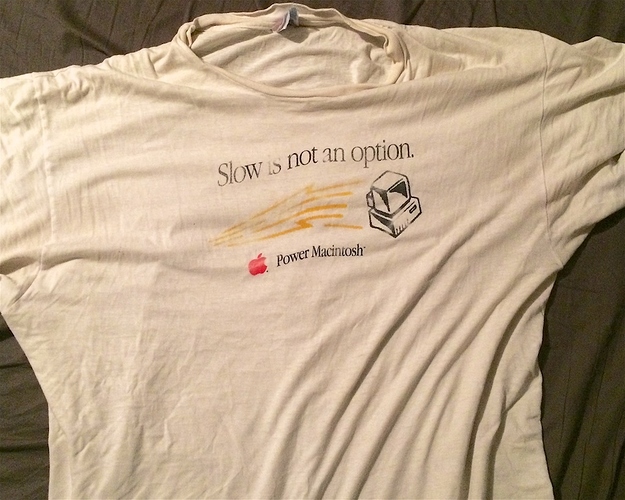 Wording is weird; did you give him the shirt two years before you designed it?