This kid-made Adventure Playground is a helicopter parent's nightmare

Ah, the Joy of being a Generation X baby…

I remember kids getting seriously hurt on a regular if infrequent basis at my grade school. I mean like cracked skulls and pinch injuries from swingsets that split hands open, stuff like that. One of the playgrounds near my parents’ house had a very tall slide that, if you fell off the top, certainly would have seriously injured or possibly killed you. It also had those “bug-shaped riding things on giant metal springs” which seem like they could pinch rebar in two.

Looking at that adventure playground, I can feel the splinters already. I’m not sure if letting kids play on dangerous things is necessarily beneficial, although I played in and on dangerous things and turned out alright. Amazingly I’ve never broken a bone or even had a serious sprain although I did almost get a treebranch through my skull once. I’m just about 41 so I’m a Xennial or whatever word to describe someone born between Millennial and Gen X. (Favorite heard-about childhood injury: in middle school, a kid played chicken with a train on the tracks next to the school and lost. Hit his leg broadside, threw him up the embankment. His leg swelled up 2x and was broken in a bunch of places. He was a total idiot back then - I ran into him later in college, and he had grown into an actually pretty cool adult.)

I tend to believe in the idea that suffering is not necessary for human development so “let the kid fall off the metal jungle gym headfirst onto the hard pavement” isn’t really going to have a net positive.

Also, I’ve seen some of the playgrounds they make nowadays. Holy cow I’d have wanted one of those when I was a kid. Do you have any idea how much static charge you can build up on those insane plastic tube slides? You could throw a lightning bolt!

When I lived on the central coast in California in the 80s, I remember a public park in the city that had a large playground structure where kids could literally climb out over what seemed like a long drop. I’m assuming since a child’s perspective is shorter than adults that it wasn’t the 30 feet in the air I would have guessed at the time, but it was at least three child-sized stories up over a sandpit.

This reminds me of a classic segment from the first season of Sesame Street where the kids are having a great time playing around junk piles, storm drains, and work sites: 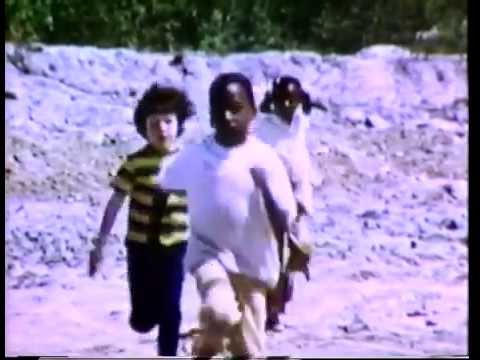 That brings back so many memories, not so much of watching Sesame Street, which I certainly did, but of playing around junk piles, storm drains, and work sites. My school had a playground but there wasn’t one in my neighborhood so my friends and I made our own. 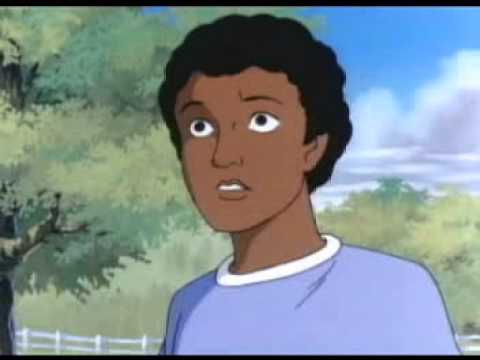 *Yes, I know this is parody.

I worked here for awhile. One of the best jobs I ever had. It isn’t just a kids-built free for all environment though. Adults maintain the base structures, monitoring the add-on stuff for some amount of integrity. It currently operates under Berkeley Parks and Rec. We really encouraged the little’s adult people to keep an eye out, too. Lotta checked out individuals though. Cell phone zombies missing out on really fun play. More than once we had to halt all activity until we could reunite lost parents with their offspring. Still, best playground out there. They also had fishing programs in the summer, off the pier. We’d bring up sculpin, crabs, all sorts of things.

Yeah…it’s more forts and such. We would routinely cull the racks of the worst condition wood. Local contractors kept us in good supply of new-ish materials after their jobs were done. I feel like kids respond to their environment. If it is bubble wrapped, they go a little harder. The situation makes them aware of their bodies in that space. Was pretty safe overall.

I would have never been considered a helicopter parent but there is no way I would have allowed my daughter to play there unsupervised if at all.

Please don’t confuse responsible parenting as being the same as helicopter parenting. 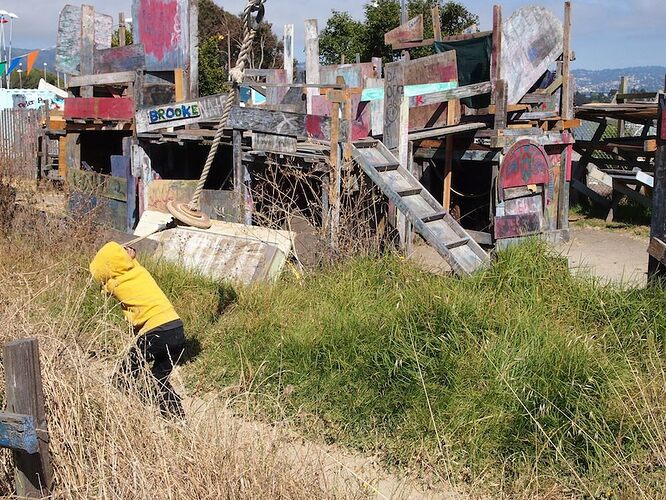 Due to reasons, I had to design a playground a couple of years ago, and after reading through the safety regulations, even the most innocuous playground equipment started to look like a Saw movie. You just know all those rules are based on actual ways that statistically significant numbers of children have pulped / impaled / grated themselves at some point.

I took my kids there a couple times when they were younger, highly recommended. The system where the kids earn tool access by collecting potentially dangerous things like loose nails and wood shards is clever except that sometimes sharp detritus is so hard to come by that kids start prying apart the structures to find them.

Started taking my daughter there when she was a little. She loved going there so much that she ended up having her sweet 16 there. It is right on the bay, there’s lots of stuff to do there, you can play with the feral cats, fly kites, launch kayaks… 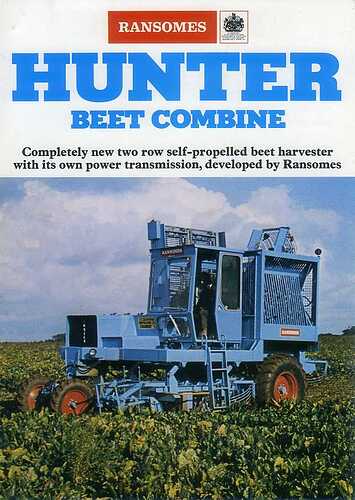 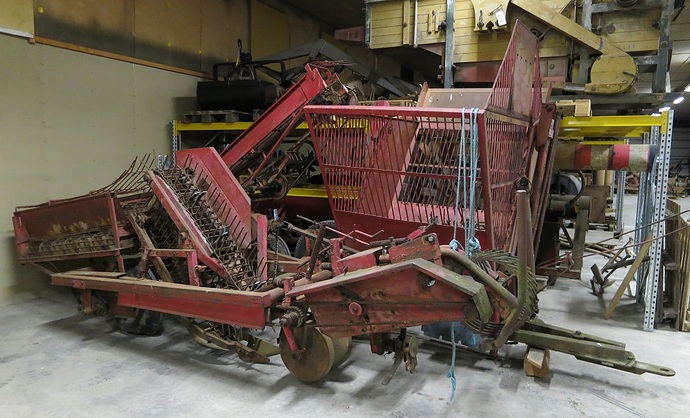 My mother dated a repair/maintenance tech who worked for John Deere back in the 80’s. He had some interesting stories, along with at least one grusome one about why there are covers on the PTO connectors and why they are a pain to remove and bypass. (spoiler: liability and having limbs turned into sausage.)

Yeah, this article sparked a conversation with my nesting partner just now. She’s seen some of the remains of the literal junkyard I played in when I was a kid. (Very much not safe!) There was at least one skidder out there that made a dandy Star Fighter, especially with some of the other loose parts around with which I could add weapons.

At least once or twice a year I’d pry open the carcass of a vehicle only to find out that some wasps had made their new home there, then I got to find out exactly how fast I could run while being stung and dodging random discarded transmissions and axle housings, often covered by grass. The occasional water moccasin was also exciting, but luckily a lot less prone to pursuit.

Probably a good thing my parents kept my tetanus shots up to date.