This little known government agency is responsible for bringing the remains of missing or captured U.S. soldiers home to rest

Huh. I thought POW/MIA was just the name of a conspiracy movement dedicated to blaming the US Government for failing to win Vietnam and claiming the existence of entire hidden camps full of POWs in Vietnam. See every 80s Vietnam action film by Stallone, Norris, Bronson et al. for details. Didn’t know it was an actual department.

Apparently the whole POW/MIA hysteria of the 1980s has come to this. I don*t want to disparage the doctor’s work, as it does bring closure, but that damned logo incurs visceral repulsion. It reminds me of why people are so eager to swallow GOP lies, since they believe that Vietnam still had American POWs in the 1980s.

A “new” Defense POW/MIA Accounting Agency (DPAA) was created to replace the scandal plagued Joint POW/MIA Accounting Command (JPAC). Before quitting after less than a year on the job, the “new director” simply reassigned the previous JPAC Scientific Director to be in charge of “partnering with private groups”. What this “partnering” turned out to be was the giving away of millions of taxpayer dollars in annual contracts to “non-profit” corporations to do DPAA’s primary job: recover remains of MIA’s. With no apparent ethical oversight by DPAA, some of these same government contractors actively continue to solicit contributions claiming to be “non-profit” charities. Huge multi-million dollar contracts are doled out under the guise of “health and human services”. This obvious unethical practice is just another example of the past arrogance and abuse by this same old group of poor leaders and managers who continue to remain in functional control of the “new” organization. Disgraceful!

And, in a almost comic opera “deja vu all over again” the Department of Defense announced in September 2017 that it had appointed a former JPAC commander as the “new, new” director of the Defense POW/MIA Accounting Agency. This is the very same person who had steered the agency, known by its employees as “Dysfunction Junction”, into its final demise and lost his own job under a torrent of Congressional criticism in 2015. Sadly, the government’s idea of the massive reform necessary after JPAC was disbanded was a superficial name change of the organization and re-shuffling the same poor executives and laboratory managers to new desks and titles in a brand new $85 million dollar building in Hawaii. Disgraceful!

JPAC had many dedicated men and women in non-management roles who believed in the mission: researchers, military recovery specialists, and field investigators who hack through jungles, climb mountains, and wade rivers only to be sabotaged in their work by a completely dysfunctional command. Those few essential workers that remain at DPAA are dismayed, disillusioned, disheartened, and disgusted at what they experienced at JPAC and what they now see as a lack of action at DPAA in holding those responsible accountable for the abysmal failures of their leadership. Disgraceful!

DPAA continues to leave unaddressed a long pattern of dysfunction, ethical violations, inefficient practices, wasteful and poor management, lack of leadership, pending complaints of sexual harassment, EEO violations, criminal investigations, lawsuits, and complaints of managerial reprisal that were detailed in scathing official reports by the Inspector General’s Office and the Government Accountability Office. Even more complaints have been added since JPAC was disbanded. The group of serial offenders responsible for this ineptitude is the same group that brought us multiple outrageous scandals including phony “arrival home” ceremonies and the fraud, waste and abuse of government funds that currently produces only five or six dozen field identifications a year by DPAA and its highly paid contractors. Disgraceful!

Meanwhile the JPAC/DPAA management mantra of “Delay, Deny, and Wait for the Families to Die” continues. DPAA continues to practice JPAC’s process known to those who worked inside the organization as “Slow Rolling” of families and researchers who ask for documents by drawing the process out until forced to respond by political pressure or legal intervention in the hope that the requestors will simply give up and go away. Federal law requires that information requested under the Freedom of Information Act (FOIA) be provided within 20 days. The response time by DPAA to supply basic documents to families and researchers under the is now approaching THREE YEARS per request! DPAA routinely violates FOIA without consequences and the Department of Defense seems powerless to control DPAA. Disgraceful!

Anyone with any management experience knows that the entire operation that was JPAC should have been deconstructed, brick by brick. Such needed massive reform simply did not happen. Just when families of our missing servicemen and women thought things could not get worse, it did. The same infectious disease of JPAC arrogance and lies to the families of American heroes took root all over again at DPAA. This incredibly dysfunctional organization continues to operate in a “Business as Usual” mode. The JPAC/DPAA disaster has been added to the infamous VA Hospital, Dover Mortuary, Arlington Cemetery, and the Viet Nam Unknown Misidentification debacles.

(Not sarcastic-I’m always interested when someone seems to have real knowledge of the subject.)

What a [redacted] [redacted] waste of money. They are dead. They have been dead for a long time. People need to stop thinking that their millennia-obsolete spiritual/religious need for bits of the body to be placed in special boxes and buried in special places justifies this sort of operation.

LOL. You’re such an edge lord.

LOL. You’re such an edge lord.

No, I’m completely serious. I may not give a damn who I offend, but my position is based on a desire to reflect reality, not to troll.

Well the rituals surrounding dead bodies are varied, but run deep through pretty much every culture on Earth. This isn’t unique to the US. I suppose some of it is probably superstition or just a tradition in some case, but for people directly effected it offers psychological benefits and closure. Even when we find a random dead person we try to find their identity.

You’re right that there even more civilian dead, but we still process them as best one can. And it is why proof of things like the Katyn Massacre is so important. There are even cases of Native American tribes fighting over very old remains to put them to rest.

Now, you may be one of those 100% rational, atheistic people who would just “get over” a loved one disappearing and is assumed dead. Having had several encounters with death at a young age, I tend to have a pretty… weird… reaction to it that often gets confused with being cold or uncaring. But you don’t need to be an empath to see things like this are important to be people.

What a [redacted] [redacted] waste of money. They are dead. They have been dead for a long time. People need to stop thinking that their millennia-obsolete spiritual/religious need for bits of the body to be placed in special boxes and buried in special places justifies this sort of operation.

A friend of mine, until very recently, worked at this agency as a part of their forensics team. They’d receive jumbles of bones, either MIA servicemembers from overseas or unknown soldiers from domestic graves, and their job was to do their best to identify who it had been. My friend spent years as an anthropologist studying the bones of vikings; his skills were put to good use figuring out who these people had been to give their families, friends, and fellow soldiers some closure.

His job was literally to help people “get over it”.

I’m no fan of funerals or fawning over dead bodies, myself (open casket funerals are a bizarre ritual) but that’s not what this is. It’s forensics and anthropology to help people out.

People need to stop thinking that their millennia-obsolete spiritual/religious need for bits of the body to be placed in special boxes and buried in special places justifies this sort of operation.

I used to think this way, and that version of me was a Grade-A prick hopped-up on Ayn Rand and being 20 years old.

The point of view that “we know everything about reality, it’s all math, WYSIWYG” is such fallacious nonsense. The systems of scientific thinking do work and have yielded us great gains–but as a mode of living it’s tenable only up to a point.

That discussion aside, the social functions of mourning and ritual cannot be dispensed with, they are the connective tissue, the very wax of the hive. The people who subscribe hardest to the “pure reason” model of humanity also, surprise surprise, tend to be the most isolated, self-deceived loners in search of power: academics with an axe to grind, financial sharks, politicians with aspirations to fascism, etc.

I have no qualms with some of my taxes going to this agency, if it’s bringing peace to someone in the end.

I used to think this way, and that version of me was a Grade-A prick hopped-up on Ayn Rand and being 20 years old.

All the cools kids are badly paraphrasing Stirner these days. 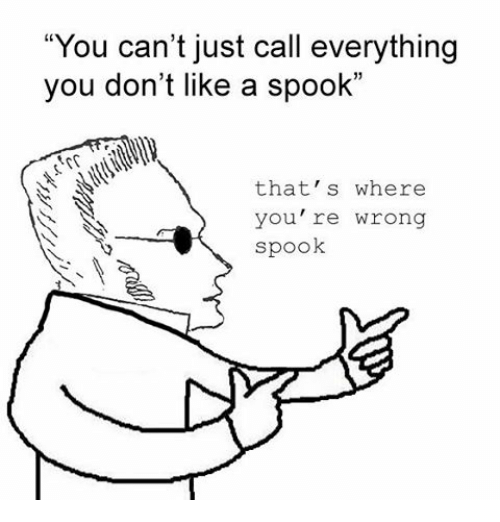 Yeah… I’ve had more than a few brushes with “the cool kids” in my life. They always seem so confident and sure.

As someone who has lost several family members in the past few years, funeral rites are there to give people a chance to grieve and come to terms with someone you love no longer being alive. It’s a shitty time. I can’t imagine how hard it must be to not know what happened to someone who died.

but my position is based on a desire to reflect reality, not to troll

That’s exactly what I’d expect a troll to say.

It is horrible to have a family member just missing for decades. Yes, it was a war, and you can make logical assumptions, but a big part of your life just gets put on “pause”. I was lucky that my Dad came back, but his best friend, who was also the father of my best friend, vanished in the early 70s, and was only recovered recently.
It is a special kind of pain.
I have been fortunate to be able to assist in the preliminary identification of aircraft wreckage in the Pacific that led to the recovery and identification of lost service members. It is a solemn endeavor. I cannot comment on the management situation at JPAC or DPAA, but the people I came into contact with were very skilled and dedicated scientists. And they took their jobs very seriously.