This new video by Donovan was directed by David Lynch

Originally published at: This new video by Donovan was directed by David Lynch | Boing Boing

It would appear so. 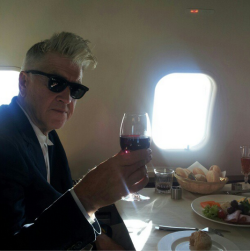 Donovan (yes, that Donovan) has a new video out for “The Shaman.” The video was directed by David Lynch (yes, that David Lynch). What connects these two artists? They are both avid prac…

I liked Sunshine Superman because it mentioned Green Lantern.

The “reverse audio, and ambient hissing,” isn’t part of the “David Lynch treatment” unless DL produced the record too

it does say “David plays his unique Modal Chord Guitar Textures and effects” whatever that means…I’m guessing “unique” means he just makes stuff up, I doubt he’s studied Allan Holdsworth…

Considerably more watchable than Lynch’s 2014 concert film for Duran Duran “Unstaged”. Lynch offers a preamble at the beginning of the film that comes off as an almost apology, asking the viewer to have an open mind about what they are about to endure.

From the AZ Times via Duranduran.com:

Do not think for a second that means this is not Lynch operating near his weirdest levels. Projections of deformed clay faces, naked Barbie dolls dancing in unison, and woodland creatures singing in harmony any time guest performer Kelis is on stage produce fits of genuine laughter that pair well with the rapturous joy Simon Le Bon and his crew are creating in the background. Also in true Lynch form, there is not a moment in the film that is not an epileptic’s worst nightmare. Even for the acclimated, nearly two hours of constant strobing began to become nauseating.

I’m a huge fan of Lynch, but I’m still parsing the visual metaphor of the eggbeater.

I like Donovan. He’s great. I’ve always been a big fan.