Quite scary to see underwater basket weaving requiring GPA close to 4 and machinery or electronics being essentially walk-in.

On the other hand it makes sure the people who get into the humanities courses are the best students…the ones most likely to get the few jobs available in the field. In STEM courses the first semester probably effectively weeds out the unprepared.

When I worked in the distance ed dept of a major US university, I had to check the reliability of the assessment tools each semester by taking the tests for all our courses. I could pass most of the senior-level “capstone” course finals for the humanities classes without looking at the answer key. For tech courses I needed to use the answer keys to get above 25%.
The failure rate for freshman humanities courses was low…for tech courses it was over 40%.

Online courses may not be the very best analog, but they are built by the profs who teach the on-campus courses.

Quite scary to see this old canard still making the rounds. It’s from the 1950s and really should have gone the way of the poodle skirt and Brylcreem.

A liberal arts degree can lead to careers in pretty much anything (yes, even med school).

Times have changed since Nixon and Bush.

Not for the Rs. When was the last time they won without one on the ticket? 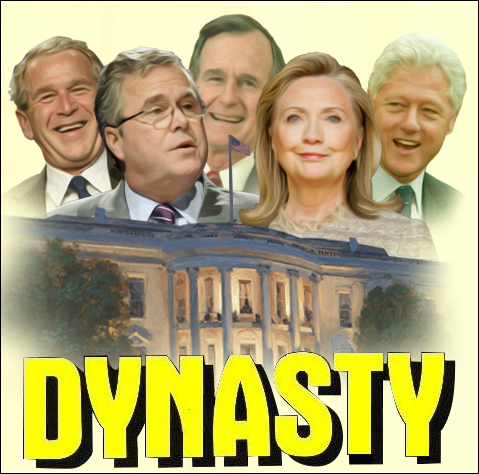 The keyword is “nasty”.

No one tell @goodpasture.

So you prefer Hilary and the unending drone war and NSA spying. Check.

My partner has a PhD in Philosophy. He is currently working at Google.

It helped that he has alot of tech hobbies and could communicate with and understand the engineers but he was specifically hired b/c of his work in ethics.

Besides, have you tried weaving baskets underwater? All well and good in your placid bathtub at home, but take off the training wheels and see how well those baskets come out from under heavy surf. It’s actually part of Navy SEAL training.

May FSM bless you with his/her noodly appendages, Mx. Cowicide!

The article doesn’t tell why either.

Oh sure it does.

One of the irksome things about the two Sanders talks I’ve heard in Iowa City this year – a previous one a local bookstore last February – is how reluctant he seems to mention the thoroughly corporatized Democratic Party as part of the problem. …

Nowhere in the two Bernie talks I have attended this year has Sanders voiced a single word against the nation’s massive Pentagon system of permanent war and empire. Nowhere does he explain how Washington would pay for the large-scale progressive social, environmental, infrastructural, educational, and health care programs he advocates without taking a giant slice out of the nation’s soulless military outlay. …

He’s a candidate who will help the corporate appointee (Mrs. Clinton) appear to have emerged victorious from “a real and open debate over the issues,” not because she’s spending $2.5 billion of mostly rich folks’ money. Along the way, he will help her and the hopelessly plutocratic US “two party system” – in which the Republicans and Democrats function as “two wings of the same bird of prey” (as Upton Sinclair put it in 1904) – seem far more progressive and populist than they really are.

So you prefer Hilary and the unending drone war and NSA spying. Check.

No. If you’re going to reply to a comment with a linked article, please RTFA.

Sorry, didn’t have the 20 minutes to dedicate to the giant wall of text that you couldn’t bother to provide a summary for beyond “Bernie isn’t all that.”

Besides, if you think Bernie isn’t that great and I assume you aren’t dumb enough to vote for the GOP, that means you’re casting your vote with Clinton, I assume. So, you’re cool with what she does and represents. Am I wrong?

Yes, you’re wrong. Clinton would be an even worse toady for plutocrats than Obama has been. And as quoted above, Sanders will only end up helping her.

Yes, you’re wrong. Clinton would be an even worse toady for plutocrats than Obama has been. And as quoted above, Sanders will only end up helping her.

So who do you recommend voting for in the next presidential election?

Sanders isn’t going to be “helping” her if he replaces her on the ballot and it is either a Democrat or a Republican in the White House, as you’re well aware. Pick your poison.

It’s too early to say. And I have no doubt that he won’t replace her on the ballot.

The next most plausible candidate seems to be Lincoln Chafee, and he used to be a Republican…

Someone with a science background probably wouldn’t be using the answer key to test whether one could pass the tests. Liberal arts folks sometimes take liberties when reporting results since it’s all relative anyway and there are no hard and fast right answers.

I was a donut once too. What a horrible month.

Perhaps you misread Jansob1’s post? (Or I did). It sounded like someone not in the STEM field taking the tests to asses them. In which case you’d need the answer key to check how well you did/how easy the test was I’d assume.
Or maybe my reading comprehension is just total ass this morning and I’m failing to read either comment correctly.

Also source for accusation in 2nd sentence? I’d really like to learn more about that if it isn’t just conjecture.