Continuing the discussion from Thousands of American kids are getting free university educations in Germany:

@milliefink, @albill, @daneel, @shaddack whoever else, why not discuss this in a different thread to avoid being lunch?

TL;DR: Bernie Sanders isn’t a leftist pipe dream so don’t support him. Also, once he inevitably loses, it’ll make us all very sad.

Meanwhile, the mantra that he can’t win is getting old and tired:

Bernie Sanders shocks with 41 percent of the vote:
http://www.politico.com/story/2015/06/wisconsin-straw-poll-surprise-a-narrow-clinton-win-118727.html

The Vermont senator’s ideas and policies have far more public support than our oligarchs want you to believe:
http://www.salon.com/2015/06/06/bernie_sanders_isnt_a_crackpot_how_democrats_can_win_big_in_2016_partner/

Yes… seems like the argument continues in the other thread when it could easily be transferred over to here. I hope no one says I didn’t do my best when their posts get gobbled up! 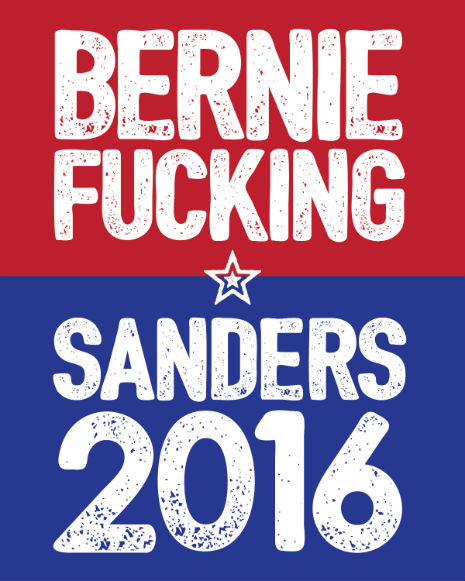 via Richard Metzger of Dangerous Minds:

My Prediction: Bernie Sanders Will Win the White House: Compelling reasons why, when the dust settles, it’s going to be a Democratic Socialist Senator from Vermont who will be the next President of the United States. Doubt it? Read this analysis.

Continuing from the other discussion, why should gerrymandering affect other political parties? If they are shifted around to further the Democrat and Republican agendas, one might suppose that they would not at all account for anyone else.

1 Like
Cowicide June 11, 2015, 1:53am #6
Thousands of American kids are getting free university educations in Germany

I have the Art of War right here in a bilingual edition with the Classical Chinese, which I’ve been working to learn to read. Thanks, though.

Yeah, but have you read it… on weeeed?

[quote=“popobawa4u, post:5, topic:59394”]
why should gerrymandering affect other political parties?
[/quote]Once gerrymandering becomes entrenched (and perfected), attempting to gather support for third parties and their candidates becomes difficult for all the same reasons it’s difficult for Democrats to win races in those areas.

You should be able to find some parallels here: 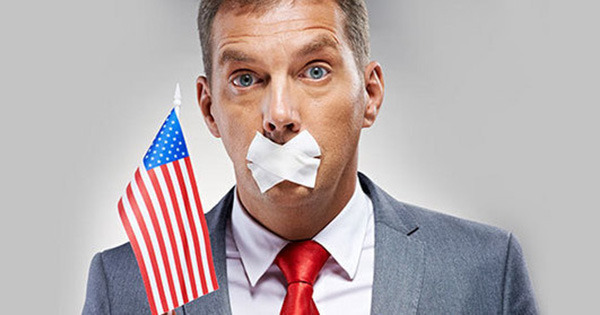 5 Ways U.S. Democracy Is More Rigged Than You Think

It turns out the craziest, most overtly bullshit political practices are perfectly legal.

Why Did the Republicans Win the House?

I recently overheard the following conversation: X: "Obama won a solid victory. The people have made their views clear. They stand with the Democratic ...

In a democracy our legislators should work for us, not the other way around. Redistricting needs reform.

Once you’ve read that stuff above, take a look at Duverger’s law and think about how district gerrymandering applied within the USA confounds the issue.

Yeah, but have you read it… on weeeed?

While I am a progressive sort, I usually stick to drinking rice wine while reading the Chinese masters. Maybe plum wine on occasion.

I-… Is that Jon Stewart? Oh man, the Daily Show REKT him…

Jon Stewart was already wrecked by rock n’ roll. Jon was in some of the same circles I was in during my hardcore punk days: 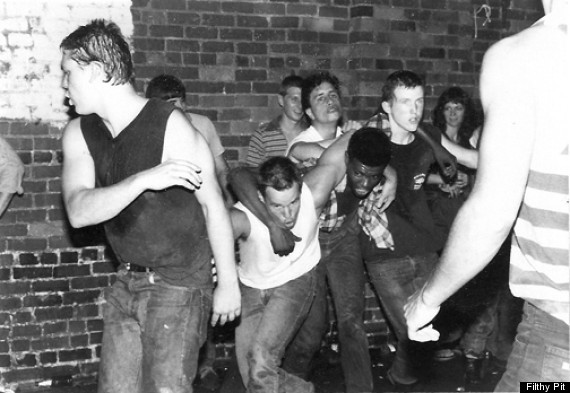 When I guess hardcore wasn’t enough… 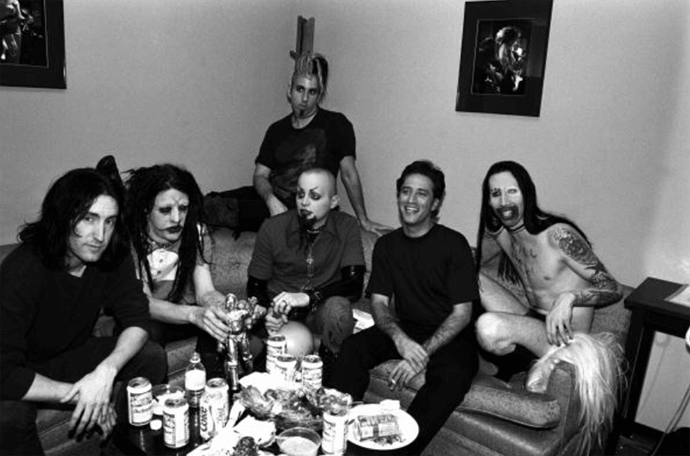 Now you know why he is leaving TDS

A lot of it was probably him thinking he could make a real difference. Then he realized that while he does manage to be a thorn in certain politicians and media companies side, he can’t make a difference because most of his audience doesn’t really care about real change. They like being in on the joke, and go all social media activist when he brings up something really bad. But most of them aren’t the type of people to go to protests, or inconvenience themselves in anyway. Plus he does have to bow down to sponsors and can’t really cut at the fat of America’s more serious and numerous problems.

Several of the people I’m closest to are enthusiastic about Bernie Sanders. I am not.

Not for the first time, I’m struck by the fact that we talk about domestic politics in the US as if there’s nothing to be learned from the rest of the world.

Take for example what’s been happening with Syriza in Greece, or with Podemos in Spain, quickly running into the limits of electoral politics. Or Mexico, which directly borders the US and with which the US has many cultural ties. There’s massive social unrest underway in five states, as left and indigenous groups are boycotting the elections in protest of the systemic corruption of the electoral system.

So I find it hard to muster much enthusiasm for Sanders, who’s gone out of his way to make it clear he has no real interest in doing anything more radical than giving lip service to aspirations for reform.

I don’t think TDS wrecked him… he was on it for like 16 years. He’s like in his early 50s now… that’s what they tend to look like.

So be specific on why you feel he’s all lip service and no substance? Or is this more about acknowledging the limits of electoral politics? Would it not matter who was in the white house because of the limitations of the system?

Wasn’t the second picture from his MTV show? He had some interesting bands on there… Diamanda Galas and John Paul Jones once, if I’m remembering correctly.

And I thought someone had debunked that top pic, though I don’t doubt he was in the scene in Jersey. 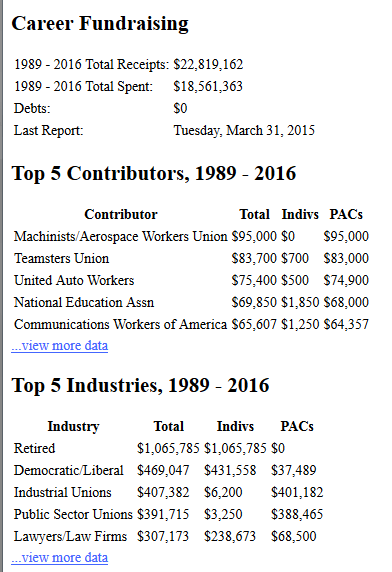 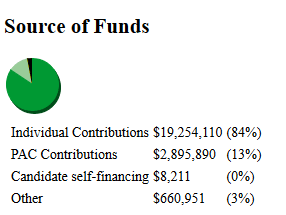 Just by those numbers alone he looks like a much more attractive candidate than ANYONE else.

I’ll have to look at how the numbers shape up more recently to see if I still like them. But this is… Really, just wow.

In the first place, yes, I’ve got the limitations of action within electoral systems in general in mind. That’s part of what I had in mind with Syriza, for instance: its origins place it well to the left of conventional social democratic parties and somewhat to the left even of Eurocommunist tendencies, but it appears to be hitting the limits of what can be accomplished through the shortcut of electoralism.

A bigger problem is Sander’s relationship with the Democratic Party. It’s not at all a democratic socialist party, and has a long history of opposing such a thing. Sanders would hardly be the first person to hope to transform it into one. However, what’s he got to back him in this? He doesn’t have an independent organization to speak of, nor any particular connection to a mass political movement.

The major parties, in the first place, are fundamentally fundraising organizations; the parties are driven by their central apparatus and by the preferences of their major donors, and not by the delegates to the conventions. As we were reminded in 2000 and 2004, the President isn’t elected directly through the popular vote, but indirectly, through an obscure process involving electors chosen by the major parties. The procedures of the party conventions are similarly obscure, and there’ve been episodes in recent years in which the parties’ central committees essentially overruled the delegates on platform positions in close votes

So one upshot is that, in order to win the nomination in practice, Sanders would have to better than simply convincing a majority of delegates to support him; he’d have to win so many that the party leadership would be unable to sweep it under the carpet.

He doesn’t need to actually win the Democratic Party nomination to have some influence on the race, of course, but this brings me to my biggest concern with Sanders: his repeated assertion that he will not be a “spoiler”. Not only has he pre-emptively disarmed himself of his greatest weapon for shaking up the election; he has made it clear that he believes the overriding priority is supporting the Democratic Party. This means that any support he attracts will be driven straight towards support for conventional DP politics, severely limiting any impact his campaign might have.