TikToker recreates his reactions to the first time he heard Nirvana, Smashing Pumpkins, Rage Against the Machine, etc.

Originally published at: TikToker recreates his reactions to the first time he heard Nirvana, Smashing Pumpkins, Rage Against the Machine, etc. | Boing Boing

You had me at gargling nails. 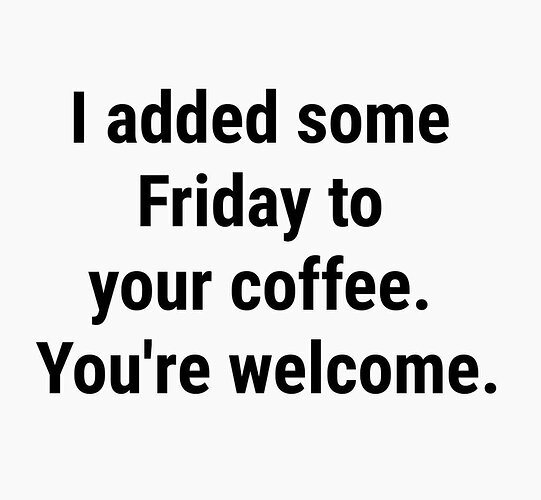 I do remember the first time I heard “Nirvana,” and I’m a little ashamed to say that it was actually someone playing the Weird Al parody on the schoolbus. But I do remember thinking that it was pretty awesome and tracking down Nevermind pretty soon thereafter.

The two other bands I have distinct memories of hearing for the first time were Cake (“Rock and Roll Lifestyle”) and Soul Coughing (“Screenwriter’s Blues”) because they were so fucking different from anything else that I had heard.

His reaction when Creep bumps it up a notch is awesome.

I remember hearing Smells Like Teen Spirit for the first time on MTV and thinking it was sort of droning and boring. It was weird that everyone just suddenly liked grunge who hadn’t been into it and my two friends who had been into it already got pissed that their interests weren’t obscure anymore.

Hearing Rage Against the Machine for the first time was something else. “Fuck you I won’t do what you tell me!” was a teenage anthem for us even if we didn’t understand what the lyrics were referring to at the time.

I just wanted to mention, that we are all, in some way or another, going to Reseda, some day, to die.

Hearing Rage Against the Machine for the first time was something else. “Fuck you I won’t do what you tell me!” was a teenage anthem for us even if we didn’t understand what the lyrics were referring to at the time.

I was totally blown away when I first heard Cake. The Distance, Short Skirt Long Jacket, Stick Shifts and Safety Belts, Never There, etc. Still some of my favorite songs today.

i love all of these but i just wanted to say that the smashing pumpkins were definitely my new favorite band when i first heard them in 1993. i thought i would never forgive my mom when she “grounded” me on the one and only time they (in that iteration) came to my state. shortly afterward, they were just not good.

Never understood the Tickety Tockety… but this takes the cake.
Thanks for the cry laugh

It took me a long time too. I finally figured it out with this analogy: As twitter is to blogs, tiktok is to youtube.

I was kinda “Meh” about Teen Spirit too. I liked it, but didn’t see what my friends were so excited about. A few weeks later I was in a nightclub with a large sound system and a song came on that made me lunge on to the dance floor. It sounded like those same guys, so I yelled in a friend’s ear “What is this song?” “Breed!” he shouted back.

Yep, I was there. Class of '90. I could do the same for the first time I heard Head Like a Hole by Nine Inch Nails. Trent Reznor’s scream during the chorus still gives me goosebumps.