Operating Thetan Level 8 achieved. Worth the wait and every penny

I think his blankness is a brilliant observation. Personally I think that’s what makes Cruise perfect for movies that could easily have been cartoons (Mission impossible, Top Gun, etc… ) People complain that he’s himself in every movie, but since what “himself” is is a blank slate, there’s no need for suspension of disbelief because he has no “self” you have to mentally scrub to be immersed in the story. The limits of animation to convey subtlety have a similar effect.

Now that I think about it, I don’t think I’ve ever wondered, watching a Cruise performance “I wonder what Tom feels about this scene” or “I wonder if Tom’s ever experienced something like this, and what he’s drawing from.” I’m literally only ever thinking “Maverick angry!” “Maverick sad!” “Maverick miss Goose”

Makes sense! But then, there’s no accounting for taste – I can’t stand cartoonish Macho Dickhead movies of that sort.

Ctrl shift face just made American Psycho into a documentary!

seriously @beschizza? yesterday I posted in yours yesterday post

days of cruise at CTRL Shift Face the voice. ohmygawd, the voice! FunFacts: in the book, bateman lives in the same house as cruise. Cruise intense friendliness with nothing behind the eyes was Christian Bales inspiration for his performance as Patrick Bateman.

but then you miss the post-credit-scene. and the shitty rammstein-song. seriously.

The even more interesting thing was that the author lived upstairs from Cruise while writing the book and was deeply closeted at the time, using the exploits of what he thought about his downstairs neighbor as a proxy for the all American pretty boy psycho all the while folks had thought the author was writing from his own experience (not the murders…maybe the murders). So…kinda worked out for everyone to use Cruise.

Though what is even more interesting is that the author admitted some time ago he was the one that originally spread the rumors about Cruise being the closeted one because he was a little jealous. Which is kinda petty, but kinda funny. Still one of my favorite authors!

Should have been Jerry Seinfeld.

I have intentionally avoided learning to do this in After Effects because I know it would become the only thing people know me for.

Wasn’t it reversed in the book? Didn’t Tom Cruise occupy the penthouse of the Marven Gardens building where Patrick Bateman lived?

The one time Patrick saw Cruise in the elevator he was actually at a loss for words and blurted out something stupid and not cool sounding.

Going to have to say this isn’t one of his best. The reason why I like “American Psycho” has to do with how passionately Bateman cultivates his vacuousness. He imitates being human by imitating the criticism that (I assume was) prevalent in Esquire and GQ and other “mens magazines” of the time.

While I could believe that Cruise could speak such banalities with similar passion, I don’t believe that anyone else, much less a computer, could successfully pull it off as Crusie. We watch American Psycho because Christian Bale could pull it off.

Watching the show also made me realise what’s so un-stomachable about Phil Collins, and why The Pet Shops Boys of the same era were such geniuses by comparison. Sussudio brings me out in a cold sweat; the production, the drum machine, the inane sincerity of the lyrics; there’s no colder or more superficial sound in popular music, precisely because it takes itself so seriously. Whereas the PSB - or even the Human League, whose music is also used here - turn that celebration of technology on its head, reflecting and distorting that superficiality back to us, and showing up the hollowness of the age for what it is - which is why Actually endures where No Jacket Required is unlistenable to today. 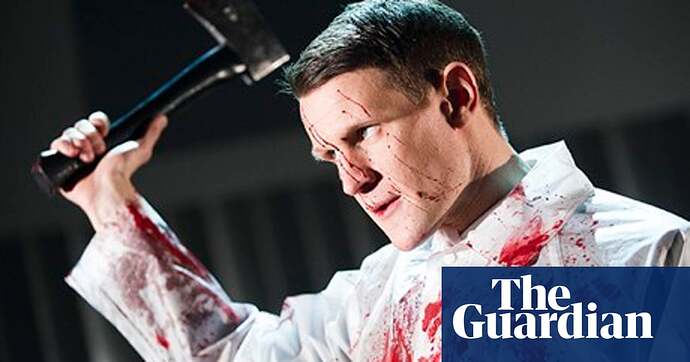 Unlike the film, the score used in the musical version creates a strange sense of compassion

Sussudio brings me out in a cold sweat; the production, the drum machine, the inane sincerity of the lyrics; there’s no colder or more superficial sound in popular music

Maybe he should have stuck with the Fairlight.

I has been a long time since I read the book. I just thought it was funny that he showed up in the book, and at the time, every damn interview with the author. BEE was kinda obsessed with him for a while. Weird and interesting dude…

Cruise is just a shark with good hair.

Wasn’t it reversed in the book? Didn’t Tom Cruise occupy the penthouse of the Marven Gardens building where Patrick Bateman lived?

yes. and it drove bateman nuts that cruise and not he had the penthouse.

The limits of animation to convey subtlety have a similar effect.

I’d say that animation has come a long way in that regard. I think that they did a great job in creating emotive characters in Adventure Time or Steven Universe, say. I think anime, especially after the success of Miyazaki has a lot to do with that…

Tom Cruise, not so much.

Also, @milliefink, I think he was okay in Minority Report, too. But most of the time, I’m just sort of meh with his acting. It’s fine, but he’s no Daniel Day Lewis or Denzel Washington.