Tonight Is The 78th Anniversary Of Kristallnacht, And The Nazis Are Celebrating Their Resurgence

Kristallnacht. The Night Of Broken Glass. 78 years ago tonight.

And now, literal signs of history repeating itself: 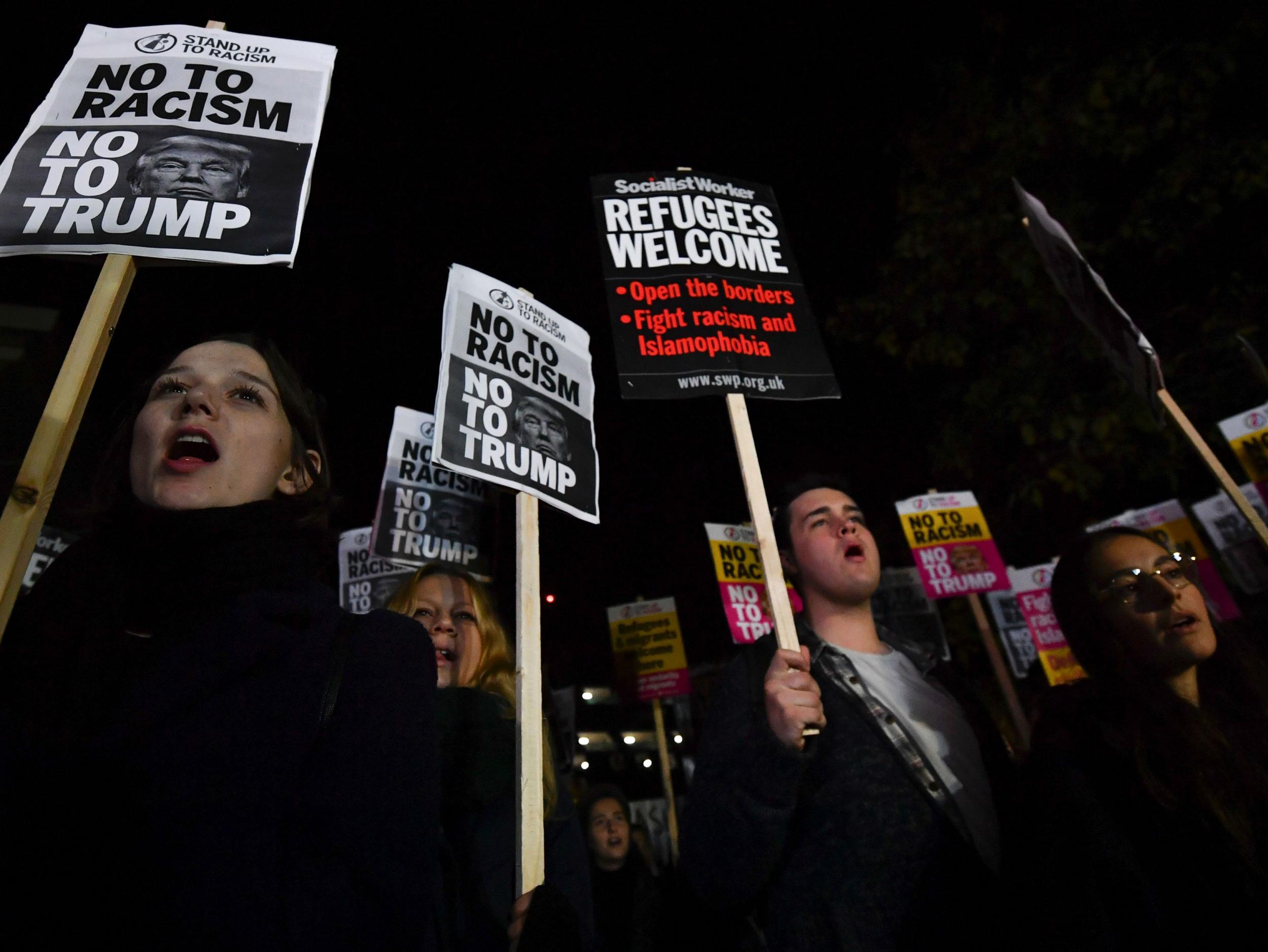 Today is the anniversary of Kristallnacht. This is Philadelphia today

On 8 November 1938, Nazis in Germany set fire and destroyed Jewish homes - today the vandalism in the US is an eerie reminder of the not so distant past

78 years ago, the entire Munich branch of my family was arrested and sent to a concentration camp.

And now, well, history is repeating itself.

In the 1920s the Nazi Party expanded beyond its Bavarian base. Catholic Bavaria maintained its right-wing nostalgia for a Catholic monarch; and Westphalia, along with working-class “Red Berlin”, were always the Nazis’ weakest areas electorally, even during the Third Reich itself. The areas of strongest Nazi support were in rural Protestant areas such as Schleswig-Holstein, Mecklenburg, Pomerania, and East Prussia. Depressed working-class areas such as Thuringia also produced a strong Nazi vote, while the workers of the Ruhr and Hamburg largely remained loyal to the Social Democrats, the Communist Party of Germany, or the Catholic Centre Party. Nuremberg remained a Nazi Party stronghold, and the first Nuremberg Rally was held there in 1927. These rallies soon became massive displays of Nazi paramilitary power and attracted many recruits. The Nazis’ strongest appeal was to the lower middle-classes – farmers, public servants, teachers, small businessmen – who had suffered most from the inflation of the 1920s, so who feared Bolshevism more than anything else. The small business class was receptive to Hitler’s antisemitism, since it blamed Jewish big business for its economic problems.

And I just got an email from a triumphant Neo-Nazi Redcap telling me that they’re planning on putting in a mass order for striped prisoner outfits.

I can only pray that we manage to avoid a second Reichstag Fire that Trump can use as a pretext to purge his opposition.

Perfect. Just what the world needed.

Rightfully so. We should all terrified for each others, for vulnerable groups in our society, for the future. I’m sorry these assholes are sending you this shit.

Weirdly, it’s also the anniversary of when the East German government opened it’s borders in Berlin?

Weirdly, it’s also the anniversary of when the East German government opened it’s borders in Berlin?

Yup, that’s why we got stuck with the much less emotionally significant official reunification as our modern national holiday.

It is also the day the Weimar Republic was proclaimed in 1918 (and the competing socialist republic that didn’t catch on.)

and Robert Blum, one of the more visible figures in the years before the 1848 revolution, was executed on that date

Hi everyone not paying attention out there! Hi!!!

This is a real, significant risk. The safety and freedoms we grew up with are under erosion.

Everyone must pick a fight, and fight it, to keep this stuff back. Be it protection from online surveillance, assisting wrongly and unjustly accused people, reminding people of the history of racism and bigotry - do it. Don’t do nothing - this really isn’t the time. Not now, and not for 50 years. We’re in it for the long haul.

If you just sit and wait, you’l find you are walking backwards through time.

Don’t do nothing - this really isn’t the time.

Might have been the last election in which some of us still have a vote.

This is going to be a real, real test of the constitution and the ability to uphold it.

Or at least, the ability to amend it.

And I just got an email from a triumphant Neo-Nazi Redcap telling me that they’re planning on putting in a mass order for striped prisoner outfits.

Since it seems this isnt the first time, are you in contact with law enforcement?

Since it seems this isnt the first time, are you in contact with law enforcement?

They laugh it off and tell me to grow a thicker skin.

@bibliophile20 can’t, by themselves, close a police facility…

Don’t forget the advice to stalk them when they’re off duty to harass them. That’s actually legally actionable and morally reprehensible.

Why is that once people tell me that something I have said is off-topic, they keep discussing my remarks even after I have dropped it? Please do make up your minds.

I did not say to harass them, that seems to be an example of you making an effort to characterise my remarks for others. An “officer”, be they of a police department or a corporation, are still technically on the job at all times. That is why off-duty cops still arrest people. I said that you could talk to them about their progress on those people you reported were bothering you, and it was you - the person I was trying to help - whose imagination filled this in as constituting harassment. If you suppose that the police wouldn’t interview you at your house, you are kidding yourself. Your moral high-ground appears to depend upon a double-standard.

Whatever “actual power dynamics” you work from in your daily life don’t sound very good to me either. It sounds rather defeatist and irresponsible by my standards. I do find the few discussions we’ve had on here interesting, as you demonstrate a lot more rigor here than most in analysis of my reasoning. I respect this because such honesty is difficult to come by. But our civic values do appear to be somewhat at odds.

Anyway, considering how poorly things are going with regards to Trump, perhaps we are better off not contributing to the malaise by quarreling over my advice. It was not my intention to insult you over differences we apparently have. If my remarks were unhelpful or troubling to you, then I apologize.

This topic was automatically closed after 100 days. New replies are no longer allowed.