It looks like, if Paramount capitalized the title to, “TOPGUN”, they could claim prior art.

I always figured they were inspired by this one: 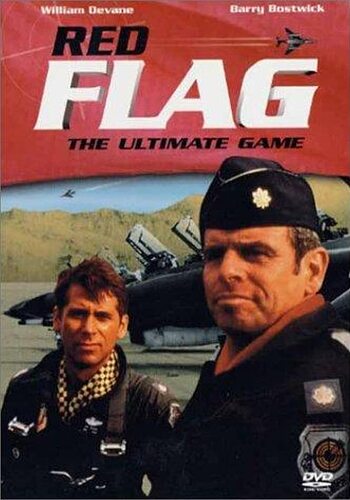 (Not addressing the actual copyright issue, of course)

“I feel the need; the need for greed!”

I’m convinced contracts are largely a self-perpetuating grift, in that much of what people end up spending on lawyers seems to be a direct result of spending money on lawyers in the first place. This suit would be pretty tenuous if the original producers had never signed a contract with the magazine, but now that contract itself can become a gold mine of expensive argument, regardless of how silly the underlying claim is.

58 libertarians have entered the chat

It may sound like a sovereign-citizeny point of view, but just think about it: “contract” → contractions → labor → socialism → Soviet communism. It’s like They want you to know.

I was going to say, it is what they Navy school is called, at least colloquially. Which is where the title of the article got it. Which doesn’t seem like a copyrightable thing. Trademarkable, perhaps.

If this movie has nothing to do with the article other than the name - I feel like that is a pretty tenuous copyright claim.

Like the recent lawsuit against Mariah Carey for “All I want for Christmas is You”. That one is ridiculous.

My joke was that, to libertarians, the contract is the highest form of document that can ever exist, to the point of having religious zeal about it. They want to build a civilization around it and nothing else.

the thing about contracts is there’s only one thing that makes them disappear.

Usually fire. Or an invisibility spell.

A fiddle-playing contest with the Devil?

Found a copy of the original article:
http://www.topgunbio.com/top-guns-by-ehud-yonay/