Trumbo movie coming out this fall

I think I’ve mentioned before that my wife’s maternal grandfather was screenwriter Dalton Trumbo. Jay Roach (Of Austin Powers fame) has directed a movie about Trumbo’s experiences during the Hollywood blacklist. The trailer just got posted today, and you can view it here:

I saw a rough cut of the movie a few months ago, and I really enjoyed it. The script strays a bit from historical accuracy in several not-all-that-important ways, but the overall story is well-told, I think, and Bryan Cranston is predictably excellent. I’m inclined to think this movie would go over well in the BB community. The messages about freedom of thought, of association, of speech, are all as timely today as they were during those troubled days.

Trumbo comes out in November.

This is awesome. Roman Holiday is an all time favorite movie for me, and I had forgotten he wrote Gun Crazy which is a favorite B-movie noir of mine.

His Oscar for Roman Holiday is in our dining room. It’s all scratched to hell, since his widow Cleo’s cat Beans liked to gnaw on the statuette’s head.

Louis CK and John Goodman seem to have great roles. I’ll check it out.

A couple of interesting articles were posted this week in “the trades” about the upcoming Trumbo movie.

Screenwriter Dalton Trumbo had it all — wealth, fame, Oscars. But he refused to name names for the House Un-American Activities Committee during the Cold War, and was branded a national threat. Now, with Jay Roach directing, the man whose name was...

Who Broke the Blacklist? ‘Trumbo’ Splits the Difference in Battle for Credit

Kirk Douglas has insisted for more than a quarter century that he is the man who “broke the blacklist.” By demanding Dalton Trumbo get credit in 1960 for writing “Spartacus,” the screen icon assert…

Well this has some of my favorite actors of all time. If they were silently mouthing Banana for two hours I’d still probably still see it.

Wait, can we get Helen and John Goodman to silently mouth banana for two hours?

“Mouthing banana.” Is that what you kids call it these days?

Just look at them.

The critic at Roger Ebert’s site didn’t love it:

I also found two articles by Ebert himself about the man, in case it interests anyone. I do enjoy reading his opinions on almost anything, but that’s me. 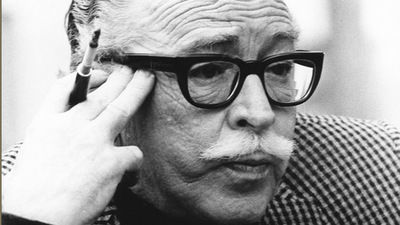 Dalton Trumbo's "Johnny Got His Gun" seemed for years to be one of those novels that could never be made into a movie. It took place entirely within the mind of a soldier who was so grievously wounded in World War I that he had only the most tenuous...

I met Dalton Trumbo only once, five years ago, but he made an impression I've not forgotten. The meeting was for lunch, long and leisurely, on the occasion of the opening of his film, "Johnny Got His Gun." Trumbo had directed the film at the age of...

Yeah, I read Tallerico’s review yesterday, and it’s not far wrong. Cranston (and the rest of the cast, for that matter) is excellent, but I can’t help but feel that McNamara’s script isn’t as great as he himself thinks it is, which is unfortunate (and more noticeable) considering whom he’s writing about.

That said, I still found the movie hugely entertaining, and close enough to the larger truth of the story that I feel it’s really worth watching. And Cranston and Roach deserve a lot of credit for making the movie as good as it is. They both approached the project with humility and a keen interest in getting it right.

Now, the Guardian’s review that @daneel linked to is another story. I won’t quibble with much of what Barnes has to say about the overall quality of the movie, but by the end of the review he begins to come across as somebody who has an all-too-common bone to pick with some monolithic “Hollywood.”

As an exercise in celebrating the bravery of one man holding tight to his fundamental rights, Trumbo is a winning, lively film, likely to go down extremely well with Oscar voters, if only so they can be seen to publicly say how terrible the whole thing was. At the same time, with the Marvel Cinematic Universe gearing up for phase three and Fast and Furious 8 on the grid, it’s an odd moment for the industry to be delivering lectures on risk, courage and nobility. It’s a stretch to compare denying someone their right to free speech with Vin Diesel churning up the road in a sports car of course, but Trumbo does play into Hollywood’s narrative of itself as sophisticated, liberated and pure. Raise a sceptical eyebrow to that one.

I am not sure what any movie about Dalton Trumbo has to do with the MCU or the Fast and Furious movies. Hollywood is a weird town, but it’s been able to deliver both Serious Drama and something like The Three Stooges simultaneously in any given calendar year of the past century. And it’s strange how much he goes on about Hollywood and “the industry” as if Trumbo were a “Hollywood” movie, made in and by Hollywood, by one of the major studios, instead of the low-budget indie flick it is, made about Hollywood, but mostly shot in Louisiana.

I’ll have to ask my mother-in-law if Trumbo really earned a five-minute standing ovation at the Toronto premiere. Wikipedia says it did, but Wikipedia sometimes lies.

Anyway, it currently has an 89% on the old Tomatometer, with nine reviews counted so far.

Bryan Cranston was interviewed on The Frame today, and spoke about pay equality and Trumbo. Part of the interview can be heard here: 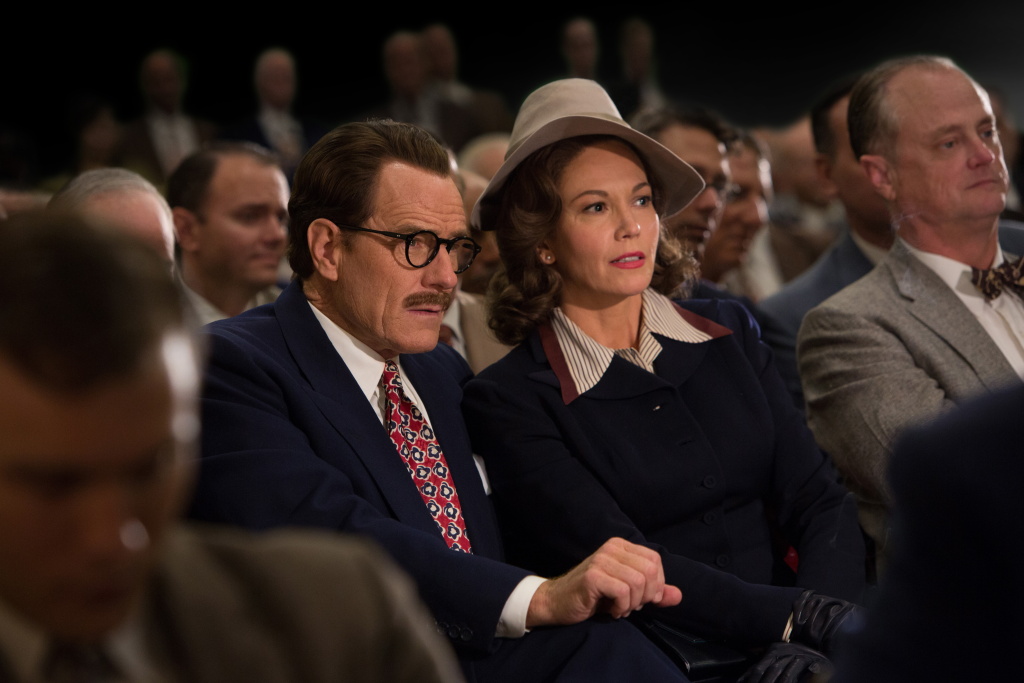 He’s a smart and sensitive guy.

One of the Hollywood Ten

One of the Hollywood Ten is a 2000 Spanish and British bio-picture. The film was written and directed by Karl Francis. The drama focuses on screenwriter/director Herbert Biberman and his efforts to make what would become the historic political film, Salt of the Earth in 1954, produced without studio backing after he was blacklisted for belonging to the American Communist Party.

I have not! I’ll have to check it out. Thanks!

(Seriously, what they did to him Godzilla was a travesty.)

what they did to him Godzilla was a travesty.

Hell, what they did to Godzilla in Godzilla was a travesty, but really you’re right: Cranston was criminally wasted in that movie. Maybe that paycheck allowed him to take on the relatively low-budget role of Trumbo.

I just wish the script for Trumbo was as good as the subject matter deserved. But at least there are some really good performances.

This topic was automatically closed after 555 days. New replies are no longer allowed.