The sleazy I can sort of forgive. The “they go low, we go high” doesn’t work on Republicans, it won’t shift squat.

The risk of this? BIIIIGGGGGGG problem.

Please tell me we’re not taking Meijer’s word on this? Whether he bucked his party regarding Impeachment #2 or not, he’s still a lying shithead.

Ultimately, Republicans are responsible for their own shitty candidates, because not even 45 happened in a vacuum. This is the culmination of over 50 years of Republican political strategy. Blaming it on Democrats is still ratfucking.

The nation is always better off when both parties run the best, most qualified candidates they have.

“They go low, we go high” isn’t a strategy meant to win over the deplorables. It’s a strategy that helps convince Democratic-leaning voters that it’s worth their time to vote at all.

I’m sorry but the tone of this piece relies fundamentally on the fallacy of the, “good Republican.” We must always remember that the modern MAGA cultist only exists thanks to the efforts of the baseline conservative. Acting like one was significantly better than the other is just a display of ignorance. George Conway is not better, or more desirable than Kelly Anne. They’re both horrible people who have devoted their lives to making the world worse. If the Democrats have made efforts to increase the odds that we can remove this toxin which is straight up trying to end our democracy, that’s good. Your complaints? Sad.

The new Michigan 3rd district (Michigan has a new fairer non-partisan redistricting process for US House districts) was +9 Biden over Trump in 2020, so not running against a “moderate” republican with hundreds of millions of dollars from his grandfather’s department stores is a solid move. The Democrats ad campaign “helped” by pointing out that Briggs is a whack job, too conservative for Michigan. The fact that this helped him in the Republican primary says all you need to know. This post is pretty blatantly ignorant of the electoral realities here, and pretty disappointing to see on BoingBoing

Why Democrats are paying for ads supporting Republican primary candidates

Democrats are buying ads supporting far-right GOP primary candidates, in the hopes of facing them in the general election — a strategy that former Sen. Claire McCaskill of Missouri tried in 2012.

The House Majority PAC is affiliated with Democratic House Leader Nancy Pelosi. The strategy playing out in many states goes like this - Democrats give a boost to Republican primary candidates with extreme views, hoping they will be less competitive in a general election than a more moderate GOP candidate. It’s a risky move with potential to backfire. Former Senator Claire McCaskill is a Democrat who has talked about how she used this tactic to win her race in Missouri in 2012.

The sleazy I can sort of forgive

i’ll ignore it because i have to. forgive not at all.

my understanding is that the ads don’t lie. they merely repeat the candidate’s existing positions. but since those views are toxic, spreading them around helps it all seem normal, which helps it gain traction

( edited for clarity. i think )

My concern with this strategy is the risk/reward ratio, not the “sleaze” of it. Republican voters carry the responsibility for their votes, not the Democrats, no matter how much money the Democrats throw behind absolute lunatics.

I just worry about what happens when one of those absolute lunatics pulls an upset victory out of a hat.

It’s terrifying to think that the future of democracy in the US hinges on Shapiro defeating Mastriano in PA.

It’s also concerning because the entire logic of this is predicated on the “median voter theorem”, which seems to be the root of all Democratic strategy but also has no basis in reality at all. It assumes people vote according to the issues that concern them, not as an expression of their identity as a voter- something the Republicans have exploited to great success.

The Democrats ad campaign “helped” by pointing out that Briggs is a whack job, too conservative for Michigan. The fact that this helped him in the Republican primary says all you need to know. This post is pretty blatantly ignorant of the electoral realities here

So you are saying the WaPo and NPR reports claiming that the Democrats spent money supporting Gibbs’ primary campaign are objectively false?

The new thing this year is PACs producing commercials that attack candidates for allegedly accepting contributions from “the other side”.

From what I recall Meijer had something like 10x what Gibbs did for campaign funds. As of June 30 Meijer had $1.4m in the bank to Gibbs’ $140k.

“Democrats” spent $400k across Gibbs’ entire campaign. Meijer was bringing in more than that per month.

And that’s every time I poke this with a stick. “Democrats are funding MAGATs” is coming out of Republican mouths. But any actual money involved is a pittance.

There doesn’t seem to be much in terms of actual direct contributions either. Some Democratic associated groups are independently buying some ads.

Gibbs didn’t win this by outspending Meijer. And you can’t even say DNC money kept his campaign afloat.

This hand wringing and pearl-clutching is ridiculous — it’s a Biden +8 district. This outcome radically increases the chances that a D takes the seat. It;’s not like this dude was going to vote for Pelosi for speaker over McCarthy.

Although the move — gaming the system by supporting the more extreme Republican — has worked in the past, it’s risky, not to mention sleazy.

Sleazy? Meh, I don’t know about that. If the shitty opponent wins in the primary, they win the primary. It’s as simple as that. It is definitely risky, though. “Playing with fire” is an aphorism I’ve often heard repeated when people are talking about this strategy.

There seems to be this idea these days that if the most fringe, extreme, and supposedly “unelectable” person gets put on the ballot against a D opponent, then the D opponent will win. Either because R voters switch sides in disgust or simply stay home.

This calculus doesn’t seem to be taking into account that R voters by and large seem to be elevating these fringe, extreme, and unelectable people into positions of power. These candidates are putting their abhorrent views on full display with no obfuscation, and R voters have by and large decided they are perfectly fine with it. In fact, they like these people because they can hurt others that they don’t like. (Just like Jesus would have wanted.)

So, maybe this will work but it seems like a hell of a gamble to be taking right now as the world burns from around us.

Even the NYT gets it. Don’t support any Republican. 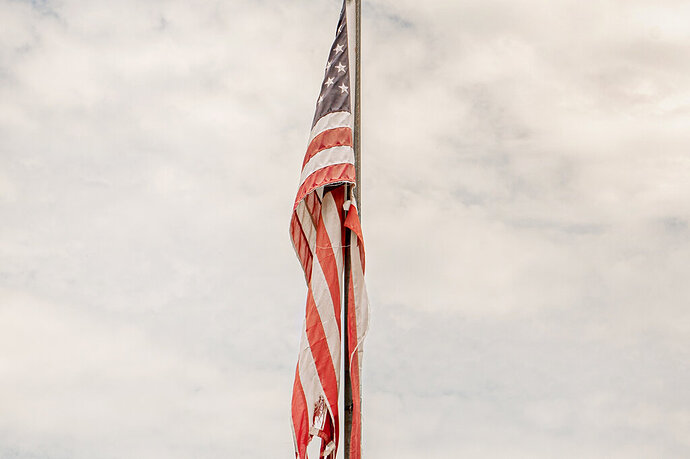 Opinion | A Cynical Low for the Democratic Party

Selling out democratic principles is not the way for Democrats to hold on to their slim House majority.

I would caution folks who aren’t from Michigan to listen to the locals here on this one.

Meijer isn’t some moderate. He and his family are tied in with the Princes and DeVoses. They are the Lawful Evil to 45’s Chaotic Evil.

Just because Betsy DeVos resigned on Jan 7 doesn’t make her any less evil. It just means she has an eye on her own self-interest.

This hand wringing and pearl-clutching is ridiculous — it’s a Biden +8 district. This outcome radically increases the chances that a D takes the seat.

Even in a best-case scenario putting far-right radicals on the ballot for the general election pushes the Overton window to the right. So even if it helps the Democrats win a few elections it’s still a shitty long-term strategy and it’s bad for American political discourse.

Just because Betsy DeVos resigned on Jan 7 doesn’t make her any less evil.

Right? Those that resigned on Jan 6/7 are being lionized as if they did some noble sacrifice, but where were they the rest of Trump’s presidency? And with some 13 lame duck days left, all they were really accomplishing was making the transition effort even more difficult. 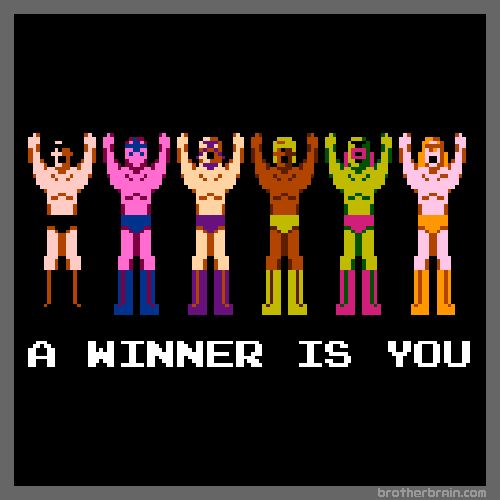 Also I doubt so many would have resigned if they’d realized at the time that the vast majority of Trump’s supporters would remain loyal even in the wake of the insurrection.

I’m sorry but the tone of this piece relies fundamentally on the fallacy of the, “good Republican.” We must always remember that the modern MAGA cultist only exists thanks to the efforts of the baseline conservative. Acting like one was significantly better than the other is just a display of ignorance.

Exactly. Also, those raising concerns about election and campaign tactics being “sleazy” or “risky” clearly haven’t been following US politics. We’re living through the results unbelievably scary, long-term planning to undermine much more than the outcome of elections by Republican groups and the Republican Party. On one hand, folks complain about the Democratic Party not doing enough to counter their machinations, not playing hardball, going high while the other side has gone so low, etc… When they do take action, they get nothing but complaints, too.

I’d rather see more efforts like this, using their own people and policies against them. Sure, there are some voters on board with extremists on the ballot. However, we’re now seeing open conflict within the GOP trying to control (or purge) those who won’t follow the party’s chosen leaders. This is an ugly fight we’re in, and we cannot expect those fighting it to pass purity tests and remain spotless.

Electioneering has become more and more data driven every cycle - the hope of course is that Dems and their backers will be on top of this and see this as a tool to deploy strategically, not a blunt instrument.

However, I worry that this approach could sideline more progressive candidates, since the centrist Democrat will look like Che Guevara in comparison to whatever extremist gets selected in the Republican primary. Then again, maybe those candidates don’t have a real shot to begin with.

Another unintended consequence could be the narrative that emerges. I can see some independents and more moderate Republicans still voting for someone like Biggs out of spite for what they see as a cynical and manipulative way of trying to influence the primary.